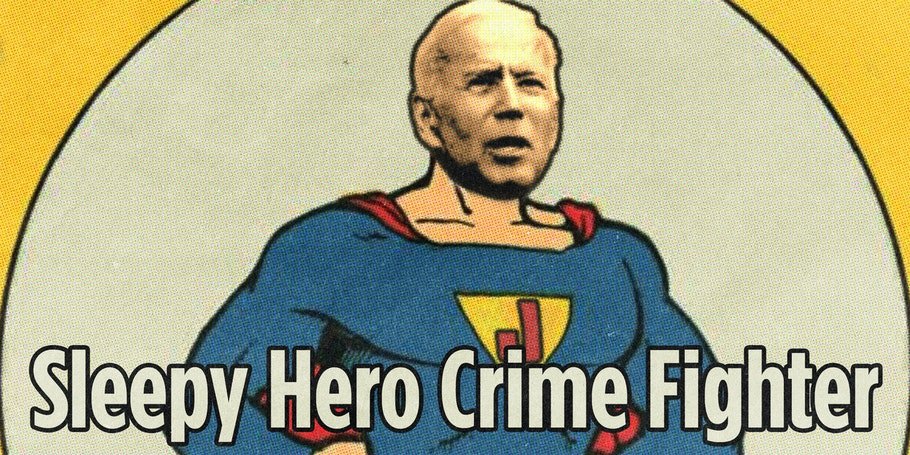 Surging violence is the direct result of Democrat urban politics and policies, not a “gun problem.”

Feckless Joe Biden did not show up in New York this week to pay respects at the massive memorial for the most recent NYPD officers murdered by thugs, who are among those who have been emboldened nationwide by his Democrat hate-hustler defund-the-police platform.

As I noted earlier this week, in May of 2020, cop-hating Democrats used the unjustifiable death of a criminal thug as fodder to promote the BIG Lie that our nation was besieged with systemic racism. On that lie, they launched their “defund the police” movement — and painted a target on the backs of cops nationwide.

The direct result of that platform has not only been the record murders of law enforcement officers, but surging crime nationwide. And mark my words: That surge will metastasize in Demo-controlled cities that have severely restricted the ability of police to confront and pursue criminals. Once the perpetrators in the broader criminal culture festering on Demos’ urban poverty plantations take full advantage of these “free-crime zone” policies, violence will continue to increase at a significant pace.

While he missed the memorials, Biden did drop in a day later for a crime confab at the NYPD.

Why? Biden’s abysmal polling remains in a deep hole, and his approval rating is the worst of any first-year president in 50 years. He has just awakened to the fact that the economy and crime are at the top of America’s list of concerns.

That is driving two big Biden political pivots ahead of the midterm elections. The first is to declare he has “shut down the virus” so we can stop the devastating Demo shutdowns. And the second pivot is to declare that Demos are the party of police defenders, not police defunders.

And to launch that latter pivot, Biden popped in to the NYPD’s One Police Plaza after the murdered police memorials to declare himself a crime-fighting super hero who’s come to save Mayor Eric Adams and the rest of the nation. Adams, a former police officer and one of the very few big-city leaders who rejected the Demos’ defund-cops platform, was the only Demo mayor Biden could use as a prop for his pivot. Noticeably, he was not hugging Manhattan’s crime-loving DA, one of many socialists funded by George Soros, et al.

Predictably, Biden used the confab to again declare that systemic crime — the direct result of Democrat social polices — is a “gun violence” problem, thus insisting that a renewed assault on the Second Amendment would solve that problem. To that end, there is new evidence that the Biden administration is illegally tracking firearm sales.

However, the fact is, crime is a criminal problem, and the Demos have unleashed their dogs on millions of innocent victims — most of whom had no ability to defend themselves. Murder in Demo-controlled cities is approaching record highs as other violent assaults and property crimes skyrocket.

Biden hopes to dupe his constituents into believing that his new so-called “police reform” executive order will help fight crime, when in fact it is just more of the same Demo tripe.

But Republican senators preempted Biden’s order by exposing how it further disables cops from doing their jobs, noting: “Police officers will face a grim reality if this EO is enacted. … Violent crime will continue to skyrocket when police officers are unable to stop these crimes and save innocent lives.”

The New York Post editors noted: “He didn’t breathe a word about a single real solution to the city’s rising violence and crime. Background checks, assault weapon bans, [and] red-flag laws have nothing to do with what’s plaguing minority neighborhoods here and around the country. … If Biden really wanted to boost Adams’ agenda (and turn around his own failing political fortunes), he could have called out the extremists in his own party who block even the most minor reforms.”

As Senator John Barrasso (R-WY) wrote in the Post: “The American people know the truth. They utterly reject his reckless anti-police agenda.”

This year, thanks to Biden and company, there will be an increasing number of memorial entries on our End of Watch tribute page to murdered police officers.

By MARK ALEXANDER February 4, 2022 in Leftist Biden/Harris Regime Surging violence is the direct result of Democrat urban politics and policies, not a “gun problem.” Feckless Joe Biden did not show up in New York this week to pay respects at the massive memorial for the most recent NYPD officers murdered by thugs, who are among those who have been…

By MARK ALEXANDER February 4, 2022 in Leftist Biden/Harris Regime Surging violence is the direct result of Democrat urban politics and policies, not a “gun problem.” Feckless Joe Biden did not show up in New York this week to pay respects at the massive memorial for the most recent NYPD officers murdered by thugs, who are among those who have been…