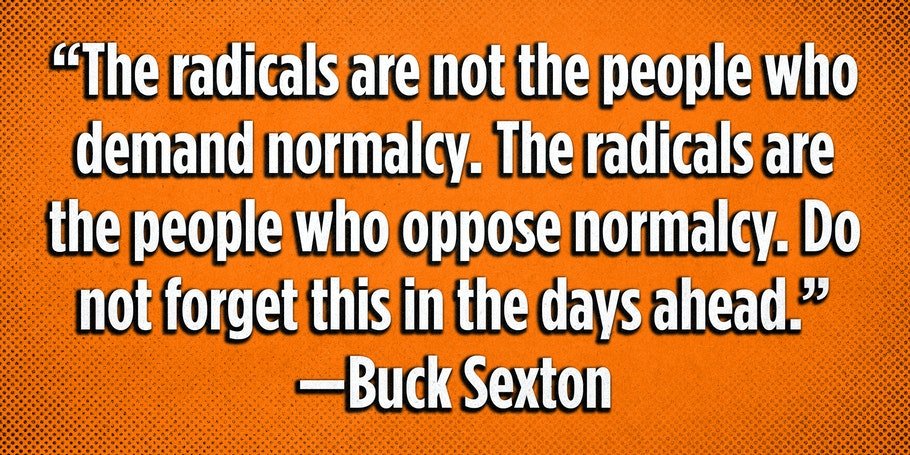 By JORDAN CANDLER February 4, 2022 in Quotes

“It is a sobering fact that the prominence of central banks in this century has coincided with a general tendency towards more inflation, not less. [I]f the overriding objective is price stability, we did better with the nineteenth-century gold standard and passive central banks, with currency boards, or even with ‘free banking.’ The truly unique power of a central bank, after all, is the power to create money, and ultimately the power to create is the power to destroy.” —Paul Volcker (1927-2019)

“CNN spent a year giving cover to the many scandals involving the Cuomos while the president of the network was having an affair with his colleague, who happened to be Andrew’s former comms director. And corporate media wonders why we trust Joe Rogan more than them.” —Mercedes Schlapp

“You couldn’t buy a cannon when [the Second Amendment] was passed.” —Joe Biden

“Not only was it legal then, it’s legal now.” —Mollie Hemingway

“Biden is historically illiterate. Washington sourced privately-owned cannons for the War of Independence. Even the pilgrims brought their own civilian-owned cannons with them on the Mayflower.” —Dana Loesch

“In fact, much of the artillery used by America during the Revolution was privately owned. There is no United States without private artillery, which is why the British government tried to ban American industry from even manufacturing cannons.” —Sean Davis

“Until 1981, this powerful body, the Supreme Court, was all white men.” —Senate Majority Leader Chuck Schumer

“Let it be known that a Chuck Schumer staffer wrote a speech for him without knowing that Thurgood Marshall had been a Supreme Court Justice in the 14 years prior to 1981.” —Greg Price

“We need to get down to the root problem, which is the fact that Republicans are the ones that are defunding the police.” —”The View’s” Sunny Hostin

“Shut Up,” She Explained

“I would say to our [Olympic] athletes: You are there to compete. Do not risk incurring the anger of the Chinese government because they are ruthless. I know there is a temptation on the part of some to speak out while they are there. I respect that. But I also worry about what the Chinese government might do to their reputations, to their families.” —House Speaker Nancy Pelosi

“If she believes US athletes should be silent about China’s genocide because the CCP’s reprisals would endanger the safety of athletes & their families, that’s a very strong case that the US should not be dignifying this disgrace with our presence in any way.” —Guy Benson

“Imagine that an adult male wants to have sex with a 12-year-old girl. Imagine that she’s a willing participant. [It’s] a very standard, very widely held view that there’s something deeply wrong about this, and it’s wrong independent of it being criminalized. It’s not obvious to me that is in fact wrong. I think this is a mistake.” —State University of New York at Fredonia professor Stephen Kershnar

“The notion that it’s wrong even with a one-year-old is not quite obvious to me. … No, I don’t think there’s a blanket period beyond which this is permissible if we’re interested in willing participation. … I don’t think it’s blanket wrong at any age.” —Stephen Kershnar

“[Children] seem to will things all the time. They will participation in kickball. … There’s all sorts of things that they will. You might think, ‘Well, maybe there’s something distinctive about sex that they can’t really understand it.’ It’s not clear to me that what they’re not getting at is consent. … There’s lots of activities that children engage in that they don’t understand all that well.” —Stephen Kershnar

“Here’s a rule of thumb: If you don’t know whether something has expected good or expected bad consequences, the thumb on the scale should go to liberty. So if we don’t know whether willing sex with 15-year-olds is going to have net good or bad consequences … we should know that it does pose a risk for those and only those willing participants. I don’t think we know that.” —Stephen Kershnar

“There is good reason to believe that there’s actually a strong benefit to adult-child sex. Now what is that benefit? I’m not entirely sure. It might be that people [are] getting acclimated to sexuality or they’re getting, you know, prepared for a long-term bond. Or it might be something else. It might be that you’re bonding families together. … But I would claim that in evolutionary terms, as best we can determine, it’s more likely than not there’s a strong evolutionary case for adult-child sex.” —Stephen Kershnar

“If it is harmful, we can’t decide whether the harm is due to the sex itself or the fact that society goes berserk over it.” —Stephen Kershnar

“I don’t think exploitation is wrongful. I’m not exactly sure even what makes something exploitative. Right? If it were, I’m not sure what makes it wrongful. And even if it were wrongful, it’s not clear that it occurs in most cases of adult-child sex.” —Stephen Kershnar

“When hearing about such an outrageous situation, it can be easy to believe that it is an isolated experience, that such insane notions couldn’t possibly have taken root elsewhere. Unfortunately, this would be a misconception. … Let’s be abundantly clear: this is not a complicated issue. In fact, there can be no simpler issue. Pedophilia is evil. That’s it. We shouldn’t accept the notion that pro-pedophilia sentiments are valid ideas to be contended with in the marketplace of ideas by the use of rhetorical flourish or superior philosophizing. Illiberalism is no crime when your opponent uses bad-faith arguments to justify moral atrocities that target the most vulnerable among us, victimizing them in ways they can’t even comprehend.” —Spencer Lindquist

“It’s not a women’s sport if it doesn’t include ALL women athletes. Lia Thomas belongs on the Penn swimming and diving team, and all trans athletes belong in their sports.” —American Civil Liberties Union

“I don’t know what to think of this. It’s like watching two supervillains go at it, which I guess is a good thing?” —Jesse James

By JORDAN CANDLER February 4, 2022 in Quotes Insight “It is a sobering fact that the prominence of central banks in this century has coincided with a general tendency towards more inflation, not less. [I]f the overriding objective is price stability, we did better with the nineteenth-century gold standard and passive central banks, with currency…

By JORDAN CANDLER February 4, 2022 in Quotes Insight “It is a sobering fact that the prominence of central banks in this century has coincided with a general tendency towards more inflation, not less. [I]f the overriding objective is price stability, we did better with the nineteenth-century gold standard and passive central banks, with currency…

Please, Somebody Gag This Leftist Hypocrite!