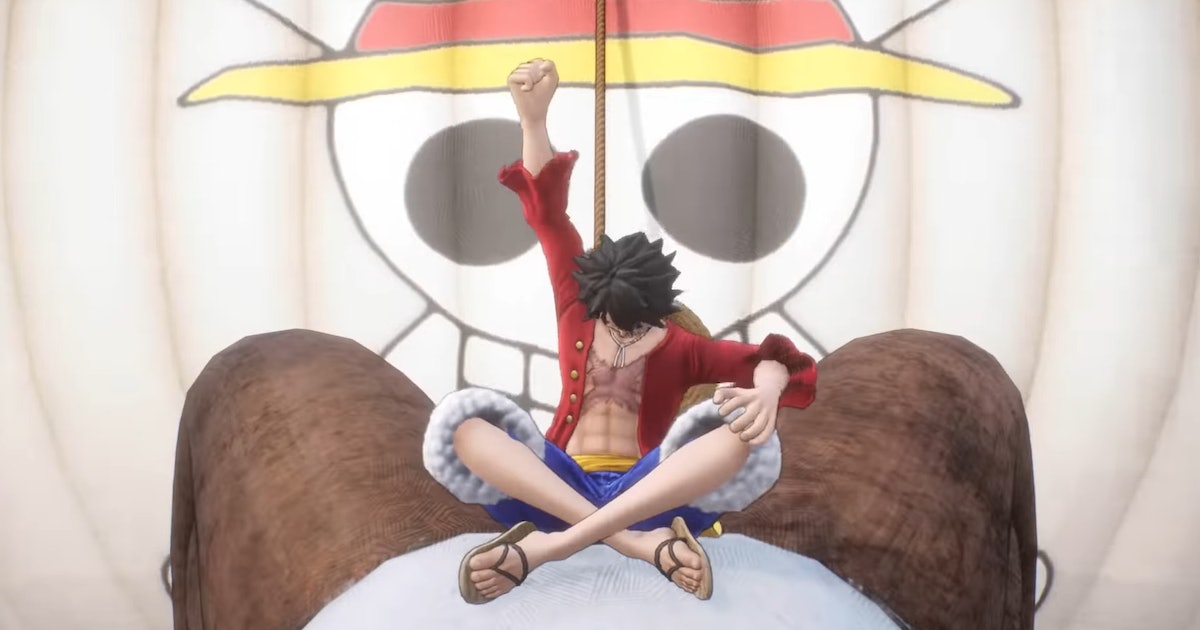 I never need to cross another desert again.

Rolling credits on a great game can be bittersweet, but this time felt more like a relief than anything else. I enjoy One Piece’s goofy antics as much as the next fan, but running back and forth through Alabasta over and over again just isn’t worth dozens of hours of your life. Neither is all the fluff that One Piece Odyssey frontloads in an otherwise solid RPG experience. Repetitive, simplistic combat and the same approach to exploration make for a painfully slow start. By the time Odyssey does pick up the pace, it’s too late to save itself from the “anime game” curse.

The only thing that kept me at the controller was the hope the game would suddenly take a turn for the better, which it eventually did. Still, I’d advise One Piece fans to set their expectations accordingly before setting sail on this 30- to 40-hour toss-up.

One Piece Odyssey strands the Straw Hats on the island of Waford after a storm shipwrecks them on shore. They run into a girl named Lim who steals their powers, which can only be reclaimed by defeating the island’s guardians and venturing into their past memories. With Lim’s help, they overcome past hardships and regain their strength while a bigger “storm” looms over Waford.

To its credit, this adventure feels straight out of the anime or manga. The two original characters, Lim and Adio, don’t feel particularly unique personality-wise but have believable motives. Their interactions with the Straw Hats lead them to evolve over the course of the story, which ties into a bittersweet knot at the end — even if players could argue about whether or not they are “good” characters.

The story and the characters aren’t the problem, though. The pacing is. It’s even worse because the slowest parts of the story happen in the beginning, where the game should’ve ideally hooked in players instead of dragging them along.

The first few hours of the game will likely impress fans with lively settings, polished graphics, and an engaging combat system. The story and characters especially feel straight out of the anime with the expressive voice acting, script, and 3D models. The development team even faithfully recreated the pirates’ signature moves with all the flair one could hope for — even if it gets old watching them after the 20th battle or so.

The turn-based combat, skill customization, and equipment slots riff on a typical RPG in a way that makes One Piece Odyssey feel fresh. Players can freely swap characters into different places without penalties and power up certain moves with “cube fragments.” It helps that the combat UI clearly color-codes and labels weaknesses and resistances.

One Piece Odyssey also has a grid-shaped accessory “puzzle” that lets players fit as many pieces as they can into it to get the best stat boosts. There’s even the option to fuse items so that you get more stats for less space. After all, only a few of your characters could be hogging the best ATK-boosting items at a time.

For at least the first half, it’s easy to cruise by without thinking too much about healing items and gear so long as you play into the type advantages and resistances. The difficulty only starts to spike in later arcs when fighting big bosses like Smoker, Doflamingo, and the three Admirals, who have beefy defenses that will test the limits of your ATK power and stat management. Even if you can scrape by in 20 turns, maybe the right kit would help you finish in 10.

At a snail’s pace

In addition to all those pushover enemies, One Piece Odyssey suffers from endless backtracking between locations. It feels like you’re stuck in a time when you should be progressing through the story.

There are fast-travel points, but they don’t help because you can’t even use them for half the game. (“Cannot use Yoisa travel at this time” will still haunt me for the next few days.) You apparently can’t use fast travel if there’s story-related dialogue that will pop up on your way to the next destination, which happens far more often than it should.

Another downside is the difficulty curve. It took between 15 to 20 hours until I hit a point where I needed to strategize, and even longer before the story hit a sweet spot that made me excited to see where the story ends up.

Some publications call One Piece Odyssey the best One Piece game ever made. Heck, I wouldn’t be surprised if it’s the best anime game ever made. That’s not saying much in a consistently underwhelming subgenre, though. The long wait to get to the meat of the story and a genuine challenge makes it difficult to recommend to others, even fans.

If you’re a super fan that wants to experience the Straw Hats’ latest adventure no matter what, you will likely be satisfied by the ending. Just prepare for inclement weather throughout the journey to get there.

I never need to cross another desert again. Rolling credits on a great game can be bittersweet, but this time felt more like a relief than anything else. I enjoy One Piece’s goofy antics as much as the next fan, but running back and forth through Alabasta over and over again just isn’t worth dozens…

I never need to cross another desert again. Rolling credits on a great game can be bittersweet, but this time felt more like a relief than anything else. I enjoy One Piece’s goofy antics as much as the next fan, but running back and forth through Alabasta over and over again just isn’t worth dozens…