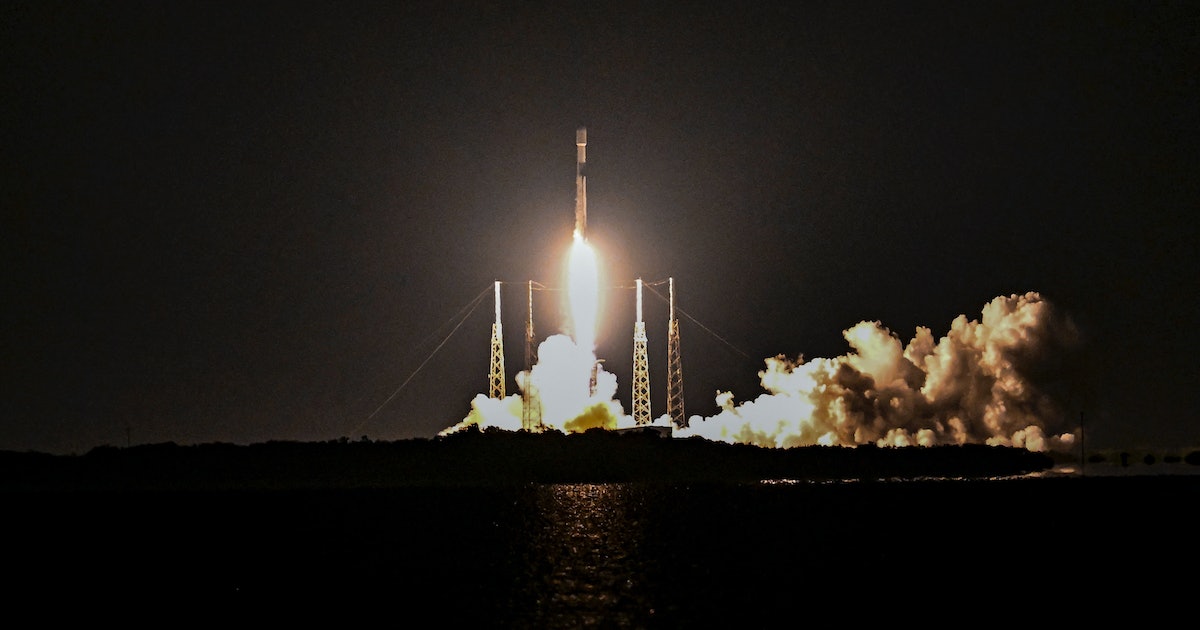 Elon Musk beefs up the ‘megaconstellation’

Has your sluggish internet ever ejected you from an important Zoom call or stalled Netflix during a critical scene? Elon Musk’s SpaceX wants to help — by launching satellites that can deliver up to 500 Mbps internet speed (the U.S. average is around 119 Mbps, though speeds vary by location).

SpaceX aims to create a Starlink “megaconstellation” orbiting Earth with as many as 42,000 satellites in the fleet. Astronomers worry that the heap of satellites could mess with surveys of the night sky and create space traffic accidents. Currently, the company has cast 3,500 Starlink satellites above Earth, making it the world’s biggest low-Earth orbit constellation.

On January 10, SpaceX will grow its giant Starlink constellation by deploying a Falcon 9 rocket with 51 satellites from California’s Vandenberg Space Force Base. The launch was initially slated for the previous night, but bad weather forced the company to delay the flight.

Elon Musk announced Starlink in 2015 with the goal of providing speedy, low-cost internet to remote areas. Most internet services position their satellites around 22,000 miles above Earth — this distance helps them match the speed of the planet’s rotation and stay in a fixed location. But the long distance from Earth can cause internet lags and gaps in coverage for certain geographic areas.

Meanwhile, low-orbit satellites like Starlink’s live just 300 miles above us. This enables much faster connection, according to SpaceX, and the massive number of satellites swirling in space offers coverage to broad swaths of the world.

Starlink blasted its first satellites in May 2019, and as of December 2022 had conducted 67 successful launches. In 2021, Starlink began equipping satellites with lasers that ping data around the constellation rather than sending it back and forth to Earth, reducing the need for ground stations.

“Laser links in orbit can reduce long-distance latency by as much as 50 percent, due to higher speed of light in vacuum & shorter path than undersea fiber,” Musk tweeted in July 2021.

These nifty lasers allow the company to serve all seven continents — in 2022, Starlink ran a test in Antarctica with the United States National Science Foundation’s McMurdo Station.

The company has caught the world’s attention by donating Starlink antennas to Ukraine to aid in the war effort amid Russian attacks on communications systems. Since the war began in February 2022, Starlink has sent around 22,000 antennas, Bloomberg reported. While these devices require electricity, they can run on power banks or generators. But in October 2022, Musk said SpaceX could no longer afford to spend nearly $20 million a month on the devices and asked the Pentagon to start financing the service.

How do I watch the launch?

You can catch the latest Starlink launch here on YouTube on January 10 at 11:02 p.m. eastern. Coverage is expected to start about five minutes before the mission begins.

When can I use Starlink internet?

Starlink now serves over 30 countries. You can check if Starlink is available in your area via the company website.

As of December 2022, Starlink had reached over one million users, according to Business Insider, a massive increase from 145,000 users at the beginning of 2022. The huge subscriber jump has translated to a drop in download speeds — falling from about 110 Mbps in the last quarter of 2021 to approximately 50 Mbps in the third quarter of 2022.

Is Starlink going to pollute the sky?

Scientists have expressed concerns that Starlink satellites are polluting an increasingly bright night sky. When all-sky surveys like the future Vera C. Rubin telescope try to get a clear picture of the stars, Starlink can leave streaks in their images. This issue may only get worse as SpaceX continues to fly satellites into orbit.

To address the problem, SpaceX added an anti-reflective dark coating to some newer satellites — but the coating still impacts some infrared observations.

Even if SpaceX does manage to tone down its shiny satellites, the devices will still clog the sky and can interfere with other launches and orbits. In fact, Starlink satellites cause more than half of the close encounters between two spacecraft in orbit, Space.com reported. And in coming years, the thousands of devices already in Earth’s orbit will be joined by a network of satellites from the U.S. Defense Advanced Research Projects Agency.

So soon enough, low-Earth orbit could start to resemble Los Angeles traffic — and the sky will likely look much brighter for those of us peering up.

Has your sluggish internet ever ejected you from an important Zoom call or stalled Netflix during a critical scene? Elon Musk’s SpaceX wants to help — by launching satellites that can deliver up to 500 Mbps internet speed (the U.S. average is around 119 Mbps, though speeds vary by location). SpaceX aims to create a…

Has your sluggish internet ever ejected you from an important Zoom call or stalled Netflix during a critical scene? Elon Musk’s SpaceX wants to help — by launching satellites that can deliver up to 500 Mbps internet speed (the U.S. average is around 119 Mbps, though speeds vary by location). SpaceX aims to create a…

This GameCube controller for Nintendo Switch is basically drift-proof