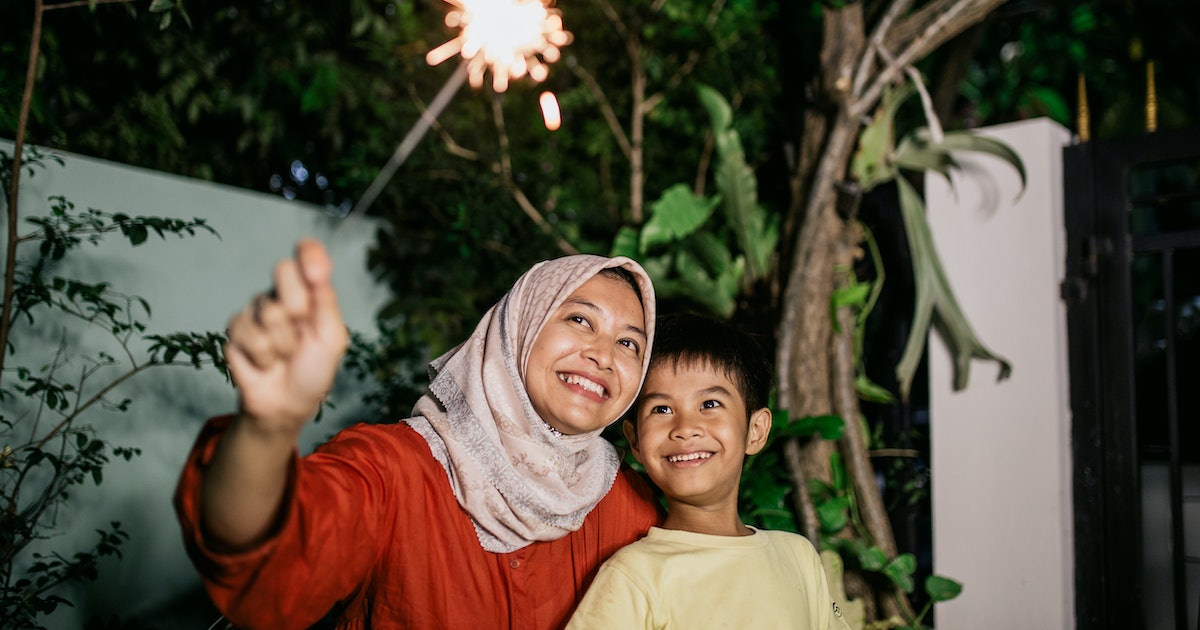 Carrie Wyland is looking forward to a little alone time at home now that her kids are back at school after a two-week break. “As much as I love them, I’m looking forward to having some of my own space, feeling productive, and getting back to a regular schedule,” the social psychology professor at Tulane University tells Inverse.

Finding or creating something to look forward to is an easy way to manufacture some joie de vivre when you’re feeling sucked dry. Some events we await with great anticipation, like a wedding or luxurious vacation, but there are good things even on a granular level. Most of the time there’s some part of the day or week everyone is looking forward to, like finishing a shift, eating lunch, or going to bed.

If it feels like there’s nothing to look forward to, it’s worth putting something on the calendar. This can be a plan to buy yourself that iced oat milk latte or a free hour to read uninterrupted.

When we anticipate quotidian tasks with even a bit of joy, that makes all the difference psychologically — and the science backs it up.

A 2018 study published in the journal Frontiers in Psychology not only looked at how people felt about having things to look forward to but at the brain circuits underpinning those feelings.

The researchers mapped 40 participants’ brains using functional magnetic resonance imaging (fMRI), which can detect minuscule changes in blood flow in the brain as it responds to stimuli. The 40 people then performed what the researchers called an “emotion anticipation task,” in which they envisioned a positive or neutral event.

In most of the study group’s brains, the bilateral medial prefrontal cortex, where memory and decision-making abilities live, activated as they conjured up positive things to look forward to. The fact that this part of the cortex sparked in response to a positive anticipation task and not a neutral one indicates that it’s not simply the act of anticipation that perks up the brain — it has to be something we consider positive. The researchers concluded from the results that there’s a neural mechanism that mediates anticipation of a pleasant future and human well-being.

This tactic helps to “get us out of the present moment if things aren’t going so well,” Wyland says, offering a beacon to look toward. Wyland was not involved in the 2018 study.

Wyland emphasizes that highly anticipated rewards need not be big and expensive. They could involve a phone call with someone you like talking to, eating a favorite chocolate, or picking out a nice day so you can schedule a bike ride or walk. These benchmarks offer a reprieve from what may seem like a repetitive, monotonous present. Laundry and errands all weekend seem more bearable when interspersed with a friend’s brunch.

“It’s really important in terms of breaking up our doldrums,” Wyland says.

Some things actually comprise several things to look forward to. If you’re going to catch up with a friend over dinner out, then it’s worth getting excited over seeing that friend, thinking of what you want to hear from and share with them, picking an outfit, and of course, picking a dinner spot, be it an old favorite or a new place you’ve been meaning to try.

This hack also puts a positive spin on two things anxiety-inducing thoughts: the future and a sense of control. This can also help with our planning abilities and the part of our brain that helps us think ahead.

“When we have things to look forward to, we can actually start to implement strategies like planning now,” Wyland tells Inverse. Even if the future is full of unknowns, there’s one very pleasant known that’s coming up, and that can make the future seem a little less scary.

It also gives a sense of control over the future.

How it affects longevity — This hack is all about the of-the-moment joy that can change everything. The purpose of scheduling something to look forward to is to abate stress. There’s plentiful evidence that increased stress has a poor effect on mental and physical well-being, documented by the American Psychological Association and other studies. One 2018 paper shows a connection between unemployment and job searching with acute stress and negative impacts, while a 2020 paper demonstrates how stress can lead to hefty taxes on the nervous and endocrine systems.

This hack may be one of the easier, more enjoyable ones to implement. Most regular healthy habits involve learning to do things that we don’t always enjoy, like regular exercise and limiting some delicious yet unhealthy food. This hack comes with a controlled time frame: You can plan for something to look forward to mere hours or minutes from now!

As the study shows, our brain reacts to envisioning a positive activity, which can be a little bit of sustenance at that moment. So not only do you get to reap the reward you’ve set for yourself, but you get to enjoy the feeling of anticipation.

So what are you looking forward to?

Carrie Wyland is looking forward to a little alone time at home now that her kids are back at school after a two-week break. “As much as I love them, I’m looking forward to having some of my own space, feeling productive, and getting back to a regular schedule,” the social psychology professor at Tulane…

Carrie Wyland is looking forward to a little alone time at home now that her kids are back at school after a two-week break. “As much as I love them, I’m looking forward to having some of my own space, feeling productive, and getting back to a regular schedule,” the social psychology professor at Tulane…