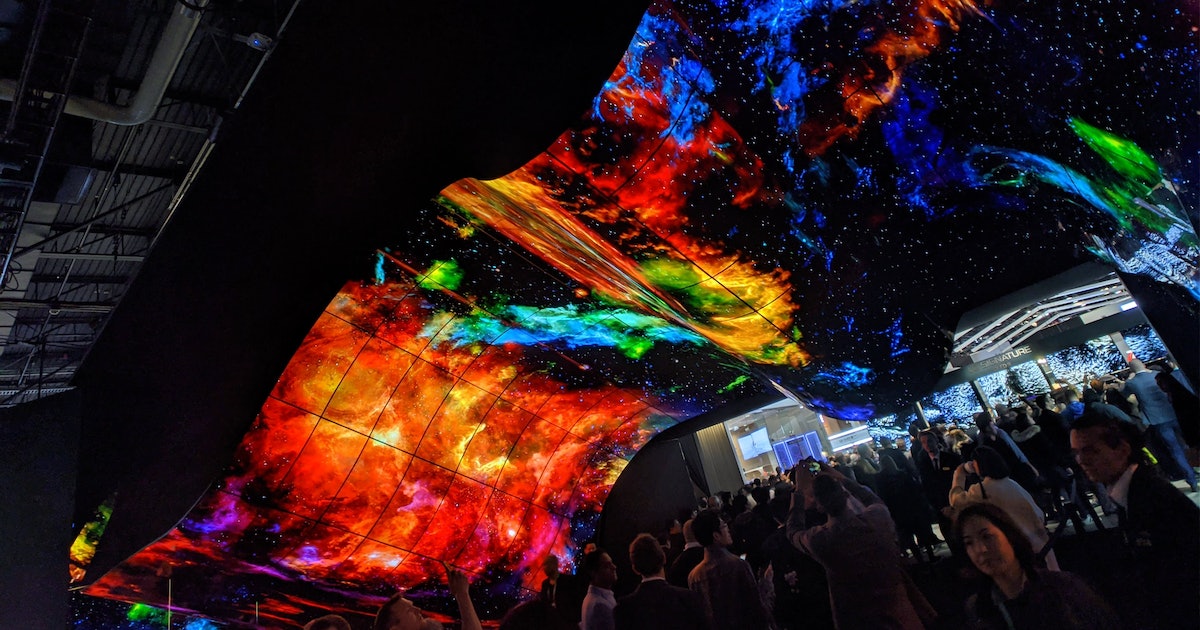 The 5 biggest trends at the consumer electronics show

The start of the new year means one thing if you’re a technology obsessive like us: CES, the year’s largest consumer electronics show.

In its 56th year (55 in person and one virtual event in 2020 because of a worldwide virus), CES is happening this week from January 5–8 in Las Vegas. But like past CES, the event starts several days early. The Inverse gear team will be touching down on January 3 to bring you the latest and greatest in consumer electronics so definitely bookmark our CES 2023 hub page to stay on top of all the latest announcements.

CES is typically the stage where tech trends are set for the year. It’s where dreamers — inventors, designers, businessfolk — big and small converge to usher in the future. It’s a mixture of real products that will be available for sale and total vaporware concepts that showcase potential or possibility.

It’s going to be a bottomless pit of product announcements, day in and out, which can make CES hard to keep up with. Ahead of the Super Bowl of tech shows, I want to offer my predictions for the biggest trends to expect.

There is an old joke that CES is mainly a TV show. No, not like a TV series, but a convention for TV brands to trot out their flat screens for attendees to ogle. I’m predicting CES will still be a TV show this year. Whether it’s the latest TV display technology to produce better dynamic range or increased brightness, curved panels, rollable TVs, or whatever comes after 8K, CES will be a massive showing of TV screens at every corner.

I plan to see a lot of TV announcements and I blast the brightest pixels into my retinas because god, a beautiful TV that costs more than my annual salary never gets old.

Apple doesn’t attend CES, but it’s always the elephant in the room. With its mixed reality (XR) headset reportedly coming this year, you can bet money that big tech companies and small startups will want to beat Apple’s headset or get in on the halo effect it’ll have.

HTC is planning to announce a lightweight headset that competes with Meta’s Quest 2 on January 5. At the high end, there’s Varjo’s XR-3, which is touted as the most advanced mixed reality headset with high-res 12-megapixel passthrough video, the widest field of view (115 degrees), and premium hand and eye-tracking technology. Expect to see headsets at every end of the spectrum doing VR, AR, or both with XR.

It’s not just headsets that I expect to dominate hotel suites and the convention show floor, anything related to the metaverse will be vying for attention. Tech companies love to skate to what’s next and at CES 2023, VR/AR/XR and the metaverse will be the loudest buzzwords, even if Meta is unlikely to announce a new headset after just pushing out the Quest Pro a few months ago.

In recent years, CES started to become a car show thanks to upstart and established automakers literally pulling up with their fancy far-flung visions for personal transportation. Brands like Mercedes-Benz and LG use CES to imagine what the interior of a car could look like with massive displays, headrest speakers, and interactive lights. And thanks to the shift toward electric vehicles, automakers are finally stepping outside of their comfort zones to actually reimagine car aesthetics.

EVs will be a big category at CES once again, and while it’s not exactly an auto show, there should be a few shiny vehicle announcements, more on connectivity (Android Auto and CarPlay), and increased leveraging of machine learning and artificial intelligence for features like self-driving technology. It’s not just electric cars, either, EVs also encompass electric mobility — e-bikes and e-scooters should be pretty bountiful at CES 2023.

Companies have been beating the smart home drum since Amazon’s Alexa and Echo smart speaker took off in 2015. Looking back at the past seven years of smart home announcements, it’s clear that the connected home still hasn’t lived up to its promised potential. The general smart home is still using a voice assistant to check the weather, play music, or control simple functions like turning on the lights or other devices.

With Amazon struggling to monetize Alexa and find meaningful ways to expand the voice assistant, it’s looking likely that it’ll fall on third parties to continue justifying why smart home investment. Do you really need a next-gen washer and dryer to connect to Alexa or the Google Assistant? Will someone crack the smart home and make it easier to set up?

There are still so many ways that the smart home can be improved. (I’m sorry, but integrating Alexa into an $11,500 toilet isn’t it.) I’m hoping there’s somebody at CES who’ll show us what’s next for the connected home.

Look, smartphones aren’t as exciting as they used to be, but they are still the most-used consumer tech products around. You’d think CES would attract more announcements, right? Not quite. CES is the first major tech show of the year, but Mobile World Congress (MWC) always trails it about a month later. This year, MWC runs from February 27 to March 2, again in Barcelona. Samsung, Huawei, Xiaomi, etc. will all be present to bring you their latest slabs and foldables. I’m not saying there won’t be any worthwhile smartphone announcements at CES 2023, but I wouldn’t get my hopes up for any at this event.

The start of the new year means one thing if you’re a technology obsessive like us: CES, the year’s largest consumer electronics show. In its 56th year (55 in person and one virtual event in 2020 because of a worldwide virus), CES is happening this week from January 5–8 in Las Vegas. But like past…

The start of the new year means one thing if you’re a technology obsessive like us: CES, the year’s largest consumer electronics show. In its 56th year (55 in person and one virtual event in 2020 because of a worldwide virus), CES is happening this week from January 5–8 in Las Vegas. But like past…