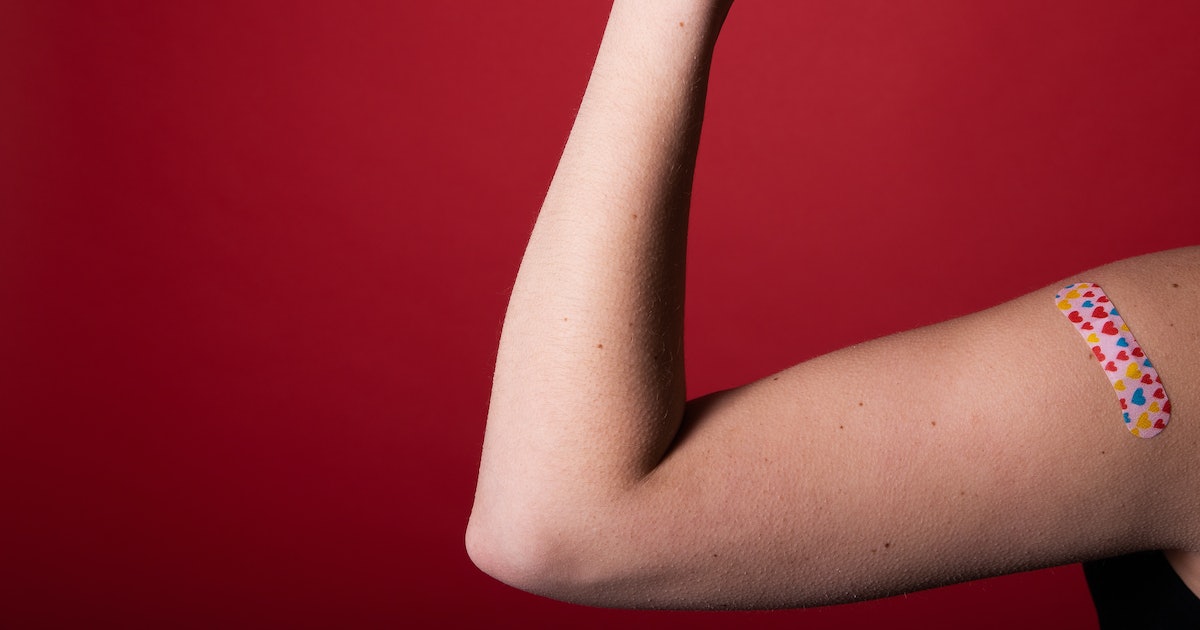 There’s a triple threat lurking about. Aside from Covid-19, this year’s flu season began with exploding cases and hospitalizations at a record high the likes of which haven’t been seen in a decade, according to the CDC. Add to the mix the surge of other viruses like respiratory syncytial virus (RSV) that’s sending more sick children (and older adults) to already overwhelmed hospitals more than in past years.

The good news is that we aren’t defenseless. In an interview with NPR early this month, CDC director Rochelle Walensky recommended folks to mask up, social distance if you’re feeling sick, and — this one’s important — get vaccinated or boosted if you haven’t already. While currently there’s no vaccine for RSV, we aren’t short on choices for the flu or Covid-19. These shots are meant to train our immune systems to protect us before we get infected, creating something of an in-built firewall.

But here’s the thing: Not all immune responses to a vaccine are created equal. Depending on your age, genetics, lifestyle choices, and other factors scientists are still figuring out, the firewall your immune system erects will be slightly different than say your elderly neighbor or a months-old baby. Since vaccines are our best line of defense against the tide of infectious disease, is there anything you can do to give your immune system a leg up, an extra pair of hands to help lay down the firewall’s bricks and mortar? With a good night’s sleep, a nutritious diet, and enough exercise, actually yes.

What exactly happens when you get vaccinated?

Let’s walk through what happens when you get jabbed. Once the vaccine enters your body, your immune system recognizes the antigen — part of the virus or other microorganism that doesn’t cause illness on its own — and instructs different cells to scope out that area, Andrew Pekosz, a virologist and co-director of the Johns Hopkins Center of Excellence for Influenza Research and Response, tells Inverse.

“It starts with these nonspecific cells that are just there to pick up anything,” Pekosz says. “But very quickly, those cells start calling in very specialized cells that respond very specifically to what [the antigen] is, in this case, what you got vaccinated with.”

For the flu vaccines, proteins hemagglutinin and neuraminidase, both found on the surface of the influenza virus, are the usual antigens. For the Covid-19 mRNA vaccines, the antigen is a genetic blueprint for the virus’ spike protein, which is made by a vaccinated individual’s own cells and then picked up by the immune system.

In both cases, the specialized cells — B cells, which make antibodies, and T cells, which can directly kill infected host cells — are tasked with clearing the infection and remembering to attack it if it ever shows up again, Thomas Hagan, an immunologist at Cincinnati Children’s Hospital, tells Inverse.

Depending on a given virus, “T cells or B cells may be more important, but they’re complementary,” says Hagan. “For the flu and a lot of respiratory viruses, antibodies and B cells, consequently, are known to be the most reliable correlative protection. We know the higher amount of anti-flu antibodies you have, the less likely you are to get infected.”

Further, we know that as we age (or are immunocompromised), our vaccine-induced T and B cell responses become less robust; the firewall starts crumbling around its foundation.

“Your T and B cells start to respond slower, their programming doesn’t react as fast as when you were younger,” says Pekosz. “The number of new T and B cells you can generate [also] starts to get a little bit smaller and so a little bit more limited. [This] contributes to a lack of response to vaccines.”

Sleep your way to a healthy immune system

But even among younger individuals, the lack of or a poor immune response can be linked to not enough sleep — probably not surprising to anyone who’s felt a bit under the weather after an all-nighter.

Scientists have found that during sleep, certain components of the immune system are released, in particular immune chemicals called cytokines. The chemicals act in concert with other immune chemicals and cells to regulate the immune response. During sleep, certain protective cytokines actually help you nod off and encourage the body to repair itself and fend off infection. (See why bed rest is recommended when you’re sick?)

When you’re sleep deprived, your body may not be making enough of these protective cytokines, and this can also impact your immune system’s ability to respond to a vaccine. For instance, studies looking at how sleep affects hepatitis A vaccination found that individuals who slept the night after their first shot had more cytokine-stimulated immune cells present in their bodies compared to folks who stayed wide awake that night.

And similar findings hold true for the flu. In a 2020 study published in The International Journal of Behavioral Medicine, researchers found that individuals who reported not getting enough sleep two days before and days after their influenza jab didn’t have nearly as many anti-flu antibodies a month and four months after their vaccination (cytokines can influence B cells to make antibodies). While this study didn’t assess participants’ sleep quality, it comes to show if you want the most bang for your vaccine buck, don’t skimp out on a good night’s rest.

A bit of a related tangent, research suggests that based on the body’s normal circadian rhythms, the optimal time to get vaccinated is earlier in the morning rather than later.

Pump up that immunity

Let’s be honest: We all probably let exercise fall to the wayside during the cold, dark winter, so here’s some motivation: Hitting the treadmill, or really any kind of physical activity, gets your immune system moving in a good way.

Studies have shown that physically fit and active people tend to have stronger immune systems. If they get sick, they tend not to get it severely and are on the mend quicker than people who don’t work out regularly. For example, one study published in the British Journal of Sports Medicine back in August looked at how physical activity impacted Covid-19 severity and mortality. The researchers, whose findings were based on a review of all related studies up to that point, found that folks who worked out regularly had a 36 percent lower risk of hospitalization and a 43 percent lower risk of death from Covid-19 compared with those who weren’t active. These individuals also had a lower likelihood of contracting Covid-19.

How exactly does exercise do this? Scientists believe physical activity literally gets your immune cells moving by increasing the circulation of these cells in the blood along with the production of cytokines by muscles and reducing inflammation. To that end, research shows that exercise can amplify the benefits of some vaccines. In a study published this year in the journal Brain, Behavior, and Immunity, researchers at Iowa State University found that 90 minutes of mild- to moderate-intensity exercise right after the flu or Covid-19 jab appeared to boost a person’s antibody response through a cytokine called interferon-alpha. Other studies have observed similar benefits among elite athletes with enhanced vaccine-induced T cell response in addition to B cells.

How your diet influences your immune system

The adage you are what you eat holds true for your immune system. While there isn’t necessarily a miracle diet out there, nutritional deficiencies can mess up your immune system. Studies have shown that deficiencies in micronutrients like vitamin D may impair one’s response to a flu vaccine. A vitamin A deficiency may impair NK cells, a type of immune cell that kills virus-infected cells as well as cancer. Selenium, a micronutrient that’s important for maintaining thyroid health, may be important for boosting one’s response to the polio vaccine, at least in adults deficient in it, according to some studies.

While not necessarily a diet, any medications you’re taking, like antibiotics, may exert an influence on your body’s response to a vaccine through your gut flora, says Hagan. How isn’t exactly clear — scientists are still teasing apart how the gut microbiome influences our health, including our immune systems — but studies Hagan’s lab has done show that if the delicate microbial balance goes awry, you may not make enough antibodies post-jab.

“[In] people who had their microbiomes depleted [from antibiotic use], they actually had worse antibody response to the flu vaccine,” says Hagan. What gut bacteria might be doing in this scenario is stimulating the immune system, keeping it active and ready to respond to a flu vaccine.

There’s no one way to bolster your immune firewall against Covid-19 or the flu (and there are so many other factors like how your particular genetics influence your immune response), says Pekosz and Hagan. But there are absolutely actionable steps that generally benefit most people and keep their immune systems working in tip-top shape.

“Those general things for health will also strengthen your immune system. There’s nothing specific you can do to just boost your immune system,” says Pekosz. “Studies have shown that the best things are just to take a broad approach, of eating healthy, exercising, and being in a good physical state. That helps you the most in terms of getting a good response to your vaccine as well as fighting off an infection.”

There’s a triple threat lurking about. Aside from Covid-19, this year’s flu season began with exploding cases and hospitalizations at a record high the likes of which haven’t been seen in a decade, according to the CDC. Add to the mix the surge of other viruses like respiratory syncytial virus (RSV) that’s sending more sick…

There’s a triple threat lurking about. Aside from Covid-19, this year’s flu season began with exploding cases and hospitalizations at a record high the likes of which haven’t been seen in a decade, according to the CDC. Add to the mix the surge of other viruses like respiratory syncytial virus (RSV) that’s sending more sick…

How did Grant Wahl die?