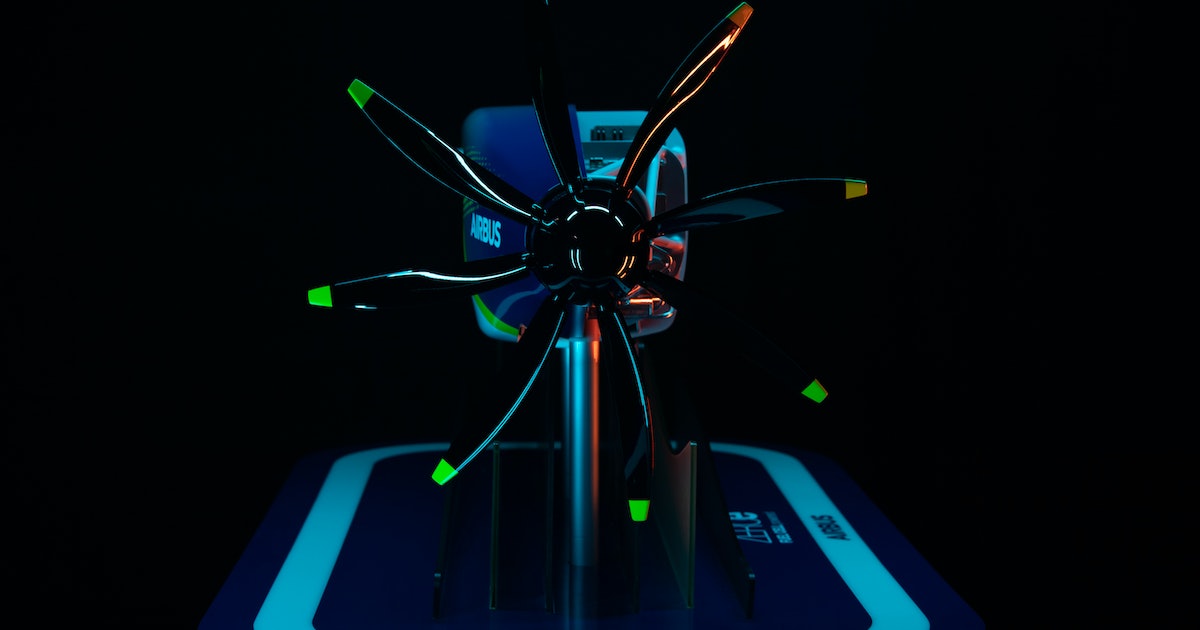 As governments around the world come to terms with climate change and are facing more pressure to slash carbon emissions, more businesses are shifting to make operations greener.

Despite contributing over 10 percent of the world’s transportation emissions, plane manufacturers haven’t stepped up in the same way that car makers have. This slower shift may be due to unique aspects of the industry itself.

“Aviation is a really, really conservative sector. [It has] very strict safety requirements, so that makes [technological change] more challenging than in other sectors,” says Jonas Kristiansen Nøland, an engineer who studies cryoelectric aviation at the Norwegian University of Science and Technology.

Still, engineers are working hard to make electric planes a reality. So far, companies have made progress with tiny commuter planes; for example, the world’s first all-electric plane, called the Alice plane, took its first flight in September. But the Alice plane, from the aviation company Eviation, can only carry nine passengers and can travel just 150 to 250 miles at once.

This small success followed a spectacular electric aircraft failure: In April 2021, a hydrogen-powered electric plane from the startup ZeroAvia crashed when its voltage hit a point where the system shut down — a U.K. government report cited the company’s lack of aviation know-how.

Amid recent progress in tiny e-planes, the European aviation giant Airbus is swooping in to scale things up.

Last month, Airbus announced that it’s working on an emissions-free system for passenger flights as part of its ZEROe initiative. The company is currently modifying an A380 jumbo jet and adding pods that sit on the side of the aircraft.

Inside these pods, a fuel cell engine turns hydrogen into electricity and drives a propeller, providing the plane with the thrust it needs to lift off.

Fuel cells function similarly to batteries, but they don’t need to be recharged. When they receive fuel — in this case, hydrogen — they produce electricity and heat through an electrochemical reaction. In most of today’s planes, meanwhile, combustion in conventional engines spin propellers to create thrust.

By specially designing this equipment to fit in the pods, Airbus aims to leave room for more passengers, cargo, and fuel in the fuselage, or main body, of the plane.

“I think they have come to the reality of what it would take to actually integrate this fuel into the fuselage of the airplane,” Nøland says.

The fuselage will hold liquid hydrogen in cryogenic tanks, which ensure that the fuel remains under its super cold boiling point, or negative 424 degrees Fahrenheit. (Before it heads to the fuel cells, it’s converted into gas so that it doesn’t freeze parts of the plane.)

“I think the designs make reasonable sense,” says Dustin McLarty, a mechanical engineer who specializes in energy systems and hydrogen at Washington State University. “If the technology can meet and deliver on the specifications, those designs will work.”

Test flights will begin in 2026, and the goal is to create a new zero-emissions aircraft that will enter service by 2035.

Why use hydrogen fuel?

Scientists and companies have looked into the possibility of hydrogen-powered fuel cells since the 1960s, when NASA began using fuel cells to power spacecraft. After all, hydrogen is abundantly available because it can be sourced from natural gas, coal, or water.

It could work well for the aviation industry because it won’t generate carbon dioxide emissions and is the lightest gas. (In fact, hydrogen is the lightest element in the universe.) It can therefore reduce the plane’s overall weight, which matters for aircraft taking longer trips and carrying more people.

Using cryogenic hydrogen comes with additional benefits, like its ability to de-ice equipment, provide air conditioning, and even maintain super-cold temperatures within the plane to get rid of resistance within components like wires and motors and boost efficiency. “That means you can get incredible performance,” Nøland says.

And because an electric system doesn’t burn any fuel, these planes won’t emit nitrogen oxide — an often overlooked form of pollution that can form acid rain, destroy the ozone layer, and worsen global warming. These emissions are also associated with lung diseases.

Is hydrogen the right path?

The fuel reached notoriety back in 1937 when the hydrogen-filled Hindenburg airship arriving from Germany burst into flames and killed 13 passengers, 22 crew members, and a worker on the ground.

We’ve come a long way since the zeppelin days, but hydrogen flight systems still come with serious risks. For example, if hydrogen regularly leaks from planes, it could have major impacts: Over a decade, hydrogen may cause a global warming effect that’s 100 times stronger than that of carbon dioxide.

Hydrogen has another sustainability problem: At the moment, around 98 percent of the world’s hydrogen is made from fossil fuels. This is due to the fact that most hydrogen is currently used in refineries to remove sulfur from fuel McLarty explains. In the future, he’s hopeful that increasingly low-cost renewable sources like solar and wind energy can be harnessed to make hydrogen.

In fact, Nøland is curious to see how Airbus and other aviation companies will source all of the hydrogen needed to power massive planes on a daily basis.

It would likely be difficult to transport massive amounts of hydrogen to airports to fuel up between flights, he points out. Hydrogen pipelines have been criticized by environmental advocates for their potential health and safety impacts on surrounding communities.

Compared to other fuels, hydrogen has the highest range of flammable air concentrations and requires the lowest amount of energy to ignite, so it could cause powerful explosions. This means that companies need to build proper ventilation and carefully monitor potential leaks in both fuel transportation structures and in planes themselves.

As we cruise into the future of flight, engineers envisioning electric planes face a key challenge: Important components like fuel cells, batteries, and motors have a ways to go in terms of efficiency and weight in order to compete with today’s combustion engines.

Currently, it isn’t clear whether hydrogen-powered electric systems can (or should) even serve long-haul flights on jumbo planes. But researchers like McLarty and Nøland are working to answer this elusive question.

As governments around the world come to terms with climate change and are facing more pressure to slash carbon emissions, more businesses are shifting to make operations greener. Despite contributing over 10 percent of the world’s transportation emissions, plane manufacturers haven’t stepped up in the same way that car makers have. This slower shift may…

As governments around the world come to terms with climate change and are facing more pressure to slash carbon emissions, more businesses are shifting to make operations greener. Despite contributing over 10 percent of the world’s transportation emissions, plane manufacturers haven’t stepped up in the same way that car makers have. This slower shift may…

Webb captures 13.5 billion-year-old galaxies in a swath of northern sky