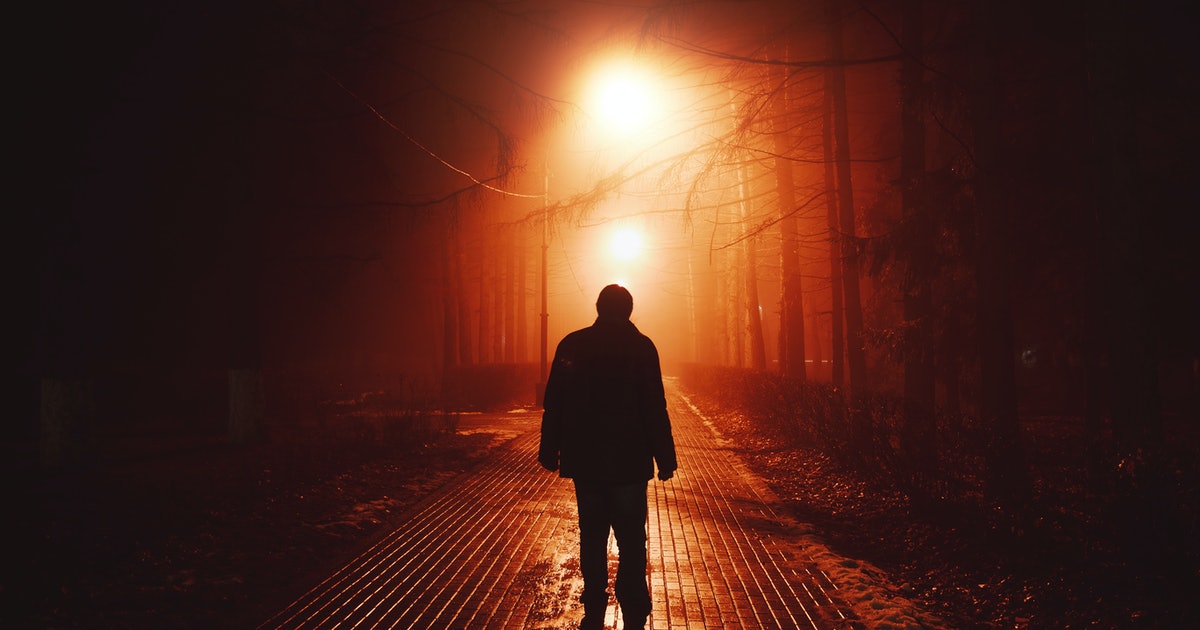 A master of the macabre, Guillermo del Toro has delivered audiences to all manner of fantastically grotesque worlds since emerging almost 30 years ago with Cronos.

A vital filmmaker whose Gothic visions have continually reflected his innermost obsessions, del Toro is also a fierce disciple of cinema as an art form. His propensity for crossing and commingling genres — such as the dark superhero fantasy of Hellboy and its steampunk sequel, or the kaiju-mecha sci-fi showdown of Pacific Rim — reveals the depth of his adoration for the stylistic indulgences these rich genres can allow.

It’s del Toro’s clear affection for film noir, with its haunted heroes and shadowy underworlds, that’s led to Nightmare Alley, one of his most darkly dazzling creations. Currently in theaters (in both color and black-and-white versions), as well as streaming on Hulu and HBO Max, it’s del Toro’s first film since The Shape of Water, the romantic fantasy that earned him Oscars for Best Director and Best Picture.

Nominated for four Oscars of its own, including Best Picture, Nightmare Alley adapts the 1946 novel by William Lindsay Gresham, which was last turned into a film by director Edmund Goulding the year after its publication. Del Toro’s version feels inspired by both but ancillary to neither, instead merging Gresham’s bone-chilling despair with the ominous beauty of Goulding’s film to birth something even more brooding and decadent.

Into its desolate 1939, where the Depression has settled in and everyone’s either on the take or getting taken in, steps Stanton Carlisle (Bradley Cooper). A mystery man on the run from a life that went up in flames, Stan makes his way to a traveling carnival. There, he becomes acquainted with the clairvoyant Madame Zeena (Toni Collette) and her alcoholic husband Pete (David Strathairn), learning the cold-reading techniques and secret codes they’ve developed for their mentalist act.

The carnival can be a dangerous place, but Stan’s beguiled after assisting owner Clem (Willem Dafoe) with the disposal of a “geek,” a homeless drifter ensnared with opium-laced alcohol and instructed to bite the heads off chickens. “Is he man… or beast?” Clem crows to patrons while serving as a carnival barker. Either way, Stan can hear the murmurs of excitement from the audience, the clatter of coins in their purses, and he wants in.

Eventually, Stan grows enamored of carnival performer Molly (Rooney Mara), whose act appears to send electrical shocks coursing through her. When a tragedy strikes the carnival, Stan and Molly set out for Buffalo. As a two-person act, they target the city’s high society and are successful, for a time, by using the mind-reading techniques Stan took from Madame Zeena and Pete.

Stan’s always looking for his next mark, but he meets his match in the cunning psychologist Dr. Lilith Ritter (Cate Blanchett), who first exposes his speaker-for-the-dead routine as a sham, then offers to upgrade it by helping him con her wealthy clientele. This hustle leads Stan to the rich and dangerous Ezra Grindle (Richard Jenkins), and he finds himself in over his head.

Well before this point, the air of fatalism so associated with noir has crept in at every corner. A man who “never” drinks, Stan nonetheless radiates the charm, hubris, and hunger of a born addict, and Lilith teases out the tortured psychology of a con artist who’s been fooling himself longest of all. Cooper and Blanchett perform their mutual seduction as a flirtation with death, sly smiles hiding sharp teeth, their sessions in her immaculately lacquered office gradually laying bare the rot inside them both.

Working with frequent collaborators like cinematographer Don Laustsen, production designer Tamara Deverell, and costume designer Luis Sequeira, del Toro embeds Jungian imagery into the glossy wooded panels of Lilith’s office, even as its reflective curves and arches suggest a feminine (and, for Stan, Oedipal) entrapment. A cigarette perpetually lit in one hand or raised to her crimson-red lips, Lilith is the femme fatale of del Toro and co-writer Kim Morgan’s dreams, a heady brew of influences equally suggesting Lizabeth Scott’s tough housewife in Too Late for Tears and Claire Trevor’s wicked socialite in Born to Kill.

The dark enchantment of del Toro’s obsessively detailed compositions has always flowed from their masterful repossession of artistic influences, and Nightmare Alley is one of his most meticulous feats to date. Just as The Shape of Water imbued The Creature from the Black Lagoon and monster-movie classics with a romantic’s unabashed yearning, Nightmare Alley is a marvel of smoke and mirrors that notes with cold clarity all the moral peculiarities and predations of its characters.

You can see the influence of Otto Preminger’s Fallen Angel, with its doomed drifters and fairground locales. Too many noirs to name are quoted in delectable shots that flow together through elegant crane shots, as sinuous as all the steam and smoke swirling in its atmosphere. The characters here are all hard-boiled and hell-bound, but del Toro delights in their downward spiral.

Through acts of precise and emotionally potent homage, he especially evokes American realist paintings by Andrew Wyeth, Edward Hopper, and Thomas Hart Benton. A scene in which Stan sets off down a hill as his house burns to the ground is a foreboding reinterpretation of Wyeth’s Christina’s World, and del Toro shifts from unsettled pastorals to shadowplay reminiscent of Hopper’s deep chiaroscuro and Benton’s angrily warped tableaux by the time Stan and Molly find themselves adrift in the big city.

So hypnotic is Nightmare Alley in its aestheticized opulence that the story’s ultimate pessimism comes as a nasty shock (at least, to those who haven’t seen the original). Not a mere pastiche of noir but a bleak, full-blooded reconstitution of its learned fear and logical despair, the film carries surprising resonance in a modern era where guilt, grift, and greed still appear to rule.

Financially unsuccessful when first released, Goulding’s Nightmare Alley is now hailed as a classic noir. One wonders if a similar fate lies ahead for del Toro’s spin on the material, which received a cold shoulder from audiences last December but is already up for countless awards.

But until history can make a ruling, this Nightmare Alley feels gorgeously and intricately alive on the screen. Its shadows are luxuriant and deep, often threatening to swallow the characters whole, and the actors play their parts with an aplomb that rivals del Toro’s own. Passionately crafted and imagined, it’s a sumptuous vision from a filmmaker who knows more than most the power of cinema to shock, disturb, and delight.

Nightmare Alley is now streaming on HBO Max and Hulu.

A master of the macabre, Guillermo del Toro has delivered audiences to all manner of fantastically grotesque worlds since emerging almost 30 years ago with Cronos. A vital filmmaker whose Gothic visions have continually reflected his innermost obsessions, del Toro is also a fierce disciple of cinema as an art form. His propensity for crossing…

A master of the macabre, Guillermo del Toro has delivered audiences to all manner of fantastically grotesque worlds since emerging almost 30 years ago with Cronos. A vital filmmaker whose Gothic visions have continually reflected his innermost obsessions, del Toro is also a fierce disciple of cinema as an art form. His propensity for crossing…

28 years later, the funniest video game ever made hasn’t lost its edge