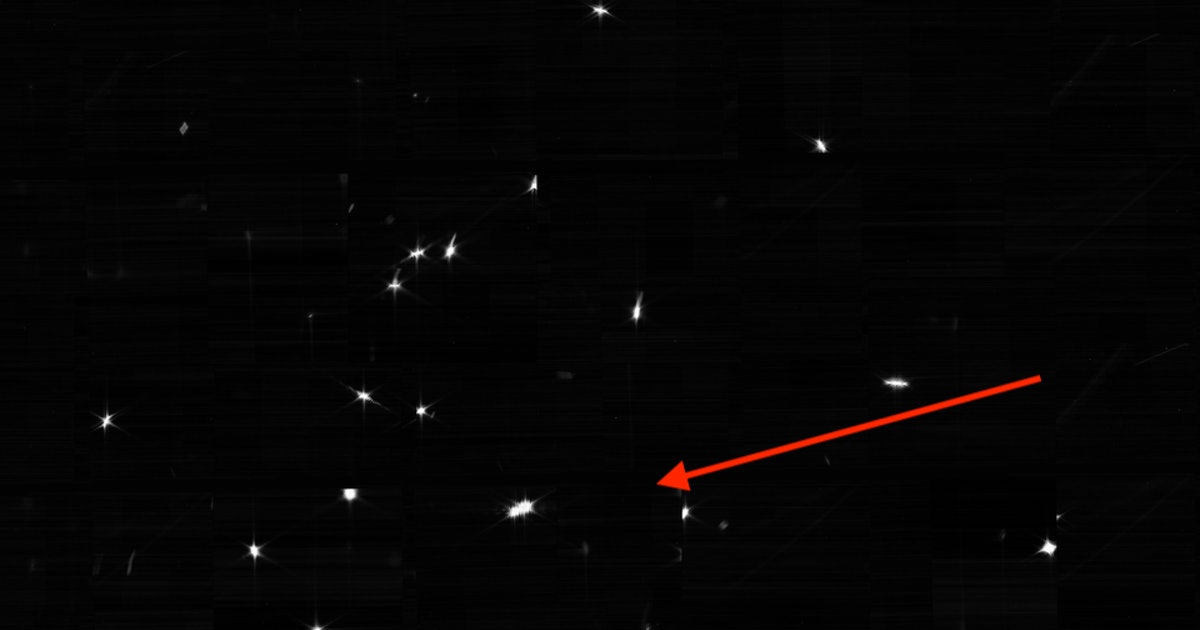 The James Webb Space Telescope has had quite a journey since its December launch. Safely ensconced in its new home a million miles from Earth, we finally get to see a glimpse of how Webb will reveal the cosmos as never before. In an announcement Friday, February 11, the Webb team revealed several first images of the star HD 84406 taken on February 2 — and a blurry selfie of Webb’s primary mirror itself.

These images mark a major achievement for the Webb, which gathered its first photons just a few days ago. Together, they form a critical part of the Telescope’s mirror alignment. The images were captured using the Near Infrared Camera (NIRCam) instrument — this serves as proof the instrument can detect light (very necessary for a telescope). As the Telescope’s mirrors continue the alignment process, the images it captures will become clearer and more accurate — and eventually, coalesce into one, focused view on the universe.

“The entire Webb team is ecstatic at how well the first steps of taking images and aligning the telescope are proceeding. We were so happy to see that light makes its way into NIRCam,” says Marcia Rieke, principal investigator for the NIRCam instrument, in a statement.

The Webb Telescope is pointed at HD 84406, a rather unremarkable star in the constellation Ursa Major (the Big Dipper). The Webb is using HD 84406 to find its focus before turning its observations toward more exploratory science missions.

What we see here is a composite image made of 18 separate photos taken with Webb’s 18 separate mirror segments. The way the primary mirror works, it essentially takes 18 separate views of whatever it is pointed at and then layers them on top of each other to create one unified image. The composite here is made from the top 18 images taken on February 2 — in truth, the Telescope took more than 1,500 photos as part of this vital test. The whole process lasted 25 hours.

HD 84406 was a perfect candidate for its first photons to hit the Telescope’s mirrors because it’s bright and isolated. There’s no interference from other stars vying to outshine it.

Part of why these images aren’t spectacular (yet) is because right now NIRCam is running a fever; it’s operating about 60 degrees above its ideal temperature. As Webb approaches its optimal temperature, the images will become clearer.

The team also released an image that shows which mirror segment took which part of the composite image — revealing how far it still has to go to create a unified view of the cosmos.

As fantastic as it is to confirm the Webb Telescope is doing just fine up there at Lagrange Point 2, this bleary selfie is designed to help set up the NIRCam instrument and the telescope’s mirrors. It’s for engineering purposes, not for science.

A lens inside NIRCam designed to take images of the mirrors instead of space took the selfie — doing this isn’t just a cute move on the Webb team’s part, but a crucial tool to help align the primary mirrors properly. The bright, hexagonal segment in the selfie above shows the process underway — it was reflecting starlight, while the other, duller segments are not because they aren’t yet all aligned.

“Taking so much data right on the first day required all of Webb’s science operations and data processing systems here on Earth working smoothly with the observatory in space right from the start,” says Marshall Perrin in the same statement. Perrin is the deputy telescope scientist for Webb and astronomer at the Space Telescope Science Institute.

“And we found light from all 18 segments very near the center early in that search! This is a great starting point for mirror alignment,” he adds.

As for what comes next, NASA needs to wait while the Telescope cools to its ideal temperature as they continue the mirror alignment process — that will take about three months. But this momentous day tells us that the James Webb Space Telescope is running just as planned, and will soon become our eyes on the cosmos.

The early process of mirror alignment helps set the Telescope up for optical success.

The James Webb Space Telescope has had quite a journey since its December launch. Safely ensconced in its new home a million miles from Earth, we finally get to see a glimpse of how Webb will reveal the cosmos as never before. In an announcement Friday, February 11, the Webb team revealed several first images…

The James Webb Space Telescope has had quite a journey since its December launch. Safely ensconced in its new home a million miles from Earth, we finally get to see a glimpse of how Webb will reveal the cosmos as never before. In an announcement Friday, February 11, the Webb team revealed several first images…

NASA just doubled an effort to track dangerous asteroids — should you be worried?