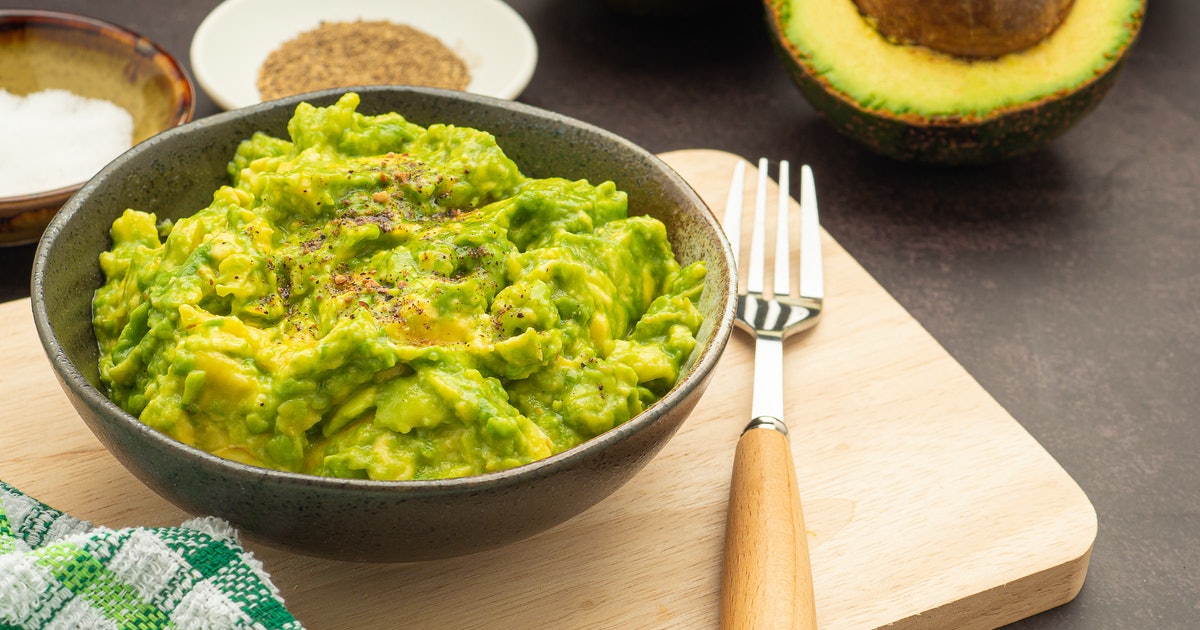 Do avocado pits keep guacamole fresh? A food scientist chips away at the myth

Whether or not you are a football fan, the Super Bowl is a great reason to throw a snack-intensive party with some good folks. Among seven-layer dips and buffalo wings, guacamole is a crowd-pleaser, and guac arguably tastes best when its fresh. What’s the best way to keep it pristine before the game kicks off?

You might have seen someone store their guacamole with the avocado’s pit still in the bowl in the hopes it would keep the dip from browning. If you’re thinking of trying this tip on your concoction this year, here’s some science behind whether it actually works.

Food scientist Karen Schaich from Rutgers University explains why this widespread tip doesn’t work and what will keep your dip fresh.

Will putting an avocado pit in my guacamole help keep it from browning?

Unfortunately, no. All this will do is shield parts of the guacamole from a natural process called oxidation.

Fruit has an enzyme called polyphenol oxidase. When oxygen comes into contact with that enzyme, it helps enable a chemical reaction that causes the cells and tissues to decay. For oxygen to penetrate and interact with these tissues, though, the piece of fruit needs to be damaged in some way that physically breaks down some of the tissues (i.e., a bite, cut, smash, bruise). Oxidation is the reason for browning avocados or the discolored part of an apple where someone took a bite and left it. However, the oxidation process is localized to wherever the damage occurs, so only that area will brown.

“There was nothing in the pit that I knew of that should have inhibited the enzyme, so it had to be the oxygen,” Schaich tells Inverse.

Why does my half avocado stay green in the fridge when I leave the pit it?

This is likely where the food myth began; you halve an avocado and refrigerate the half with the pit still in it. Upon returning to this avo half, you notice that the surface has gone brown, but once you remove the pit, it’s all creamy green. Hence, the pit is what kept the avocado fresh, right?

“Probably people saw that and said, ‘Oh, there’s something magic in the pit,’” Schaich tells Inverse. “But it’s only that it interferes with oxygen transfer. There’s nothing special about a pit.”

What are the best ways to keep my guacamole or avocado fresh?

The absolute best way to ensure fresh guacamole is to serve it immediately after it’s made. The oxidation process begins as soon as you cut into the avocado and expose it to air, and while there are ways to slow down oxidation, the process is inevitable.

If you need to prepare your guac ahead of time, the next best thing is to assemble the dip but leave the avocado in large chunks. Only smash it right before serving. Since oxidation begins when oxygen comes into contact with the enzyme, keeping the avocado in larger pieces means that more of the avocado stays intact.

“Tissue that’s inside those big chunks has less access to oxygen, so it should stay greener,” says Schaich. “You’ll have less surface area to be able to brown.”

Regular plastic cling wrap will do the job, too. As long as you flatten the plastic against the exposed avocado as much as possible, this will minimize browning because it keeps oxygen out.

As for storage, there’s a neat trick that Schaich recommends. Put your guacamole in a container. Then, before you cover it with a lid, coat the guac with no more than half an inch of water. Lemon or lime juice works, too. Oxygen can’t rapidly get through the water, and citrus fruits are highly acidic and will deactivate the polyphenol oxidase enzyme that makes avocados prone to browning. The water serves as cling wrap that keeps oxygen from permeating.

If you are thinking this will destroy the mouthwatering texture fatty avocados provide, get ready to have your mind blown by chemistry and physics. The water literally can’t soak into the guac. The fatty acids in avocados are hydrophobic, meaning they don’t mix naturally with water. When you’re ready to revisit your guacamole, you can simply pour the water or juice off. “Or if you like really tart guacamole with a lot of lime or lemon, [then] you can just stir it in,” says Schaich.

Whether or not you are a football fan, the Super Bowl is a great reason to throw a snack-intensive party with some good folks. Among seven-layer dips and buffalo wings, guacamole is a crowd-pleaser, and guac arguably tastes best when its fresh. What’s the best way to keep it pristine before the game kicks off?…

Whether or not you are a football fan, the Super Bowl is a great reason to throw a snack-intensive party with some good folks. Among seven-layer dips and buffalo wings, guacamole is a crowd-pleaser, and guac arguably tastes best when its fresh. What’s the best way to keep it pristine before the game kicks off?…

Can we block the Sun to fight climate change? The controversial science, explained