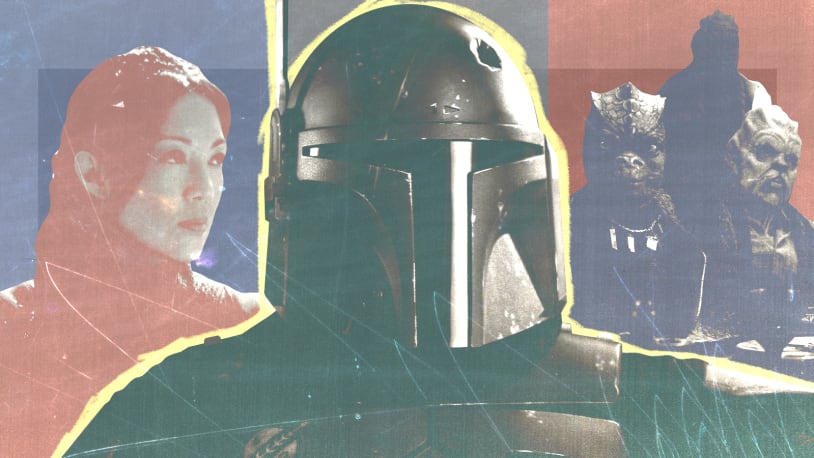 The finale of The Book of Boba Fett did what no one expected: It actually featured Boba Fett.

You’d think that would go without saying, but it was looking dicey after the two previous episodes. Disney’s second live-action Star Wars series wrapped its first (and possibly only) season Wednesday, and the ending did an okay job at tying some of the bigger threads together. But it didn’t change the fact that as a whole, the structure of this series was perplexing, and too much of it felt fairly aimless. An overabundance of flashbacks created issues early on, and even worse, the show’s decision to cross over with The Mandalorian while abandoning its main character ended up being an ill-advised misstep.

Picking up after The Mandalorian‘s second season, The Book of Boba Fett follows the famed Star Wars bounty hunter and his efforts to rule as a crime lord on Tatooine years after escaping the Sarlacc pit from Return of the Jedi. The show’s first four episodes intercut the present-day storyline with flashbacks intended to fill in the blanks between Return of the Jedi and The Mandalorian, with Boba remembering the recent past while healing in a Bacta tank. That structure wasn’t a terrible idea on paper, but the balance was way off, with flashbacks that didn’t have much connection to what Boba was doing in the present messing with the pacing and taking up far too much time — in some cases, the majority of an episode.

Wednesday’s finale made some of this time spent looking backward more relevant, but not all of it. Was, for example, devoting a huge chunk of the fourth episode to showing how Boba got his ship back — something we could have simply inferred took place off-screen — the best use of time in a series with precious little of it? As a result, for over half the season, Boba’s present-day storyline felt underdeveloped and didn’t seem to be going anywhere.

This was exacerbated by another problem that arose later on. In one of the strangest decisions in recent TV history, when The Book of Boba Fett was finally done with all the flashbacks, it straight up abandoned Boba Fett for nearly two full episodes, which were for all intents and purposes actually just episodes of The Mandalorian dropped into a different show. This was time that could have been spent providing much-needed development for Boba’s mounting war against the Pyke Syndicate or delving into his motivations for wanting to be a crime lord in the first place (something otherwise only briefly touched upon). Instead, for two consecutive weeks, we followed the Mandalorian as he got a new ship and went to see Grogu and Luke Skywalker, with Boba only showing up in one scene sans dialogue.

First of all, this Mandalorian material is so fundamental to the plot of that series that it just doesn’t belong here. This forever ensures The Mandalorian can’t stand on its own, as although the second season ended with the tear-jerking separation of the Mandalorian and Grogu, those tuning in next season after skipping The Book of Boba Fett will be confused to find the pair back together immediately. But it also can’t be stressed enough that Grogu’s adventures training with Luke Skywalker had literally nothing to do with Boba Fett, so why oh why were they not simply part of The Mandalorian‘s third season? At the very least, couldn’t the Mandalorian and Grogu’s scenes have been intercut with some that included Boba Fett actually doing something? Instead, the shift from one show to another was jarring.

Sure, this diversion was in one sense a pleasant surprise in that it provided more Mandalorian material sooner than expected. By the time we get to Wednesday’s finale, though, the focus returns to Boba Fett, with the Mandalorian becoming the supporting player he always should have been. The war with the Pyke Syndicate culminates in a final battle, but it doesn’t have the weight it should have because there wasn’t enough work put into setting it up. The stakes, in theory, include the fact that the Pykes are a menace to Tatooine as a whole, and it’s time for the people to rise up against them, as indicated when reinforcements come in for a rescue and say, “This planet deserves better.”

That could have been a powerful moment if we had seen more of how the Pykes are such a threat. Instead, they didn’t do much in the present until the very end of the season. Other characters, including Cad Bane and the gang of cyborgs led by Sophie Thatcher’s Drash, also have larger roles in the finale, but this would surely mean more if we got to know them better beforehand. The series might have had time to flesh out these corners of its world if it hadn’t taken such an abrupt detour for two weeks instead. Yes, the Mandalorian and Grogu are involved in the battle too, but their role is small compared to the excessive time spent with them earlier. And it feels like a failure of The Book of Boba Fett that its finale’s most emotionally impactful moment involves seeing the Mandalorian and Grogu reunite, something that relies fully on our investment in another show rather than anything this one introduced.

The Mandalorian‘s second season, in contrast, skillfully integrated cameos and crossovers, as whenever a character from another series appeared, it was in service of Din Djarin’s story. But The Book of Boba Fett overindulged in cameos and crossovers for their own sake while barely even pretending they were relevant to Boba Fett. The unnecessary amount of flashbacks and wasteful time spent on the concept of a totally different show contribute to the feeling that at some point during the development process, Lucasfilm decided Boba’s crime lord plot wasn’t enough to carry a series, but the project went ahead anyway with random other material thrown in to fill out the episodes. At that point, why not just turn it into a Boba-centric Disney+ original movie instead?

Going forward, Lucasfilm has teased that some Star Wars shows will culminate in a “climactic story event,” so perhaps the plan is for the streaming stories to keep bleeding into each other, never solely centering around one character or plotline. That idea could still work, but there’s a serious danger to it, as we just learned. If Lucasfilm isn’t careful, the result will be something like The Book of Boba Fett: an unfocused season of television with some incredible individual sequences but with a main storyline that languishes after being overshadowed by material from a superior show.

February 9, 2022 February 9, 2022 The finale of The Book of Boba Fett did what no one expected: It actually featured Boba Fett.  You’d think that would go without saying, but it was looking dicey after the two previous episodes. Disney’s second live-action Star Wars series wrapped its first (and possibly only) season Wednesday, and the…

February 9, 2022 February 9, 2022 The finale of The Book of Boba Fett did what no one expected: It actually featured Boba Fett.  You’d think that would go without saying, but it was looking dicey after the two previous episodes. Disney’s second live-action Star Wars series wrapped its first (and possibly only) season Wednesday, and the…

The show The Gilded Age could have been