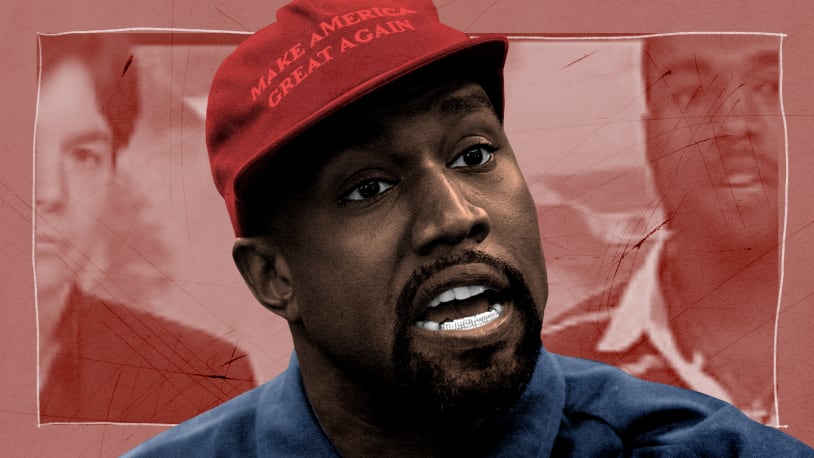 It only took a few moments for me to understand the warning I received before watching the premiere of the new Netflix docuseries, Jeen-yuhs: A Kanye Trilogy: It will remind you of what made you love Kanye West.

The footage — and I don’t say this lightly — is as incredible as touted. As explained in the film and the press coverage building to the show’s debut, Coodie Simmons, a filmmaker and fellow Chicago native, met a teenage West at a barbershop in 1995. He was intrigued by West’s talent and charismatic persona and decided to film a documentary he hoped would be released after West won a Grammy. The plan didn’t go exactly as expected, but Simmons managed to accumulate hundreds of hours of footage spanning two decades of West’s journey from young hungry artist to legendary rapper, designer, and budding mogul.

The end result is the three-part documentary Simmons made with his creative partner, Chike Ozah. It’s not the standard documentary chronicling an artist. There are no other artists who have collaborated with West to comment on what happened, no talking heads to fill in the gaps. Instead, it’s mostly raw footage that, step by step, tells us everything we need to know — and save for a few explanatory lines from Simmons, the story is told by West himself.

And what a story it is. If you’ve followed his journey, it’s hard not to be wowed by the sight of an incredibly young West in braces. It’s even more difficult not to be moved by the footage of West with his mother, Donda West. She died in 2007, and in addition to once serving on the faculty of the English department at Chicago State University, served as West’s manager before she passed while undergoing a cosmetic procedure. In Simmons’ footage, there’s a contagious joy in West’s face at the mere presence of his mother.

But there’s also reason to smile as you reminisce with footage of West in the studio with Black Star or Consequence, or shots of him joining Jay-Z on stage to perform, “Izzo (Hova),” the West-produced lead single from the rapper’s beloved album The Blueprint. Or to laugh at some of West’s self-deprecating humor — like realizing that perhaps it’s best to take the retainer out while talking on TV. Or to cheer while hearing West speak in his own words about how difficult it was for people to take him seriously as a rapper. And to be frustrated for him as he records “All Fans Down” in his New York apartment in 2002, and as those who ought to have know better struggle to see West’s vision. As Simmons says at one point, “The more time I spent with Kanye, the more I wanted him to win.”

That’s the feeling some of us have always had about Kanye West, and Jeen-Yuhs can reignite that feeling. That includes folks like me who have since been vocal in our criticisms of Kanye.

But Jeen-yuhs reminded me of why I’m critical, too. I could little hints of West’s Black conservatism, and that in turn recalled other, more explicitly right-wing statements he’s made over the years.

Like denying that Bill Cosby is innocent. Or the time at a concert when he declared, “I told y’all I didn’t vote, right? But if I would’ve voted, I would’ve voted for [former President Donald] Trump.”

And speaking of the company West keeps, remember when he reportedly gave his blessing to APC founder Jean Touitou, who chose to include the N-word in a fall menswear presentation? Or recall Vanessa Beecroft, a woman who has used blackface in her work and once declared it was “very stressful” to work with Black women but touted her relationship with West to dodge criticism.

It’s harder to forget the time he wrapped himself in Confederate battle flag imagery, claiming, “It’s my flag.” Or his comment that “slavery was a choice.”

None of that is featured in the documentary. But those of us looking for reasons to fall for Kanye West the artist while ignoring Kanye West the man can’t escape for long: Towards the end of part one of Jeen-Yuhs, Simmons reveals his subject is gleefully viewing a clip of Fox News host Tucker Carlson praising a speech from West’s (disastrous) 2020 presidential campaign.

In some ways, I find it impressive that West is the most popular Black conservative besides the fictitious character of Uncle Phil from The Fresh Prince of Bel-Air. Unfortunately, West’s political views aren’t the only thing that makes fandom fraught: Just days prior to the premiere of this documentary, he was reportedly harassing his ex-wife, Kim Kardashian, and her new boyfriend, Pete Davidson.

How culpable is he here? The subject of West’s mental illness is covered in the final part of the documentary, and West goes into detail about his suicidal ideations, drug addiction, and hospital stays. This clearly takes a toll on his professional life, and it’s hard to imagine it didn’t shape his personal life, too.

“It was difficult watching Kanye on TV, knowing he had issues with his mental health,” Simmons told the New York Post in a story published this month. “They were calling him crazy, but to me it seemed like he was crying out for help. In the past, Kanye might have rubbed folks the wrong way, but for the first time, it felt like he really lost the people.”

Jeen-yuhs: A Kanye Trilogy could help win many of those people back and reset the tone for West’s career. Sadly, the subject himself seems disinterested in pursuing that cause. Recent antics suggest he refuses to get help for his problems. And while one might be reminded why Kanye West became so celebrated, the fact remains that mental illness is not an excuse to be hateful and harmful — not even when you become the famous genius you’ve always professed yourself to be, with the footage to prove it.

February 17, 2022 February 17, 2022 It only took a few moments for me to understand the warning I received before watching the premiere of the new Netflix docuseries, Jeen-yuhs: A Kanye Trilogy: It will remind you of what made you love Kanye West.  The footage — and I don’t say this lightly — is as incredible as…

February 17, 2022 February 17, 2022 It only took a few moments for me to understand the warning I received before watching the premiere of the new Netflix docuseries, Jeen-yuhs: A Kanye Trilogy: It will remind you of what made you love Kanye West.  The footage — and I don’t say this lightly — is as incredible as…