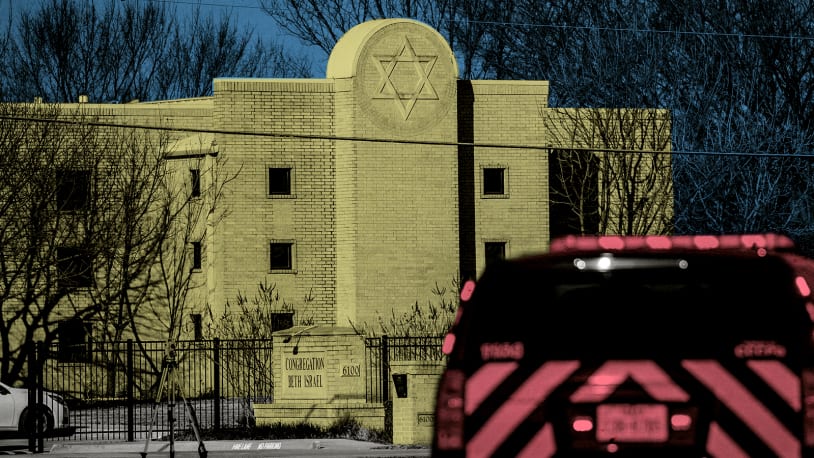 Why resurgent antisemitism in America is a problem for us all

Any time there’s an outburst of violence against Jewish people, my Twitter timeline erupts in surprise that Jews continue to be endangered.

It happened after the Tree of Life synagogue shooting in 2018, and the shooting at a kosher grocery store in Jersey City the following year, and again in mid-January, when members of a synagogue in Colleyville, Texas were taken hostage by a gunman. Many weren’t previously aware, for example, that a growing number of synagogues are guarded by police or private security, or that some Jewish congregations engage in self-defense training in preparation for events like the one in Colleyville. (The rabbi of Congregation Beth Israel credited this training with saving his life and the lives of two other people.) But the threat to the Jewish community deserves our attention because it concerns everyone.

And those security precautions are warranted, for in the past decade, acts of bigotry and violence against Jewish people have rebounded with a fervor unparalleled in the post-war era. In Europe especially, hostility towards Jews seems to be increasing as the cultural memory of the Holocaust recedes. Cemeteries are desecrated; synagogues firebombed. A French student is beaten on the subway for speaking Hebrew; a London rabbi is hospitalized after being assaulted by two young men yelling “Kill the Jews!” A mob of more than three hundred protesters encircles a Parisian synagogue chanting, “Jews, get out of France!”

In America, things are hardly better, as Charlottesville, Pittsburgh, Poway, and now Colleyville can attest. Despite comprising only 2 percent of the American population, Jews in the past year were the target of 57 percent of religiously motivated hate crimes. Amid the wave of pro-Palestinian protests that broke out in early 2021, there were numerous reports of street attacks on Jews assumed to be Zionists. Just last week, children standing outside a synagogue in Brooklyn were accosted by a woman who reportedly said, “Hitler should have killed you all,” then threatened to kill them herself.

This resurgence of antisemitism, the world’s “oldest hatred,” hasn’t gone unnoticed in the Jewish community. The Nazi Holocaust, memorialized by the United Nations on Thursday, was only the most horrific in a long line of attempted exterminations of the Jewish people going back three thousand years. In the words of the Haggadah, recited each year at Passover, “Not just one alone has risen against us to destroy us, but in every generation they rise against us to destroy us.”

America was supposed to be a reprieve from that, a place where Jews could flourish without fear of being persecuted or murdered. But recent events suggest the U.S. is tragically unexceptional, that we’re not immune to the anti-Jewish hysteria that has seized seemingly every region of the world at one time or another.

The climate of fear in which American Jews are now living receives little attention online or in the media, in part because of stereotypes of Jews as being privileged and therefore free from oppression. As Jewish comedian Daniel Baddiel notes in his new book, Jews Don’t Count, Jews are unique in the West in being a minority associated in the public mind with wealth and power, which under present norms renders Jewish concerns of lesser importance.

This is dangerous for a number of reasons: first because it’s misleading, a mirage — no amount of money was able to save even the wealthiest Jews in Eastern Europe from being stripped of all their possessions. But second, and most importantly, because the perception of monolithic Jewish privilege feeds into the conspiracy theory at the heart of antisemitism, which alleges that Jews control Hollywood, the media, and the world’s wealth.

It was this pernicious myth of the all-powerful Jew that drove 20th-century pogroms in Russia and Poland; that provoked white nationalists, chanting “Jews will not replace us,” to march in Charlottesville; that compelled a terrorist — convinced that rabbis have the power to release someone from prison — to hold members of a Texas synagogue hostage for 12 hours this month.

Why should this matter to non-Jews? For the obvious reason that it should matter to us whenever the rights of any minority are thus threatened. The Jewish community can’t wage this battle alone; all people of goodwill must speak out against antisemitism, whether it manifests in the casual bigotry of friends or the conspiratorial ravings of public figures whose words stoke fear and mistrust of Jewish people.

But also because the presence of antisemitism within a society threatens the safety of everyone who lives within that society. Novelist Dara Horn talks about this at some length in her recent book, People Love Dead Jews. Jewish culture, she argues, has long been marked by a devotion to literacy, a willingness to be different, a sense of the social obligations that freedom brings — ideals that are anathema to the book-banning, tyranny-loving authoritarians who tend to be most flagrantly antisemitic. “The insane conspiracy theories that motivate people who commit antisemitic violence reflect a fear of real freedom,” Horn notes, “a fondness for tyrants, an aversion to ideas unlike their own, and most of all, a casting off of responsibility for complicated problems.”

Thus a nation or culture that rejects the values the Jewish community has historically lived by, a nation in which antisemitism is becoming endemic, is a danger to itself. In such a nation, sophisticated intellectual inquiry has been abandoned for the false consolation of simplistic thinking, and toleration of difference has given way to conformity and the rage of the mob. Antisemitism thrives in countries where the wheels are coming off, countries that are collapsing into ignorance, xenophobia, and dysfunction.

Any time there’s an outburst of violence against Jewish people, my Twitter timeline erupts in surprise that Jews continue to be endangered. It happened after the Tree of Life synagogue shooting in 2018, and the shooting at a kosher grocery store in Jersey City the following year, and again in mid-January, when members of a…

Any time there’s an outburst of violence against Jewish people, my Twitter timeline erupts in surprise that Jews continue to be endangered. It happened after the Tree of Life synagogue shooting in 2018, and the shooting at a kosher grocery store in Jersey City the following year, and again in mid-January, when members of a…

Neil Young is gone from Spotify. Buy his CDs instead.