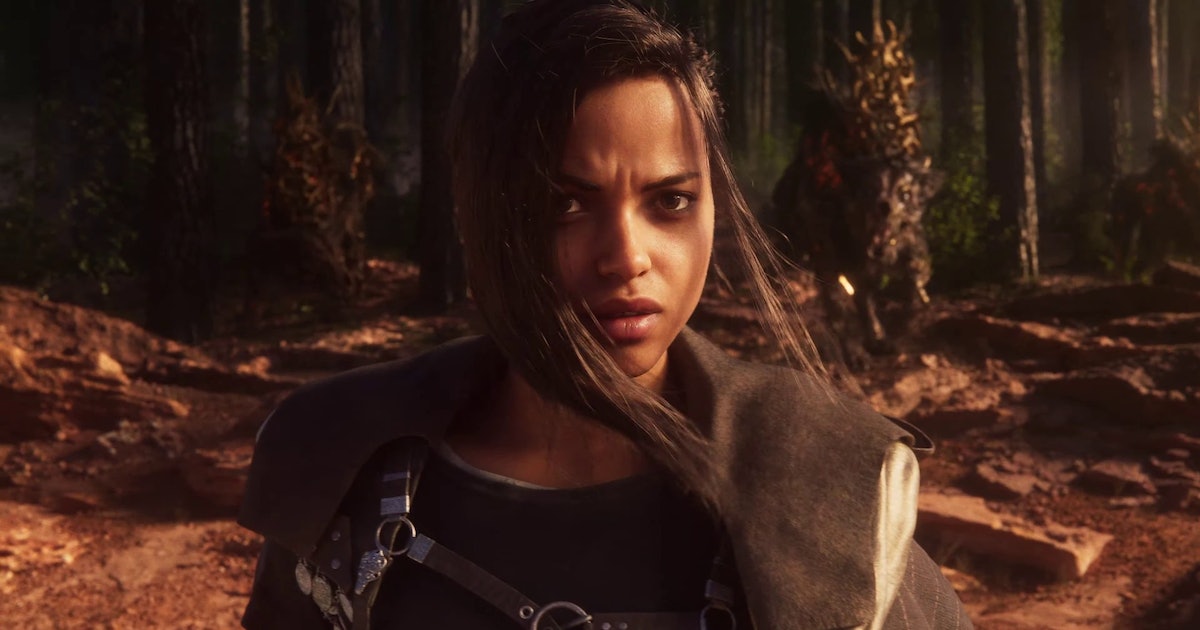 How it sets up a potential sequel

Forspoken’s story largely takes place in the fantasy world of Athia, a realm originally ruled by four powerful sorceresses called Tantas. The core mystery of the game involves unraveling the mystery of what made the Tantas go insane, and how The Break came to devastate the world. Surprisingly, Forspoken only takes roughly 15 hours to get through, but the last couple of hours throw a ton of exposition and lore at players. It’s a lot to take in and you might understandably be scratching your head at a few of the story developments. With all that in mind, we’re here to break down Forspoken’s final moments. Of course, there will be massive spoilers ahead.

Forspoken launches into its final arc when you defeat Tanta Prav, and Cuff reveals he’s been manipulating Frey the entire time. As it turns out, he’s some kind of powerful demon that’s been collecting the power of the Tantas in order to regain his form, but we’ll get into that shortly.

From here Frey completely loses her powers, but just as Cuff tries to attack her, she’s saved by the mysterious dragon that attacked when she first landed in Athia. At this point, we learn that the dragon is actually a transformed Tanta Cinta, who is also Frey’s real mother. As a note, we never find out anything about Frey’s father except that he’s a native of Earth from New York and named “Al.” Cinta’s power lets her travel to different worlds, and while searching for technology to advance Athia, she ended up in New York.

After escaping, Cinta uses her power to show Frey a series of flashbacks, showing how The Break started and how the other Tantas descended into madness. This is where we also find out Cuff’s origins.

During the flashbacks, Cinta tells Frey Cuff is an ancient demon named Susurrus, created by the Rheddig, a race from another land that invaded Athia, as a last-ditch effort to defeat the Tantas. If you explore the Locked Labyrinths in the game, you can find bits of lore detailing how the very first Tanta fought Susurrus and ultimately locked him away. However, the Rheddig found a way to revive the demon, although it’s never exactly explained.

The four current Tantas managed to defeat Sussurus and split his being into four different “Cuffs” that each of them wore, but over time Sussurus’ influence and power drove each of them mad. As Cuff warped the Tantas, their out-of-control powers caused The Break, throwing Athia into chaos.

Cinta was able to resist his influence the longest, possibly because she was pregnant with Frey, and in a last-ditch effort, she sends Frey through a portal to New York, which is how she ended up abandoned on a street corner as a baby. Susurrus’s corruption then turned Cinta into the dragon and continues to spread through Athia, making Cipal the sole safe haven.

The future of Athia

After going through the series of flashbacks the Tantas help Frey realizes that she’s had magical power within herself all along, and it wasn’t simply granted by Cuff. Frey ceremoniously becomes “Tanta Frey,” with her power temporarily boosted by the other Tantas. At this point, Frey is given a choice to fight Susurrus or return to New York, and while there are technically two “endings” to the game, the bad ending is simply a 30-second cutscene of Frey on the streets of New York with her cat, asking where they go now.

When you choose to fight Susurrus, Frey manages to defeat the demon in battle and absorbs his essence into herself, creating a sort of Cuff tattoo on her arm.

As the credits roll, we hear Frey writing a letter to her cat Homer, who’s back in New York. In it, she asks Homer to apologize to the judge that helped her, and promises someday she’ll come back to New York. Frey decides to stay in Athia as its new Tanta and lead the world back into prosperity. Athia is still infested with The Break, and Frey vows to find a way to remove it. A final scene also shows that Susurrus’ consciousness is still alive in the Cuff that Frey now wears, and the two characters continue their begrudging relationship as Cuff vows to drive Frey insane.

If you load your completed save there are a few post-game quests to tackle, including “Lost Lullabies,” which dives a bit further into Frey’s relationship with Cinta. At this point, it seems like Forspoken has done practically everything it can to set up a sequel, as we still don’t know where Athia goes from here, how The Break can be cleared, what happened to the Rheddig, or the identity of Frey’s father.

Forspoken’s story largely takes place in the fantasy world of Athia, a realm originally ruled by four powerful sorceresses called Tantas. The core mystery of the game involves unraveling the mystery of what made the Tantas go insane, and how The Break came to devastate the world. Surprisingly, Forspoken only takes roughly 15 hours to…

Forspoken’s story largely takes place in the fantasy world of Athia, a realm originally ruled by four powerful sorceresses called Tantas. The core mystery of the game involves unraveling the mystery of what made the Tantas go insane, and how The Break came to devastate the world. Surprisingly, Forspoken only takes roughly 15 hours to…