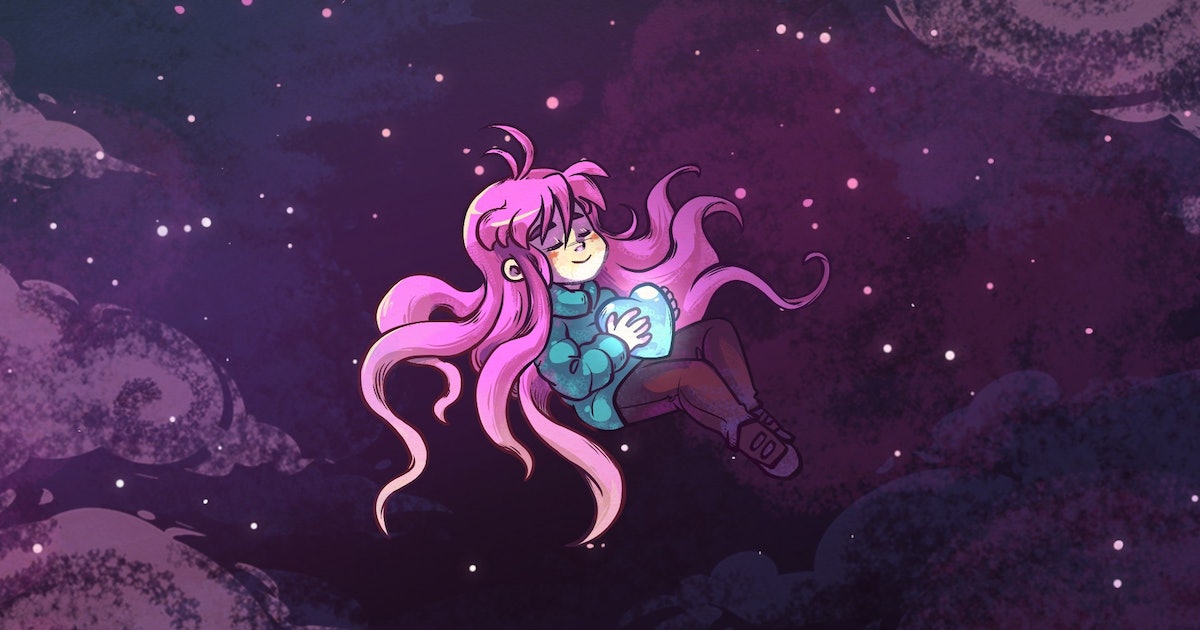 Have you ever felt like there is another version of you that solely exists to drag you down? So often dealing with anxiety, depression, or going through the process of questioning your identity can feel like a solitary journey with your only companion being self-doubt. Five years ago, indie game Celeste combined the difficulty of pixel-perfect platforming with these heavy themes and created a game that all at once feels so specific and still relatable to nearly everyone, and gave players hope. To this day the impact of Celeste is felt in the industry thanks to how it set the bar for indie games tackling tough themes within masterfully designed systems.

In the most basic terms, Celeste is a pixelated platforming game about climbing to the top of a mountain. In reality, this does not accurately describe the complexity of Celeste’s mechanical or thematic achievements. But let’s take it piece by piece.

Developed by Maddy Thorson and Noel Berry, Celeste took inspiration as a platformer from Thorson’s previous game Towerfall as well as Super Mario Bros. 3. The core mechanic of Celeste is precise platforming. Climbing the mountain takes players through several chapters, broken into multiple stages, each slowly adding more systems that challenge the player on their climb. In the style of SNES platformers, Celeste can be excruciatingly difficult in how it requires near-perfect execution on the part of the player to progress.

Like any game with a limited but complex gameplay loop, Celeste is not afraid of the player failing. You will fail. Again, and again, and again. At the risk of falling into the biggest cliche in games journalism, it is a lot like Dark Souls. Seriously!

Celeste expects the player to pay attention to what they are doing, through a series of levels that teach and then test them on their ability to perform the game’s platforming well enough to progress. Souls games use difficulty and death as a teacher. In much the same way, Celeste makes you lose in order to have you get better. Without trying, failing, and learning from your mistakes, you will not reach the top of the mountain. (The game does offer extensive accessibility options to make the game easier.)

Yet, rather than falling into the trap of forwarding a “git gud” mentality in players, Celeste uses its narrative to tell a more caring and transformative narrative about how our actions can affect us if we don’t take care of ourselves.

The narrative that pushes the player through its series of challenging stages follows protagonist Madeline who has spontaneously decided to reach the summit of Celeste Mountain in hopes that it will help her regain some self-esteem.

Along the way Madeline encounters other people on the mountain, some trying to climb it as well. Eventually, supernatural occurrences begin, including the appearance of Badeline, a dark version of Madeline that personifies her anxiety and depression. Throughout the climb, Madeline encounters her dark self who constantly tells Madeline she is not capable of this foolish venture. Badeline frames herself as the “pragmatic” part of Madeline.

What could easily become a feel-good story of learning to push past your doubts in order to achieve challenges turns into a more complex investigation of how we all deal with the parts of ourselves we would rather not have. Instead of ignoring Badeline, the only way Madeline can succeed and reach the top of Celeste Mountain is to realize that these anxieties and fears are natural, by understanding them and learning to effectively cope you can live peacefully.

You don’t have to fight yourself.

Celeste has gained a massive fanbase thanks to its realistic depiction of dealing with mental health issues and questioning your own identity with a heartfelt but realistic eye. For each person who loves Celeste for its pitch-perfect platforming, there is another who loves it for how the game helped them through their own climb. It even helped Maddy Thorson come to terms with issues she was facing during development and only realized after releasing the game.

Celeste has become a beloved game in the trans community due to Madeline’s status as a canonical trans protagonist in a video game, and Celeste’s themes support this. While this was a popular reading of the game for so long, it was confirmed by Maddy Thorson in 2020 in a post in which she also revealed that she was herself trans. “Creating Celeste with my friends helped me reach the point where I could realize this truth about myself. During Celeste’s development, I did not know that Madeline or myself were trans,” writes Thorson.

Five years later, Celeste is still thriving; Just look at the game’s heavily queer speed-running community. Beyond the players, Celeste’s impact can be felt in the indie scene, where more games are telling meaningful stories alongside masterful gameplay, 2022’s Signalis comes to mind.

As for Maddy Thorson, their next project Earthblade is set to release in 2024 and offers more platforming fun. There is always another mountain to climb.

Have you ever felt like there is another version of you that solely exists to drag you down? So often dealing with anxiety, depression, or going through the process of questioning your identity can feel like a solitary journey with your only companion being self-doubt. Five years ago, indie game Celeste combined the difficulty of…

Have you ever felt like there is another version of you that solely exists to drag you down? So often dealing with anxiety, depression, or going through the process of questioning your identity can feel like a solitary journey with your only companion being self-doubt. Five years ago, indie game Celeste combined the difficulty of…

Watch: This jail-breaking wireless robot melts and reassembles on command