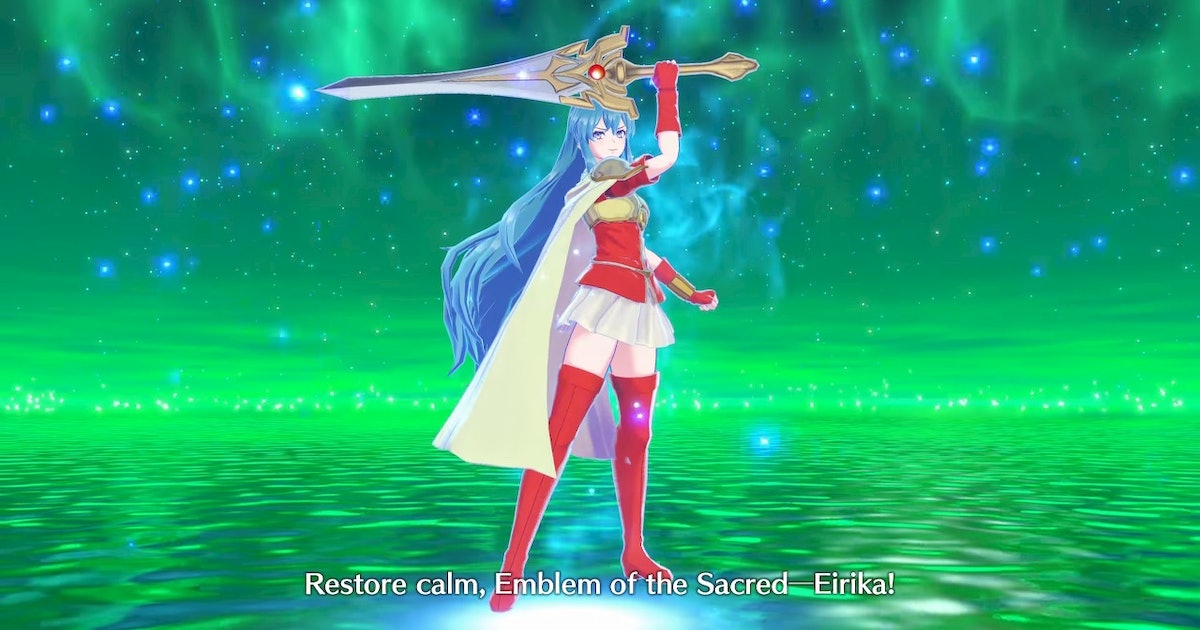 Sure, Fire Emblem has some of the most consistently excellent tactical combat around, but that’s not the only reason it has so many devoted fans. Games like Triangle Strategy and Shadowrun: Dragonfall also let you lead armies of compelling characters in tense, strategic battles, but only Fire Emblem lets you celebrate victory by smooching them. Despite how central its relationship mechanics are to the series’ success, Fire Emblem Engage dials down its romances — especially queer ones — and it’s a worse game for it.

In some ways, Fire Emblem Engage is a step forward. Its predecessor, Three Houses, offered precious few options if you wanted to form that all-important S-rank bond with a character of the same gender as Byleth. Fire Emblem Engage removes that restriction, letting you max out your support level with any character. At the same time, it cuts marriage as an option and almost entirely strips romance from its S-rank relationships. Instead, most characters talk about your relationship in vague terms, leaving players themselves to decide what exactly it means.

That’s not entirely a bad thing! If someone wants to play their character as aromantic, they should be able to without having to forego relationships altogether. But the “you can see it if you squint hard enough” approach to romance starts to look a lot like queerbaiting when it’s combined with how a few key characters and handled.

In my own playthrough, I was thrilled when two of my allies, Chloe and Merrin, started cozying up to each other. Both women are animal lovers who defied social expectations to become knights, and both are absolutely fearsome on the battlefield. They also make one hell of a cute couple.

From their first conversation, Merrin and Chloe make their admiration for one another unmistakable. Where some characters’ support conversations start off mistrustful or even contentious, Merrin and Chloe flirt and compliment each other right away. As their relationship deepens, Merrin shares her fear of disappointing Chloe, and the two build each other up again and again.

But in the end, Fire Emblem Engage shies away from the obvious conclusion that Chloe and Merrin are the ultimate power couple. Their final conversation ends with Merrin saying she wants Chloe to keep fighting by her side, and Chloe saying, “It would be a dream come true.” Not exactly the fairy tale romance that the pair’s backstories and history would imply. What could have been a great example of a lesbian relationship that’s frustratingly rare in mainstream games ends up as disappointing as Sailor Moon trying to convince us that Sailor Uranus and Neptune are just cousins.

The bait-and-switch with Merrin and Chloe is far from the only missed opportunity for queer representation in Fire Emblem Engage. Putting aside the many ambiguous potential relationships with the main character, one character in particular stands out.

The instant I saw Rosado, a villain-turned-ally introduced midway through Fire Emblem Engage, alarm bells started ringing. As a trans woman, I was both eager and afraid to see how this extremely femme man with hair that’s literally the color of the trans pride flag would shape up.

AAA video games don’t have the best track record with trans characters. When we’re represented at all, which is exceedingly rare, trans characters’ storylines often center around tragedy (see The Last of Us Part II beating the absolute crap out of Lev). But recent portrayals have made some headway. I wasn’t expecting Apex Legends to be the game to finally feature an out transgender character without either hiding or obsessing over her trans identity, or to center trans team members in her creation. After that, I thought maybe this game could surprise me, too.

Instead, Fire Emblem Engage avoids the possibility of either getting trans representation right or fumbling it completely by taking an ever-popular third option — pretending it’s not there.

Just because a character doesn’t conform to gender norms doesn’t mean they’re trans. Rosado could be a cis man who happens to like wearing dresses and having enviably luxurious hair. That’s fine. But characters don’t get designed by accident. Decisions were made to present Rosado in a way that would inevitably be read as trans — and never to acknowledge that fact.

If we had a wide array of gender identities and sexualities presented in video games, none of this would be a problem. If queer characters weren’t routinely made into punching bags, these halfway-there depictions of queerness would be a totally acceptable part of a larger picture.

But that’s not where we are. We’re at a point where queer characters are regularly met with outbursts of anger from large sections of the gaming audience — and flesh-and-blood queer people are met with the same for existing at all. Given all that, it doesn’t seem like too much to ask that games let their characters out of the closet and give real-life queer people a way to see ourselves in our heroes.

Fire Emblem Engage is out now for Nintendo Switch.

Sure, Fire Emblem has some of the most consistently excellent tactical combat around, but that’s not the only reason it has so many devoted fans. Games like Triangle Strategy and Shadowrun: Dragonfall also let you lead armies of compelling characters in tense, strategic battles, but only Fire Emblem lets you celebrate victory by smooching them.…

Sure, Fire Emblem has some of the most consistently excellent tactical combat around, but that’s not the only reason it has so many devoted fans. Games like Triangle Strategy and Shadowrun: Dragonfall also let you lead armies of compelling characters in tense, strategic battles, but only Fire Emblem lets you celebrate victory by smooching them.…

40 years ago, NASA launched the space telescope that proved JWST could work