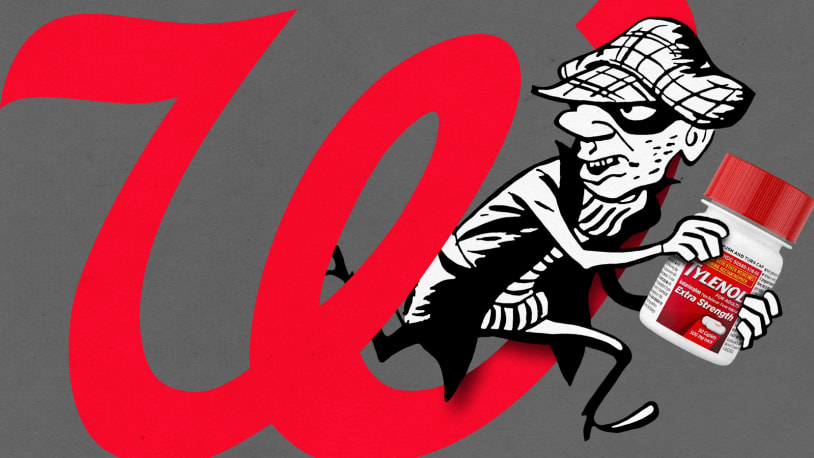 Did Walgreens lie about its shoplifting problem?

It’s looking like Walgreens may have blown its little shoplifting issue out of proportion. Here’s everything you need to know:

Walgreens CFO James Kehoe on Thursday admitted the pharmaceutical chain may have “cried too much last year” over its presumed shoplifting problem, on which it blamed the high-profile closure of at least five San Francisco stores in 2021. “We probably put in too much [security], and we might step back,” the executive told analysts on a results call.

Kehoe also said that Walgreens’ so-called “shrinkage” — or the term used to reflect inventory losses due to theft or damage, among other factors — had “stabilized” and was around 2.5 percent of sales, versus 3.5 percent at the same time last year. The chain is also now relying on law enforcement for security, rather than “largely ineffective” private companies, and is “quite happy with where we are.” Walgreens did not specify how much of its shrinkage could be attributed to theft.

Why does this matter?

It might not appear so at first, but Kehoe’s disclosure was actually quite “remarkable,” considering how shoplifting complaints from retailers have perhaps unfairly exacerbated the current political debate around crime in recent years, The New York Times reports, per industry experts.

For example, when closing the San Francisco stores in 2021, data from the city’s police department did not support the theft rationale passed down from Walgreens corporate. Per an analysis from The San Francisco Chronicle, which conceded that not all instances of theft are reported to the police, one of the closed stores had just seven reported theft incidents in 2021 and a total of 23 since 2018. Similarly, a December 2021 review from the Los Angeles Times found that “there is reason to doubt the [shoplifting] problem is anywhere near as large or widespread as [retail and law insiders] say.” And to that end, some skeptics at the time attributed the closures not to shoplifting, but to a decision Walgreens had “long planned” to make, citing a 2019 SEC filing in which the chain revealed plans to nix roughly 200 U.S. stores.

The shoplifting itself, the chain claimed both then and now, stems from “organized retail crime,” in which teams of thieves execute smash-and-grab robberies and then resell the stolen merchandise online. “This is not petty theft,” Kehoe said at this time last year. “These are gangs that actually go in and empty our stores of beauty products. And it’s a real issue.” But with his recent comments, Kehoe seems to have at least somewhat walked back those claims.

On a broader level, [s]hoplifting has been used to justify a resurgent law-and-order politics that has energized GOP campaigns over the past couple of years,” Henry Grabar writes for Slate. Notably, Walgreens’ complaints have played a “central role” in perpetuating that “national panic,” add Zekeria and Legum.

In California, for example, the Walgreens store closures proved “a flash point in a stinging criminal justice debate that helped electrify the recall of former San Francisco District Attorney Chesa Boudin,” who was removed from office by voters in the summer of 2022, the Chronicle writes. And in New York, Republican Lee Zeldin was recently able to hold his own in a historically close race for governor, fueled in large part by voters’ concerns about crime.

News media has otherwise bought into the frenzy, as well, Zekeria and Legum posit. Between 2020 and 2021, the pair write, the number of news stories “featuring the keywords ‘organized retail crime’ or ‘organized retail theft’ increased by more than 270 percent,” per the Center for Just Journalism. And in the case of Walgreens, journalists leaned into the “sensationalist” crime coverage they often find themselves drawn toward, allowing the drug store’s “dubious narrative” to resultingly “spread unchecked by some of the largest news organizations in the country.”

.@chrislhayes on Walgreens admitting the shoplifting threat was overstated:“This is something everyone needs to bookmark in their minds the next time you hear giant corporations warning about a ‘rampant crime wave.’” pic.twitter.com/0nyN4m8lWT

“Recent news stories describe a shoplifting surge, but this narrative conflates an array of very different offenses into a single crime wave said to be cresting right now, all over the country, in a frenzy of naked avarice and shocking violence,” The Atlantic‘s Amanda Mull wrote in December 2021. But “the deeper you search for real, objective evidence of an accelerating retail crime wave, the more difficult it is to be sure that you know anything at all.”

Added Alex Karakatsanis, founder and executive director of criminal justice nonprofit Civil Rights Corps: “I think unfortunately across the United States, the reporting on this issue really lacked this kind of skepticism for a long time,” he recently told the Times.

Theft remains to some degree a pain point for retailers, both large and small — otherwise, stores wouldn’t be bothered to install shopper-loathed glass covers over their most precious inventory, one industry expert told Slate‘s Grabar. And it’s not like Walgreens is alone in sounding the alarm — executives from other chains, like Target and Walmart, have also done so in recent years.

But “the far bigger issue” for these stores is that they’ve been “hit hard by online shopping,” another expert added. “Add to that the declining urban foot traffic brought about by remote work, a period of aggressive expansion, competition, and consolidation, and some pharmacy-business headwinds, and you have a recipe for downsizing,” Grabar posits.

It’s looking like Walgreens may have blown its little shoplifting issue out of proportion. Here’s everything you need to know: What happened? Walgreens CFO James Kehoe on Thursday admitted the pharmaceutical chain may have “cried too much last year” over its presumed shoplifting problem, on which it blamed the high-profile closure of at least five…

It’s looking like Walgreens may have blown its little shoplifting issue out of proportion. Here’s everything you need to know: What happened? Walgreens CFO James Kehoe on Thursday admitted the pharmaceutical chain may have “cried too much last year” over its presumed shoplifting problem, on which it blamed the high-profile closure of at least five…

The new space race | The Week