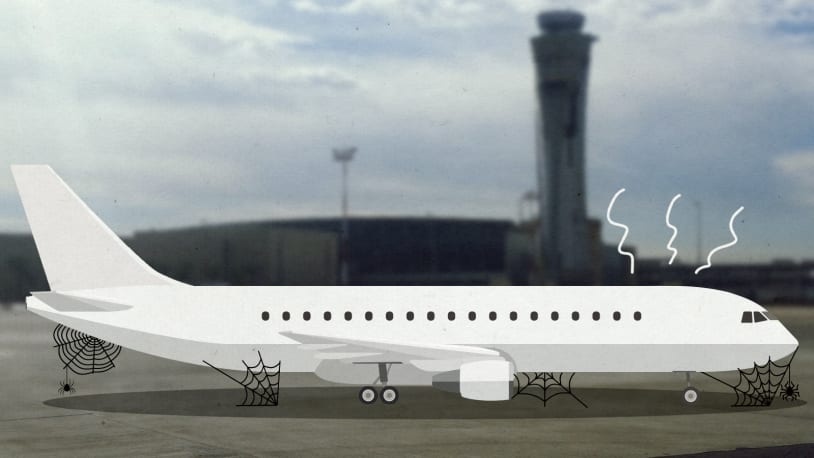 Between the thousands of flights canceled by Southwest over the holidays and the Federal Aviation Administration’s (FAA) recent complete grounding of all planes in the U.S., things for the aviation industry have been, to put it mildly, not great. But what causes all these problems, and can they be fixed? Here’s everything you need to know:

Delays are also on the rise. BTS data showed that 2022 saw 1,132,113 flights delayed by at least 15 minutes. That means over 20 percent of flights didn’t depart or arrive on time, in addition to another 13,000 flights that had to be diverted from their original destinations. This was also a large jump from the 809,000 flight delays reported in 2021.

What’s behind the rise?

Bad weather is the main driver of flight cancellations overall. The FAA estimates that 70 percent of all delayed or canceled flights are due to weather. “Given the weather delays, the flight crew are not able to get themselves and the planes to the next stop, which causes a cascading effect on delays,” Kerry Tan, a professor of economics at Loyola University Maryland’s Sellinger School of Business, told Condé Nast Traveler last year.

Of course, weather problems are especially acute during the winter months. But flight cancellations are often a year-round problem, exacerbated lately by a significant labor shortage in the aviation industry, particularly among pilots. Management consulting firm Oliver Wyman estimated that the pilot shortfall could reach 30,000 by 2025, per CNBC. Many airlines offered incentives for pilots to retire early during the COVID-19 pandemic, CNBC noted, and as a result, there are simply not enough qualified people to get airplanes in the sky. This remains a large pitfall now that demand for travel is ramping up after the pandemic. “Airlines are adding flights to their schedules and packing planes,” noted Axios. “But they’ve sometimes struggled operationally.”

Aging technology and infrastructure is adding to the problem, reported CNN. In the case of Southwest’s meltdown, a winter storm pushed the airline’s antiquated digital process for managing schedules to a breaking point, which meant rescheduling flights had to be done manually, as opposed to airlines that used automated systems. “It requires a lot more human intervention and human eyesight or brainpower,” explained Brian Brown, president of Transport Workers Union Local 550, representing Southwest dispatchers and meteorologists.

The FAA debacle was caused by a technical glitch due to a “damaged database file,” the agency said. The outage “encapsulates how archaic our aviation infrastructure system is,” Brian Kelly, founder of travel website The Points Guy, told Axios.

One fix, at least in the short term, would be the continuation of mergers among airlines, a phenomenon that has been happening more in recent years with transactions like JetBlue’s pending deal to acquire Spirit. “One reason JetBlue is interested in acquiring Spirit Airlines is to help expand its group of pilots to help JetBlue grow as an airline,” Henry Harteveldt, president of travel analytics firm Atmosphere Research, told Condé Nast Traveler. “Recently United, American, JetBlue, and a few others have started their own in-house pilot academies or partnerships.”

Harteveldt noted that there is another easy way for airlines to get more pilots on board: pay them more. “Some airlines are offering hiring bonuses, and offering bonuses for flight attendants and pilots to work peak holiday weekends,” he added.

There is also the possibility of airlines changing antiquated business models to be more productive. The New York Times noted that one of the reasons for the mass cancellation from Southwest was because the airline uses a “point-to-point” model, common among low-cost carriers, that lets people fly directly between smaller cities without having to stop at a central hub. In comparison, larger airlines often use a “hub-and-spoke” model in which passengers flying between smaller cities typically transfer to a different plane in a strategic hub city.

Industry analyst Mike Arnot told the Times that the hub model allows for larger groups of crew members to be on standby at only a few major airports. The point-to-point model, Arnot noted, means skeleton crews have to be prepared throughout numerous smaller cities, often leading to delays. Shifting away from this model would likely help to fix some, though not all, of the issues.

While airline delays and cancellations will likely always be a reality of air travel, it seems that there are some potential ways that entities outside the FAA can cut down on the problems.

In the meantime, when it comes to compensating passengers who face canceled or delayed flights, the FAA stays out of the ring, saying, “Each airline has its own policies about what it will do for customers on bumped or canceled flights. There are no federal requirements.”

Between the thousands of flights canceled by Southwest over the holidays and the Federal Aviation Administration’s (FAA) recent complete grounding of all planes in the U.S., things for the aviation industry have been, to put it mildly, not great. But what causes all these problems, and can they be fixed? Here’s everything you need to know: …

Between the thousands of flights canceled by Southwest over the holidays and the Federal Aviation Administration’s (FAA) recent complete grounding of all planes in the U.S., things for the aviation industry have been, to put it mildly, not great. But what causes all these problems, and can they be fixed? Here’s everything you need to know: …

The flaw in New Year’s resolutions

Did Walgreens lie about its shoplifting problem?