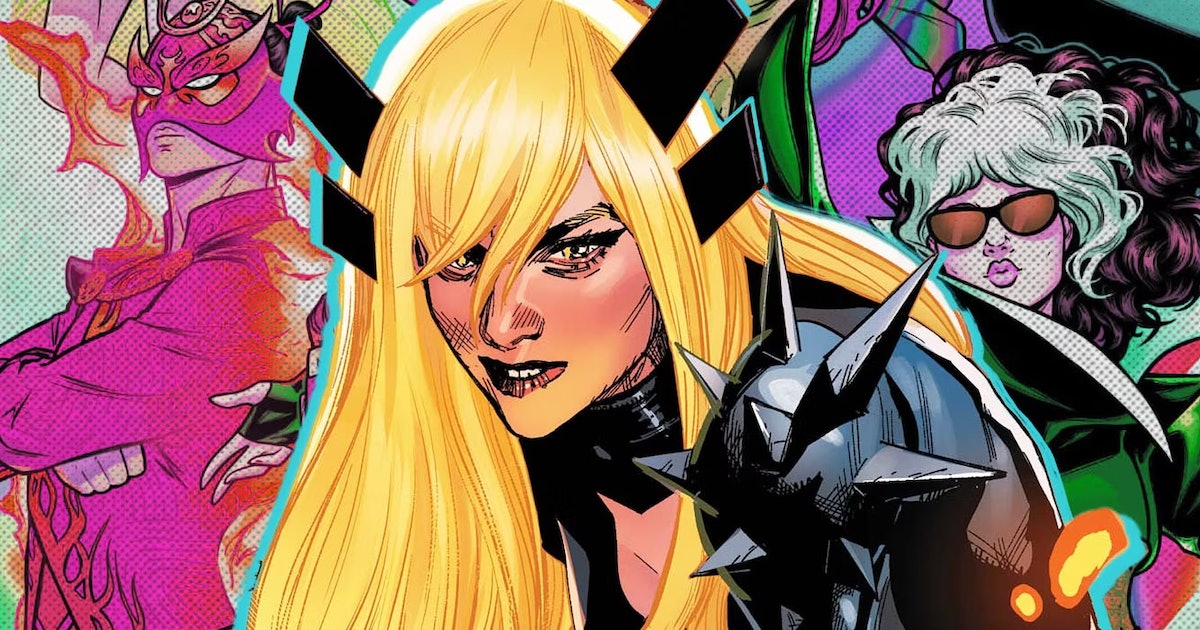 Magik and 11 more cards to crush every enemy

In Marvel Snap, matches are comprised of six turns. However, the Limbo Location bumps it up to seven, giving players a bit more freedom and flexibility with their plays. This Location spawns randomly, but Magik, a pool 3 card, actually triggers Limbo to appear, offering more consistent 7-turn games. There are so many excellent Magik decks to run, but one, in particular, is leaps and bounds above the rest. Here’s the best deck to use alongside Magik in Marvel Snap.

Having an extra turn works well for most decks, so feel free to experiment as you see fit. However, one deck that works ridiculously well with Magik is one that focuses on Black Panther.

Magik isn’t actually the central focus of this deck, though, she is a valuable asset to ensuring you can pull off the intended combo. If you don’t have Arnim Zola, this deck won’t work as well, but you can swap it for Taskmaster (On Reveal: Set this card’s Power equal to the Power of the last card you played) for great results.

In addition, Wong isn’t 100 percent necessary, though, it’s highly recommended. Feel free to swap other buffs such as Mister Fantastic or Forge to make the most out of Black Panther.

How to use the Marvel Snap Magik deck

The main goal with this deck is to buff Black Panther (On Reveal: Double this card’s Power) as much as possible, and then use Arnim Zola (On Reveal: Destroy a random friendly card here. Add copies of it to the other locations) to make two copies of it at other lanes. Each time Black Panther is revealed, its Power doubles, resulting in some wild combos toward the end of a match.

Keep in mind, Arnim Zola Destroys a random card at its location, so you’ll want to make sure that only Black Panther is at that lane so you don’t have to worry about copying a less-than-desirable card. This can get tricky depending on the Locations that appear, so you’ll frequently need to plan ahead to ensure you’ve got one free lane for Black Panther and Arnim Zola.

Playing Wong (Ongoing: Your On Reveal abilities at this location happen twice) is an exception to the rule, as its ability allows Arnim Zola to copy both cards.

Having said all of that, it’s actually tricky to pull this combo off, which is why Magik (On Reveal: Change this location to Limbo) is so important. Having an additional turn to execute this play is huge, as it increases your chance of drawing the cards you want.

Likewise, it’s great to utilize Adam Warlock (At the end of each turn, if you are winning this location, draw a card) to continuously draw cards, further increasing your chances of getting the pulls you need. Adam Warlock works great alongside Sunspot (At the end of each turn, gain +1 Power for each unspent Energy), especially when played on the rightmost lane right away, as you’ll usually be winning there for at least the first couple of turns.

America Chavez is yet another ideal choice, as it thins out your deck, giving you a greater chance of pulling Magik, Black Panther, and Arnim Zola.

As for the rest of the deck, you’ll want cards such as Okoye (On Reveal: Give every card in your deck +1 Power), Cerebro (Ongoing: Your highest Power cards get +2 Power), and Nakia (On Reveal: Give the 2 leftmost cards in your hand +2 Power) to boost Black Panther’s Power. These cards are a little finicky, as their effectiveness is tied to when you draw them, but, in general, you should be able to use at least one of them to boost Black Panther often.

The final combo should play out in such a way that will give you enough Power to win the match. You’ll use Magik to give you an additional turn, and then you’ll play Wong in a lane by itself (hopefully this Location is conducive to playing this combo). Then, play a hopefully buffed Black Panther in the same lane as Wong. Finally, play Arnim Zola at that Location to trigger either Wong or Black Panther. Remember, Wong isn’t vital to this deck but is recommended.

If Arnim Zola triggers Black Panther, it’ll simply Destroy it, giving you two double Power versions of the Wakandan Warrior at other Locations. If it triggers Wong, on the other hand, you’ll get two versions of it at the other lanes, and then Wong’s ability will cause Arnim Zola to trigger Black Panther as well, placing an even more powerful version of the Wakandan Warrior at the other two lanes. You’ll need two free spaces available at the other Locations for this to work best.

In Marvel Snap, matches are comprised of six turns. However, the Limbo Location bumps it up to seven, giving players a bit more freedom and flexibility with their plays. This Location spawns randomly, but Magik, a pool 3 card, actually triggers Limbo to appear, offering more consistent 7-turn games. There are so many excellent Magik…

In Marvel Snap, matches are comprised of six turns. However, the Limbo Location bumps it up to seven, giving players a bit more freedom and flexibility with their plays. This Location spawns randomly, but Magik, a pool 3 card, actually triggers Limbo to appear, offering more consistent 7-turn games. There are so many excellent Magik…