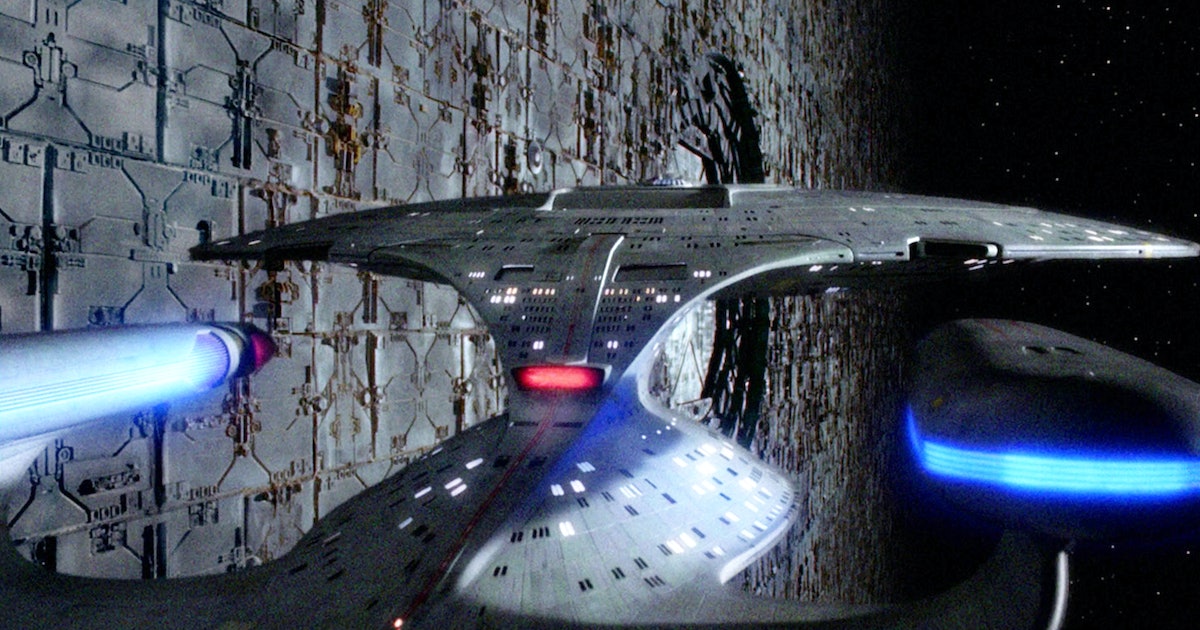 One of Earth’s most powerful observatories could detect warp drives

In 2016, scientists at the Laser Interferometer Gravitational-Wave Observatory (LIGO) announced that they had made the first confirmed detection of gravitational waves (GWs). This discovery confirmed a prediction made a century before by Einstein and his Theory of General Relativity and opened the door to a whole new field of astrophysical research. By studying the waves caused by the merger of massive objects, scientists could probe the interior of neutron stars, detect dark matter, and discover new particles around supermassive black holes (SMBHs).

According to new research led by the Advanced Propulsion Laboratory at Applied Physics (APL-AP), GWs could also be used in the Search for Extraterrestrial Intelligence (SETI). As they state in their paper, LIGO and other observatories (like Virgo and KAGRA) have the potential to look for GWs created by Rapid And/or Massive Accelerating spacecraft (RAMAcraft). By combining the power of these and next-generation observatories, we could create a RAMAcraft Detection And Ranging (RAMADAR) system that could probe all the stars in the Milky Way (100 to 200 billion) for signs of warp-drive-like signatures.

The team was led by Luke Sellers, a graduate research assistant from the University of California Los Angeles (UCLA), and the APL (a specialized aerospace lab based in Stockholm) at Applied Physics, an independent research group. He was joined by researchers from the Technion – Israel Institute of Technology, Lund University (Lund, Sweden), and Carnegie Mellon University in Pittsburg. The paper that describes their findings (the first in a series) will be published in the Monthly Notices of the Royal Astronomical Society.

For fans of classic science fiction, the name RAMAcraft probably needs no explanation. For those who are unfamiliar, the term is an allusion to one of Arthur C. Clarke’s most famous novels, Rendezvous with Rama, published in 1973. This story takes place in the near future when a massive extraterrestrial spacecraft enters the Solar System, and a mission is dispatched to explore its interior. The story popularized the idea of a world ship, a spacecraft large enough to contain an entire population and ecosystem that rotates to simulate gravity.

Like Megastructures, world ships are considered a viable candidate for SETI surveys since they would undoubtedly produce technosignatures. In accordance with Einstein’s General Relativity (GR), a massive object accelerating through space would generate waves in the fabric of spacetime itself. For their study, the team calculated the waveforms a linearly accelerating RAMAcraft would make based on a range of possible masses and accelerations. As Sellers told Universe Today via email, these signals would be detectable by LIGO, Virgo, and KAGRA:

“Any system that involves the bulk acceleration of mass emits gravitational waves (GWs). Furthermore, the shape of the emitted signal is entirely dependent on the way in which the object is moving. Therefore, if you know what you want to look for, you know exactly what the GW signal will look like. This is what allows us to search for RAMAcraft.”

Specifically, Sellers and his colleagues showed how existing LIGO data could be used to search for objects in the Milky Way that are equal in mass to Jupiter-(1.898×1024 metric tons; 2.092×1024 U.S. tons). They further demonstrated that SETI researchers could use LIGO data to search nearby star systems for objects equal in mass to Earth’s Moon (7.342×1019 metric tons; 8.09×1019 U.S. tons). Based on the nature of the GW signals, these could be possible evidence of megastructures (or indications of a Type II civilization on the Kardashev Scale).

In short, a wide range of RAMAcraft could be searched for using existing GW data, depending on how far away surveys want to search. Said, Sellers:

“Some of the numbers quoted in the study are from quite massive structures, though you can also see smaller things if they are closer to Earth. The range in the paper is that we can see Jupiter’s masses up to around 10-100 kpc, which covers up to the entire Galaxy, but we can also see moon-sized objects up to 1-10 pc, which is within the range of the nearest stars, such as Proxima Centauri.”

To give you a sense of what types of megastructures would be detectable, researcher Anders Sandberg of the Future of Humanity Institute (FHI) at Oxford estimates that a Dyson structure measuring 1 AU in diameter (the distance between the Earth and the Sun), would have a mass of 2.17×1017 metric tons (2.39×1017 U.S. tons). This type of sensitivity will be available using next-generation observatories like Laser Interferometer Space Antenna (LISA), the Deci-hertz Interferometer Gravitational-wave Observatory (DECIGO), the Big Bang Observer (BBO), Pulsar Timing Arrays (PTAs), and others.

These observatories will be up to 100 times more sensitive to GWs at lower frequencies and will expand the search volume for RAMAcraft a million-fold. In a previous study, researchers from the APL-AP presented the first general model for a physical warp drive. While similar in concept to the Alcubierre Warp Drive, the physical model is based on subliminal positive energy and spherically symmetric warp shells. Their research demonstrated that any warp drive would consist of a shell of regular or exotic material moving inertially with a certain velocity – meaning that it would produce GWs.

This could open a new frontier in SETI research and allow scientists to probe thousands of galaxies for advanced technology. Said Sellers, a RAMARADAR could have the following implications:

“SETI studies currently look at electromagnetic signals (mostly radio waves) for signs of intelligent life. This is definitely a useful effort, though what we are proposing would provide the following benefits:

This paper is the first in a series that examined how GWs could be utilized to search for technosignatures and evidence of advanced life. In future installments, Sellers and his colleagues will address how (using LIGO data) smaller objects could be detected closer to home. “For this first paper, we looked at objects far away. The signal for objects closer to us will be much stronger, so this what we want to look at next,” Sellers said. “We will also be doing an actual search for the signals through past LIGO data.”

As noted, the confirmed detection of GWs in 2016 led to a revolution in astronomy by giving scientists a new tool to probe the Universe. To date, the proposed applications have consisted of studying exotic objects and testing the laws of physics in extreme environments. Searching for evidence of advanced civilizations is another exciting possibility that will allow scientists to test theories of what advanced civilizations might do (i.e., build megastructures, send world ships through the cosmos, invent advanced propulsion systems) and other Type II behavior!)

In 2016, scientists at the Laser Interferometer Gravitational-Wave Observatory (LIGO) announced that they had made the first confirmed detection of gravitational waves (GWs). This discovery confirmed a prediction made a century before by Einstein and his Theory of General Relativity and opened the door to a whole new field of astrophysical research. By studying the…

In 2016, scientists at the Laser Interferometer Gravitational-Wave Observatory (LIGO) announced that they had made the first confirmed detection of gravitational waves (GWs). This discovery confirmed a prediction made a century before by Einstein and his Theory of General Relativity and opened the door to a whole new field of astrophysical research. By studying the…