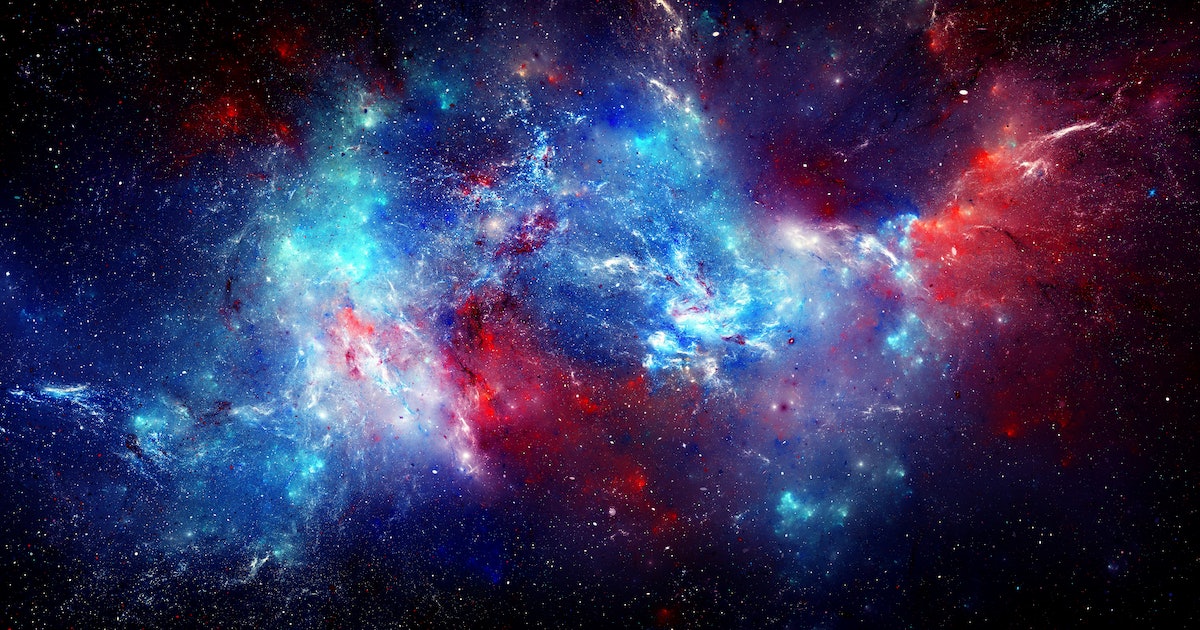 The European Space Agency recently announced a new mission of its science program: a small telescope orbiting the Earth dubbed Arrakhis. But although the sci-fi novel Dune inspires its name, it will not be looking for sandworms or “spice” on a desert planet.

Instead, this nimble satellite will punch hugely above its weight and try to track down one of the most elusive and mysterious substances in the universe: dark matter. This is the term given to the hypothetical invisible matter that is thought to be more abundant than normal matter and has a similar gravitational effect on its surroundings.

The mission is classified as fast (F), which means it is smaller, more focused, and has a quicker turnaround (less than 10 years to launch) than other types of ESA missions. The agency’s previous F-mission, selected in 2019, is called the Comet Interceptor. Already parked at a stable point in the Solar System, this probe is waiting for a comet to show up and fly by it, something that’s due to happen around the time that Arrakhis launches in the early 2030s.

Since dark matter still eludes detection, the mission will target sources of light that are sensitive to it. We expect normal matter — the stuff that actually emits light, such as stars in galaxies — to move primarily under the influence of dark matter, which is more abundant.

We believe entire galaxies are moved to and fro by the underlying dark matter, like beacons spread across an invisible ocean. Their sailing is bumpy, though, as dark matter is thought to be distributed unevenly across the universe, forming a “cosmic web” over vast distances and having a more clumpy appearance on galaxy scales. Some of these clumps should be populated with small galaxies called dwarf galaxies, while others would be made up entirely of dark matter.

There is also debris left over from those dwarf galaxies that venture too close to the host galaxies they orbit. As the surrounding dark matter rips these galaxies apart through gravitational tides, they start to unravel into long streams of stars that wrap around vast swathes of space. These thin veils of light are another connection with the unseen. By counting and measuring their shapes, we can infer what type of dark particle matter is made of — and, ultimately, which cosmological model is the most accurate.

The clumpiness in space is a robust prediction of our cosmological models, as it simply represents the outcome of gravity acting on matter. However, our models give conflicting predictions about the number of these clumps, which could be higher or lower depending on what type of particle or particles we assume dark matter to be made up of.

In the “standard” model of cosmology, dark matter particles are assumed to be “cold,” meaning they are heavy and slow-moving (an example would be “weakly interacting massive particles” or Wimps). This implies that our Milky Way will contain hundreds of dark matter clumps, some of which will contain dwarf galaxies. But the problem is that we only see a few dozen dwarf galaxies around us, which is very puzzling. It could mean that most of these clumps are made of dark matter.

Cosmologists have other viable ideas, though. For example, if dark matter is “warm” — meaning that particles are much lighter and faster, such as sterile neutrinos — there would be far fewer clumps, to begin with. Observations can give us a final clue as to which model is right, but to get there, we first need an accurate census of dwarf galaxies orbiting the Milky Way.

The tip of the iceberg

There are strong indications that the dwarf galaxies discovered so far near the Milky Way or other large galaxies are just the tip of the iceberg and that many more remain hidden behind the light of their hosts. Arrakhis will be able to discover this missing population even at large distances from us.

Observing this faint starlight has proven to be challenging even for the largest telescopes on Earth since it requires very deep imaging and surveying of large portions of the sky. Besides, the Earth’s atmosphere is a hindrance. Arrakhis will observe from space with an innovative camera that probes deeper into both the optical and near-infrared part of the spectrum and with a much wider field of view. (Incidentally, this type of camera can also look back at Earth with excellent resolution.)

The hundred or so Milky Way-like systems that will be observed are about 100 million light-years away, where only a few dwarf galaxies have been discovered so far, and no stellar streams yet. When we know the number of soon-to-be-discovered dwarf galaxies and how they will be seen distributed in space, we should be able to pin down the correct cosmological model.

Arrakhis will find many of the missing pieces in the puzzle that dark matter provides, complementing what we already know from the nearby universe and what we will learn in the future from other upcoming telescopes, such as Euclid or the Vera Rubin Observatory.

The hope is that these detailed, combined observations will finally reveal the dark matter mystery and help us understand what makes up the majority of matter in the cosmos.

This article was originally published on The Conversation by Andreea Font at Liverpool John Moores University. Read the original article here.

The European Space Agency recently announced a new mission of its science program: a small telescope orbiting the Earth dubbed Arrakhis. But although the sci-fi novel Dune inspires its name, it will not be looking for sandworms or “spice” on a desert planet. Instead, this nimble satellite will punch hugely above its weight and try…

The European Space Agency recently announced a new mission of its science program: a small telescope orbiting the Earth dubbed Arrakhis. But although the sci-fi novel Dune inspires its name, it will not be looking for sandworms or “spice” on a desert planet. Instead, this nimble satellite will punch hugely above its weight and try…

One of Earth’s most powerful observatories could detect warp drives

Your air purifier may be doing more harm than good