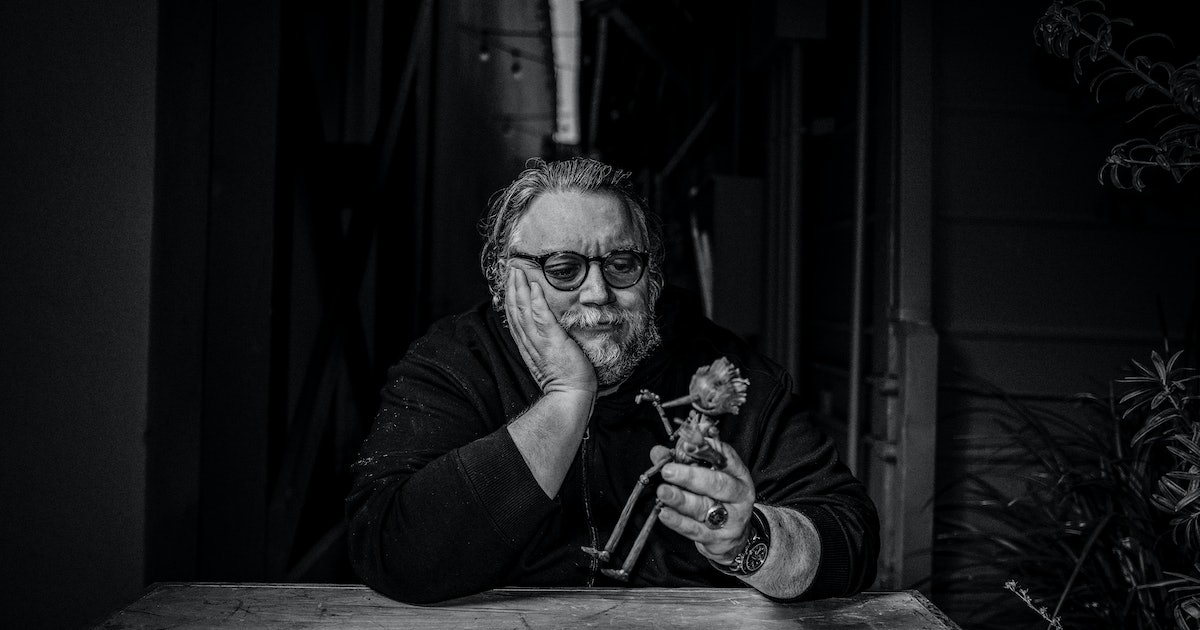 “I am forced into speech because men of science have refused to follow my advice without knowing why.” That’s the opening sentence of H.P. Lovecraft’s chilly horror novella At the Mountains of Madness. Soon, it may also open Guillermo del Toro’s next movie.

In an interview with IndieWire to promote his newest film Pinocchio, a stop-motion adaptation of the classic tale he co-directed with Mark Gustafson (Fantastic Mr. Fox), del Toro revealed he’s again pursuing his dream of adapting At the Mountains of Madness to film using the same animation style.

“I said it would be ideal to do Mountains of Madness as stop-motion,” del Toro told IndieWire. He said that stop-motion has a texture that lends itself well to Lovecraft’s uniquely eerie storytelling. “You watch the animation in a more rapturous way than live action. It’s almost a hypnotic act, and the relationship to the story becomes more intimate in that way.”

Told in retrospect by a fictional geologist William Dyer, At the Mountains of Madness is about a disastrous expedition to Antarctica in which scientists uncover ancient ruins and horrific prehistoric entities who lie beyond impossibly tall mountain ranges. The story is firmly set in Lovecraft’s shared universe, with connections to other works like The Colour Out of Space, The Shadow Over Innsmouth, and The Call of Cthulhu.

While del Toro has a mountain of maddeningly unmade things, Mountains of Madness sits at the top. In 2006, del Toro co-wrote a screenplay with Matthew Robbins but found difficulty obtaining funding from Warner Bros. for production. Allegedly, the studio wanted romance and a happy ending, which del Toro rejected. “Someone suggested a love story and other things,” del Toro said at the time, “but I won’t do it. HPL didn’t see it fit and neither do I.”

The film nearly came together circa 2010 under Universal, with James Cameron as producer and A-lister Tom Cruise as the lead. But Universal balked at del Toro’s insistence that the movie release under an R-rating than the commercially viable PG-13. The project died again when del Toro revealed that its resemblance to Ridley Scott’s Prometheus would be a “long pause — if not demise.”

In 2021, del Toro signed a new multi-year deal with Netflix. This inspired him to dust off the scripts for both his unmade adaptation of The Counte of Monte Cristo and At the Mountains of Madness, adding he aims to rewrite it. In an appearance on The Kingcast podcast, del Toro said:

“The screenplay I co-wrote 15 years ago is not the screenplay I would do now, so I need to do a rewrite … Not only to scale it down somehow, but because back then I was trying to bridge the scale of it with elements that made it somewhat able to go through the studio machinery. Blockbustery. And I think I don’t need to reconcile that anymore. I can go to a far more esoteric, weirder, smaller version of it where I can go back to some of the scenes that were left out.

Pinocchio, another one of del Toro’s dream projects finally made real, has opened to rave reviews and is currently a frontrunner for Best Animated Feature at the Oscars. After years of consulting on features like Kung Fu Panda 2 and Puss in Boots, and producing his animated series Trollhunters for DreamWorks, del Toro now considers himself an animation director. He told IndieWire he is diverting his creative energies towards animation, even possibly remaking some of his movies in animation.

“I want to focus on animation a lot more,” he told Indiewire. “It is much more my speed.”

He added, “If you go back to the birth of animation, whether it’s the trickery of Méliès or Russian animation, it was birthed as an art medium … When it started to make a lot of money with repeat audiences that included kids in America, it became geared toward a more pasteurized, homogenized idea. That deprives not only the makers but audiences and studios from exploring its possibilities as spectacle, drama, as a profoundly human experience.”

While much ado has been made about streaming being more creator-friendly than traditional studios, it is unknown for now if even Netflix is bold enough to brave the ice.

“I am forced into speech because men of science have refused to follow my advice without knowing why.” That’s the opening sentence of H.P. Lovecraft’s chilly horror novella At the Mountains of Madness. Soon, it may also open Guillermo del Toro’s next movie. In an interview with IndieWire to promote his newest film Pinocchio, a…

“I am forced into speech because men of science have refused to follow my advice without knowing why.” That’s the opening sentence of H.P. Lovecraft’s chilly horror novella At the Mountains of Madness. Soon, it may also open Guillermo del Toro’s next movie. In an interview with IndieWire to promote his newest film Pinocchio, a…

Rise of the Beasts’ trailer brings Optimus Primal to life