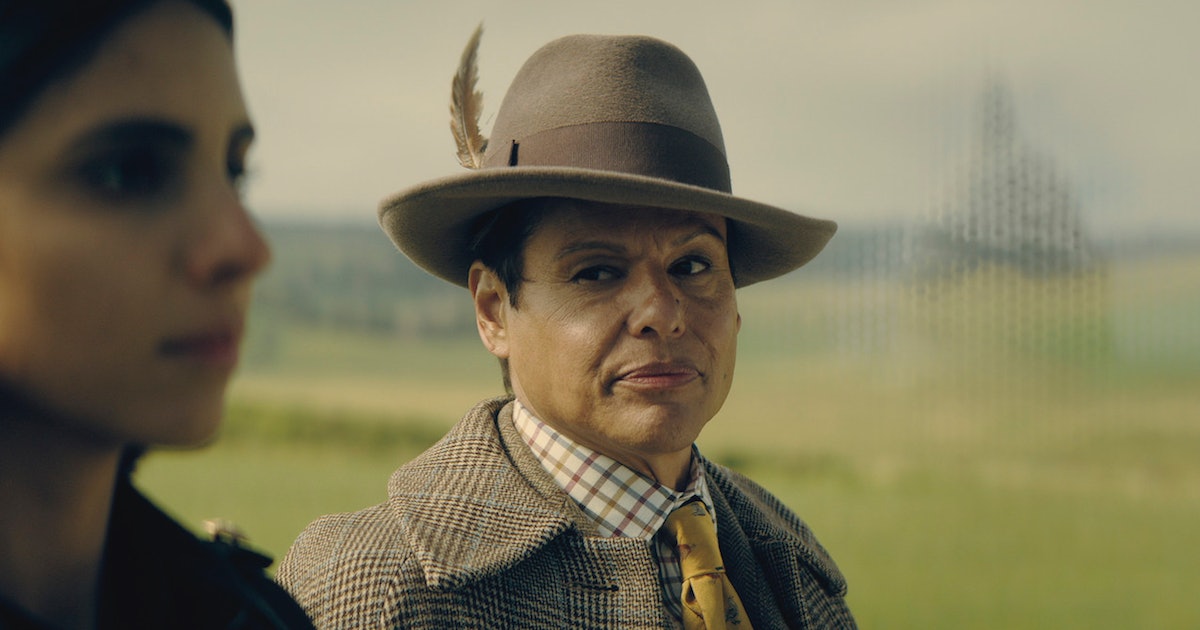 We’re down to the penultimate chapter of Amazon’s The Peripheral and there are myriad mysteries still left to untangle and ingest. It might be considered impolite or a bit harsh to call last week’s episode boring, so during a holiday week where we gather to give thanks for all our blessings (like this superb show), let’s just call it mildly uneventful. Hopefully, Peripheral Episode 7 can get things back on track.

With that in mind, here’s everything you need to know about The Peripheral Episode 7, “The Doodad,” from release date and start time to the stimulating plot.

When is The Peripheral Episode 7 release date?

What is The Peripheral Episode 7 release time?

How many episodes are left for The Peripheral Season 1?

The debut season of The Peripheral encompasses eight episodes in total. Following this week’s installment, there’s just one episode left.

What is the plot of The Peripheral Episode 7?

With only one more episode to go before the finale, we’d expect some major character’s to wind up dead — or an astonishing new reveal to be forthcoming. Bob the Butcher, fresh from making a big splash at the Pickett home and escaping, will no doubt be looking for a bit of payback against good ‘ol Corbell before keeping himself on target Terminator-style hunting down Flynne and Burton.

Inspector Ainsley Lowbeer will keep penetrating the mystery around Daniel’s demise, which should lead her to seek out more details from the ex-hitman’s boss, Dr. Cherise Nuland over at the Research Institute. Lowbeer vs. Nuland should be a fascinating battle of wits to observe.

Also, we kinda miss the duplicitous antics of Aelita West and she is destined to resurface soon to expose her Neoprim plans and her involvement with that Luddite organization to destroy rebuilt London. Or have they been miscast as the villains in this dizzying cyberpunk series?

Who is in The Peripheral cast?

Is there a trailer for The Peripheral Episode 7?

Amazon Studios rarely releases teasers or trailers for each upcoming episode but does deliver a scant sliver of what’s to come in weekly post-credit sequences. However, there’s usually not much meat on those marketing bones except for a few cryptic soundbites. To attune to the time-bouncing adventures of the entire series, check out the official “Weeks Ahead” trailer below.

What happened in The Peripheral Episode 6?

More time-hopping mania unfolded last week in “F*ck You and Eat S*it” as we leaped back four years from Flynne’s 2032 timeline to Burton’s marine unit engaged in a combat mission in the Texas Outback. Conner tries to aid a poor dog used as bait that’s booby-trapped with a bomb and we saw how he ultimately became a triple amputee. This was the same scene Grace revealed to Aelita in the God Font from Episode 6 as an example of an RI behavioral mods experiment.

Back in London 2099, Flynne learned more about Wilf’s future and how the Research Institute’s tech uses augmented reality to make the devastated city less bleak with new skyscrapers and roaming drone citizens. Flynne and Wolf uncovered fugitive Aelita West’s association with the anti-tech Neoprim radicals who hope to devastate London after the post-Jackpot reconstruction.

Over at the Zubov compound, Ash helped incubate fresh peripheral bodies for Conner and Burton. Eccentric Met detective Ainsley Lowbeer was on the case involving the demise of Dr. Cherise Nuland’s loyal hitman, Daniel. “Mum” had a proper sitdown with smug Klept leader Lev Zubov to probe Wilf’s alibi and requested a rendezvous with Flynne, Burton, and Conner.

Meanwhile, back in Flynne’s timeline, Tommy is concerned with his injuries and visited Dr. Dee Dee after his rollover accident with the stealth SUV while transporting Bob the Butcher. He later learns it was his boss who dragged Bob from the crash after being bribed with mega bucks.

On the domestic front, local druglord Corbell Pickett cooked up a fine brined roast for his wife, Mary, and an unlikely dinner guest in the form of Bob the Butcher, who was fitted with an electroshock collar in case he tried anything sneaky (which he did!).

With Corbell off snooping through Sheriff Jackman’s computer, his wife entertained Bob the Butcher at home. Bob made a clever getaway after tossing a trinket into a ginormous saltwater fishtank which flooded the house and allowed him to snag the shock collar control and flee.

A call came in for Flynne, Burton, and Conner to leap back to the future via quantum tunneling and into their avatars, where Lowbeer awaited to introduce herself to the trio as we fade to black.

Will The Peripheral get a Season 2?

We’re down to the penultimate chapter of Amazon’s The Peripheral and there are myriad mysteries still left to untangle and ingest. It might be considered impolite or a bit harsh to call last week’s episode boring, so during a holiday week where we gather to give thanks for all our blessings (like this superb show),…

We’re down to the penultimate chapter of Amazon’s The Peripheral and there are myriad mysteries still left to untangle and ingest. It might be considered impolite or a bit harsh to call last week’s episode boring, so during a holiday week where we gather to give thanks for all our blessings (like this superb show),…

Is ‘1899’ Season 2 renewed? Everything we know about the Netflix show’s future