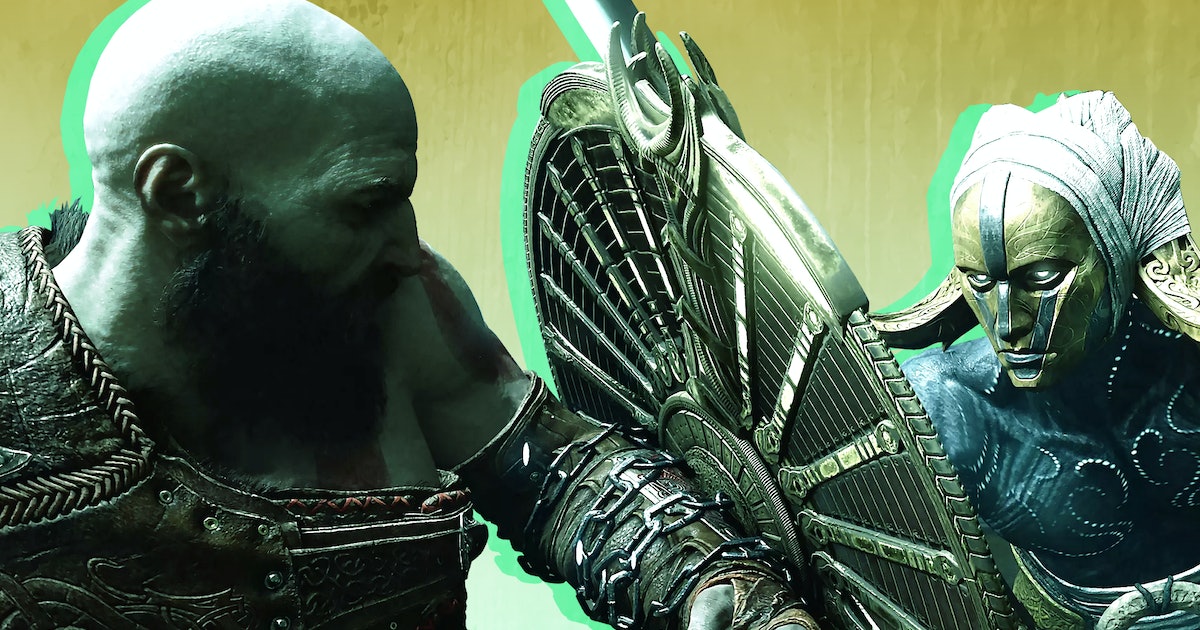 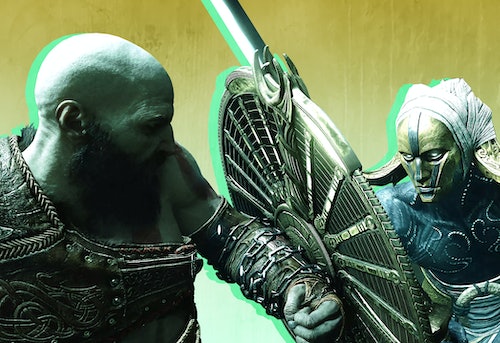 Ready to show the Nine Realms what you’re made of? God of War Ragnarok brings back many aspects of what made the prior game so enjoyable, including the Muspelheim challenges. Players can test their mettle against enemies and scenarios that never occur elsewhere. That means you’ll have to think carefully and approach combat in new ways during these optional encounters at the conclusion of the Norse saga. And if you manage to conquer these challenges, you’ll be rewarded handsomely.

How to unlock the Muspelheim challenges

In order to unlock this section of the map (which also hides a fun post-game boss fight) you’ll have to track down the two halves of the Muspelheim Yggdrasil seed.

The first half is found in Svartalfheim on Modvitnir’s Rig in a Legendary Chest.

The second half is in Freyr’s camp in Vanaheim. It is accessible after the Realm has turned to daylight. Crossing the water behind the camp, you’ll find a Legendary Chest that contains the second half of the seed.

What are the Muspelheim final challenges?

While players briefly have to visit Muspelheim as part of the story in God of War Ragnarok, it’s also possible to find a new challenge arena. This arena is composed of three different massive sword hilts, each of which allows you to try two different challenges. After completing everything once, each sword gains an additional challenge.

Players will also be able to trigger a “final challenge” by doing specific combinations of the nine challenges. These final challenges are far more difficult, but are also far more rewarding, bestowing special gear and upgrade resources.

As a result, there are 15 challenges in total: Six base challenges, three additional challenges unlocked after beating the first six, and then six final challenges that require different combinations of the three swords. It doesn’t matter what challenge you do from a sword, but the order in which do the swords does matter.

How to unlock all 6 Muspelheim final challenges

Tips and tricks for each fight

There’s a few basic tips that apply to all six of these challenges. For starters, even though it’s possible to access this before you’re halfway through the game, you shouldn’t attempt it so early on. You don’t need to have absolutely everything maxed out, but if you go in unprepared, you’re going to be demolished.

You’ll need to unlock a good number of skills for Kratos and your companion. Find all of the Nornir Chests in God of War Ragnarok to upgrade Kratos’ health and Rage. You should also upgrade your chosen set of armor — the Dragon Scaled, Raven Tears, and Survival sets are all good choices — as well as upgrading the Leviathan Axe, Blades of Chaos, and Draupnir Spear. 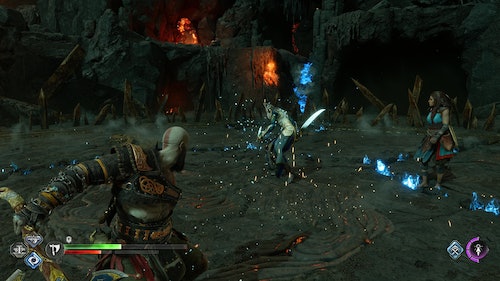 You’ll face a Traveler, Light Elf Slayer, Stalker, Dark Elf Lord, and an Einherjar Captain here. The important thing is to focus on dealing damage and parrying attacks. In particular, parrying is critical when dealing with the Light Elf Slayer, who can otherwise carve you up quite easily.

Save Freya’s special attack for the Light Elf Slayer to deal high damage. The most useful Relic here is likely the Hilt of Hofud, letting you slow down time and deal extra damage to an enemy giving you a lot of trouble. Using the Huldra Charge Light Runic attack on the Einherjar Captain will allow you to deal Bifrost damage, making short work of him if you are quick with your combos. 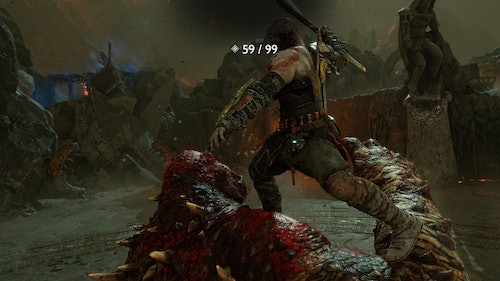 99 enemies seems like a lot, but most of them aren’t that tough. Grim, raiders, light elves, legion, and dark elves make up the vast majority of what you’ll face here. The major (dangerous) exceptions are an Ogre and a Gradungr that’ll show up midway through the fight. The important thing is to heal up wherever possible, grabbing any health or rage stones that drop.

Useful Light Runic attacks include Hel’s Touch and Cyclone of Chaos, while Heavy Runic attacks to use include Atlas Eruption and Artillery of the Ancients. These area-of-effect abilities will help to keep you from being mobbed, which is a threat the legion especially carry. If possible, try to stun the Ogre when it shows up, and you can ride on it, easily disposing of a few other foes without having to worry about your own health. 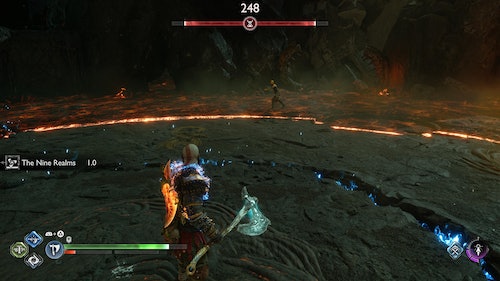 The biggest issue with this challenge is pacing yourself — you’ve got to last five minutes. Don’t just relentlessly attack anything on the screen; you need to carefully select targets based on the threat they pose. Your area that you can operate in is also restricted, with much of the arena covered in lava that will set you on fire if you step in it.

Prioritize ranged threats. If enemies with ranged attacks like the Viken don’t get close, use the Blades of Chaos Hyperion Pull ability to grab enemies and pull them in closer. The biggest threats will come from a couple of wyverns that show up, as their swooping attacks are hard to avoid. 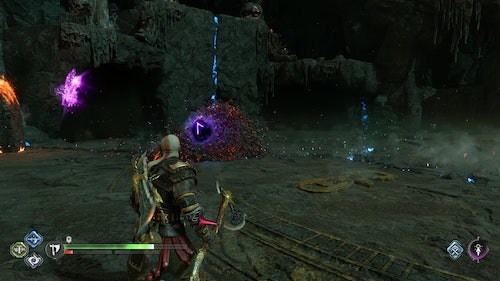 Things here are fairly straightforward, but that doesn’t make it less difficult. You’ll have to defeat a Fire Phantom while also disposing of a wave of weak enemies that show up partway through.

Evasiveness is the name of the game here. The Fire Phantom deals extreme damage, though using the Draupnir Spear to gain Burn Resistance can help out for short bursts of time. When the other enemies show up, try using area-of-effect attacks to keep the weaker foes off your back while still increasing the stun meter of the phantom. A Gradungr is the most dangerous enemy that can appear and when it does, quickly pivot your attention and dispose of it as fast as possible. 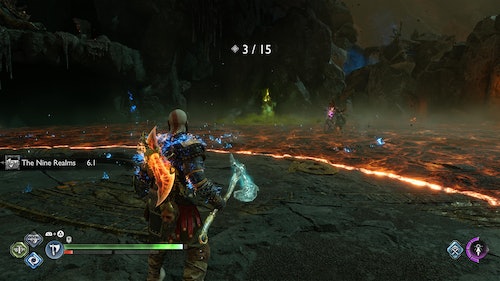 In this challenge, you’ll be moving around the arena constantly as the safety ring within the fire is moving around. Because of this, only use your Runic attacks when the ring has just stopped moving, in order to ensure your safety.

Wrath of the Frost Ancient is an excellent Runic Light attack to use here, and you should focus on spamming arrows from Atreus/Freya to try and build up stun on individual enemies in order to execute them. A wyvern shows up towards the end, and you should use the Draupnir Spear to acquire Bifrost in order to quickly kill it. 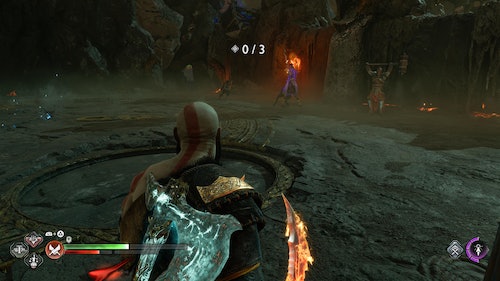 You’ll have to face an Einherjar Captain and then a Stalker in this fight. Both are invulnerable until you kill a number of weaker enemies (four for the captain, three for the stalker) and then their shield drops for a brief time.

The Einherjar Captain’s Bifrost attacks are the biggest threat here, so you need to dispose of him as quickly as possible. Use the Leviathan Axe to brutally dispose of the fodder quickly, then unleash your Runic attacks. The Stalker shows up when the Captain is low on health, but don’t pivot: Double down on killing him — you don’t want to be fighting both at the same time. After he’s down, toss your axe and hit the Stalker’s horns to stun her.

God of War Ragnarok is out now on PS4 and PS5.

Ready to show the Nine Realms what you’re made of? God of War Ragnarok brings back many aspects of what made the prior game so enjoyable, including the Muspelheim challenges. Players can test their mettle against enemies and scenarios that never occur elsewhere. That means you’ll have to think carefully and approach combat in new…

Ready to show the Nine Realms what you’re made of? God of War Ragnarok brings back many aspects of what made the prior game so enjoyable, including the Muspelheim challenges. Players can test their mettle against enemies and scenarios that never occur elsewhere. That means you’ll have to think carefully and approach combat in new…