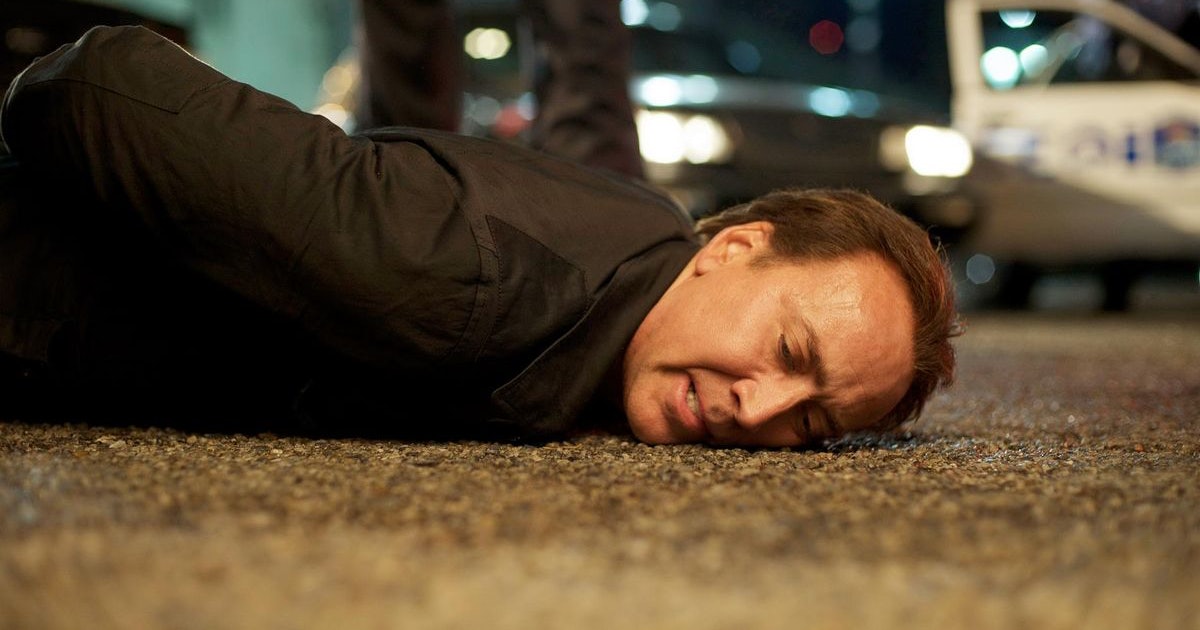 10 years ago, Nicolas Cage made his laziest action thriller ever

A little over a decade ago, Hollywood launched an iconic franchise about a middle-aged white man with a particular set of skills who sets out to rescue his kidnapped daughter by any means necessary. Taken launched Liam Neeson’s already successful career to new heights and started a franchise. Four years later, Nicolas Cage made a very similar movie, with very different results.

Released on September 14, 2012, Stolen feels like a blatant attempt to cash in on the success of Taken with a similarly bankable action star. Swap Neeson for Cage and Paris for New Orleans, and you basically have the same premise. Unfortunately, the team behind Stolen was seemingly unable to recreate the magic formula that made Taken a smash hit — though it’s still a fun look back at a specific moment in Hollywood history.

In Stolen, Nicolas Cage plays Will Montogomery, a thief who carries out elaborate bank heists. He’s the leader of a four-person team of criminal tropes — you have the tech expert (M.C. Gainey), the getaway driver (Malin Akerman), and the partner/sidekick Vincent (Josh Lucas). But when a heist goes sideways, Vincent gets injured. Ultimately, Cage is captured by the FBI after the rest of his team drives off. Such is the risk one takes when your closest allies are all criminals, I guess.

Flash-forward eight years. Montogomery has served his time in prison and returns home to his now-teenage daughter Alison. His old partner in crime, Vincent, is also back and out for revenge. So Vincent kidnaps Cage’s daughter and demands $10 million, which he believes his old partner hid away somewhere after their last heist.

The rest of the movie plays out somewhat predictably as Cage’s Montogmery tries to find Vincent — who’s driving around New Orleans with Alison drugged up and locked in the trunk — all while also evading the FBI. To make matters worse, it’s Mardis Gras, although that does give Cage the cover he needs to evade the feds early on.

Copycat accusations aside, the setup for Stolen seems like it should work. After all, Nicolas Cage managed to make an excellent action thriller in the same location as Bad Lieutenant: Port of Call New Orleans just a few years earlier. But that was directed by Werner Herzog. Stolen is the handiwork of Simon West, whose work includes the Nic Cage classic Con Air along with the music video for Rick Astley’s “Never Gonna Give You Up.” In other words, West has talent, but there’s little evidence of it in Stolen.

The pacing of the movie is so disjointed there’s no sense of urgency, which is vital in a Taken-style thriller. Too often, the characters stop what they’re doing to explain themselves. Josh Lucas’ character, Vincent, in particular, is an exposition machine. He’s constantly telling someone — whether it’s Cage, the daughter, or a random motorcycle cop — what he’s been up to over the last few years, his revenge plan, and how much his life sucks.

Nicolas Cage is an excellent actor, but he’s at his best when he’s allowed to embrace his prime Nicolas Cage-ness. This usually consists of but is not limited to:

Cage can transform a forgettably bad or mediocre movie into something memorable. But here, he plays his character as a straightforward action movie protagonist. The performance is fine, but not memorable. To put it another way, there are no Stolen memes.

The actor doesn’t even get any memorable lines. The only semi-noteworthy quotes come from Josh Lucas’ Vincent, and they’re pretty lame. (“I’ve already been to prison; I didn’t like it. In fact, I f*cking hated it!” and “You destroyed the only thing I ever loved – me!”). No one is making any Vincent memes, either.

My grand unifying Nicolas Cage theory is that the actor is typically allowed at least one weird ask for every movie he’s in. Typically, it’s something so visually weird you can’t help but laugh. In Face/Off, it was the choir scene. For Ghost Rider, it was eating jelly beans out of a cocktail glass while watching a chimpanzee on TV. In Wicker Man, it was dressing up in a bear costume and punching out a cult woman (this ranks almost as high up as “Not the bees!”).

Some might enjoy this movie if they’re Nicolas Cage fans who are happy to see him in anything or just enjoy action flicks in general. Stolen is not a truly terrible action movie, it’s definitely not the most interesting or engrossing action film out there. For most people watching, Stolen will be a quickly forgotten movie that doesn’t really leave much of an urge to take in a second viewing.

A little over a decade ago, Hollywood launched an iconic franchise about a middle-aged white man with a particular set of skills who sets out to rescue his kidnapped daughter by any means necessary. Taken launched Liam Neeson’s already successful career to new heights and started a franchise. Four years later, Nicolas Cage made a…

A little over a decade ago, Hollywood launched an iconic franchise about a middle-aged white man with a particular set of skills who sets out to rescue his kidnapped daughter by any means necessary. Taken launched Liam Neeson’s already successful career to new heights and started a franchise. Four years later, Nicolas Cage made a…

10 years ago, Joaquin Phoenix made the most realistic cult thriller ever