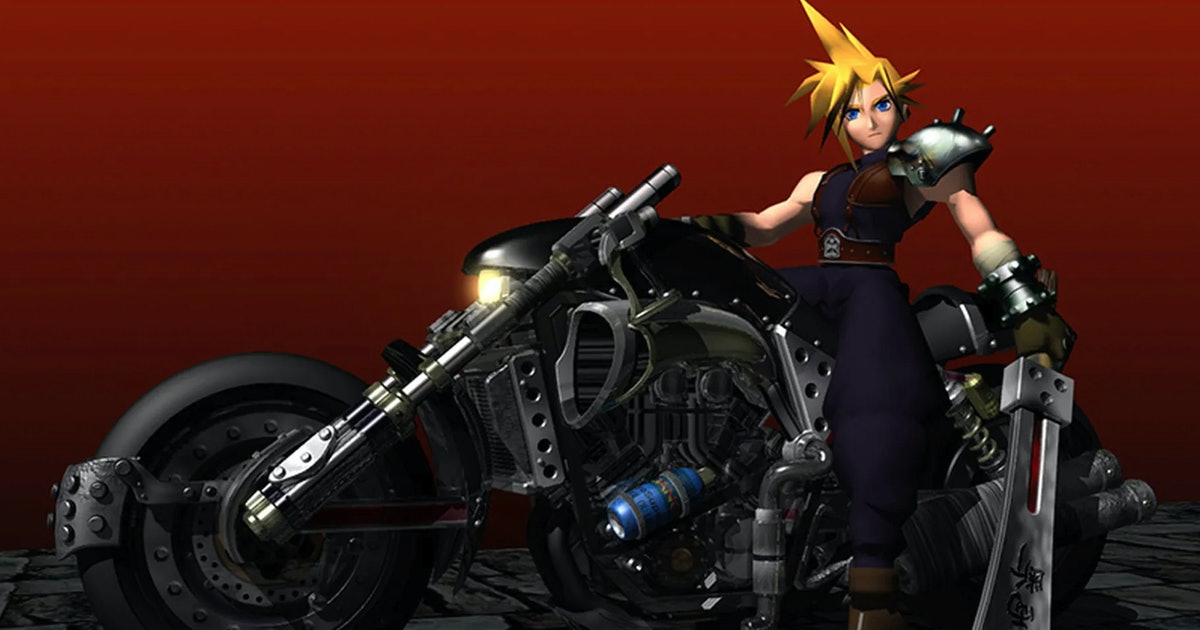 Final Fantasy 7 celebrated its 25th anniversary on January 31, 2022. So Inverse is offering fans a full week of content dedicated to the iconic RPG. But, as popular as the 1997 classic might be, not everyone has experienced the majesty of the original narrative in its first form. And, even if you have played it before, returning to the retro RPG as it once was probably won’t be quite as fun as you might think — at least compared to contemporary standards in gaming. Whether you’re a newcomer or series veteran, the reality is there’s only one truly great way to play Final Fantasy 7 in 2022.

Beyond the original PlayStation release of Final Fantasy 7 in 1997, the lineage of the game’s re-releases and remasters tends to get a little bit messy. The origin of the best version of the game can be traced back to 2015, with the debut of the remastered PlayStation 4 version. Since then, that build of the game was ported to Xbox and Nintendo Switch in 2019 and the PC Microsoft Store in 2020.

In other words, no matter where or how you choose to play, there’s an ideal version of FF7 waiting to be purchased for around $15.

Aside from the obvious remaster treatment of adding high-res assets to decades-old models, this particular build of the game takes things one step further than most re-releases by actually adding features that completely fix three of the most infuriating facets of the initial release. With 25 years to consider the truth, even the most staunch of JRPG purists must acknowledge FF7’s imperfections from a modern context.

In case you’ve forgotten the frustrations, allow us to remind you of them while outlining the amenities the modern remasters offer. As you can see in this screenshot from the Switch release, the remaster offers a few interesting benefits by clicking in the thumbsticks. In practice they sound simple, but, in real-time, they are a total game-changer.

Speed up the action

Whether you’ve played Final Fantasy 7 before or not, having the option to speed up the action by three times is a glorious feature. Veterans may want to sprint through their journey if it’s their second or third time through, and the modern remasters offer that luxury without a need for cumbersome mods.

For the first-timers and fanatics alike, this feature offers an effective solution to FF7’s laboriously extensive combat animations. Especially if you plan on leveraging Magic frequently, the length of time it takes to make your move increases substantially. And then, of course, there are the instances in between attacks where enemies will just stand there for several seconds before doing anything. Back in the day, we imagine it may have taken multiple small loads for some of these animations to appear on screen, but now you can enjoy these turn-based battles in a way that respects your time as a player.

Perhaps one of the biggest reasons turn-based combat has largely been abandoned by JRPG mainstays like Final Fantasy is the reality that it’s often too time-consuming to be fun. This 3X fix allows you to see the game as it was without those countless seconds of being bored to tears.

In addition to Final Fantasy 7’s combat being a hair too slow for modern audiences, some of its finer battle mechanics might seem a bit stilted too. Especially if you’re just coming fresh off a playthrough of Final Fantasy 7 Remake, being forced to read pages of tutorials about the original Materia system can be a seriously laborious task. It can take some time to get used to, and that’s especially frustrating for those who just want to breeze through the story to have that extra narrative context going into Remake Part 2.

That’s where Battle Enhancement Mode comes in. In simple terms, this is a God mode that maximizes Limit gauges and refills MP and HP in between turns during any combat encounter you wish.

As cheap as it may sound in practice, the added mechanic has plenty of reasonable uses. The aforementioned story-focused playthrough of the games is obvious, but, especially when used in tandem with the 3x speed boost, it also becomes an effective means of grinding as well. Constant access to Limit moves means it’s easier to shred through scores of random encounters quickly. Especially as you inch toward the game’s tougher boss battles, grinding for levels will almost assuredly be a necessity. If you want to skip the grind altogether and get straight to winning, this feature is capable of that too.

True FF7 purists will likely scoff at the prospect of using God mode in any capacity, but, for a game with stilted mechanics and lots of returning players, leveraging it in a remaster makes a lot of sense. Whether you’re struggling or just want to get to your favorite part of the game faster, having the guaranteed ability to vanquish a particularly annoying foe can be super helpful.

As divisive as a feature like God mode might be, JRPG fans’ modern disdain for random encounters is almost universal. Having fun in any video game relies on keeping positive momentum going, and nothing puts the skids on good feelings like being stopped by enemies in the overworld every time Cloud takes two steps forward.

The year in which Final Fantasy 7 was made was perhaps a peak moment for random encounters in JRPGs. If you weren’t frustrated by them in FF7, then you probably were tearing your hair out after having to constantly run away from irrelevant monsters in Pokémon Red and Blue. Luckily, the FF7 remasters offer an antidote for that illness with a single button press.

Battle is essential to the fabric of Final Fantasy 7 as we know it, but so too is the game’s compelling narrative. Unnecessary battles pulled players away from experiencing those emotional moments, but now you can get to them on your own terms. Keep battles turned on only when you need them.

Not every Final Fantasy 7 player will view the remasters’ added accessibility accouterments as vital inclusions, but, just like every good feature in this mold, you only have to enable it if you want to use it. For those who do experiment with these quality-of-life enhancers, you’ll experience a version of Final Fantasy 7 that trims off the fat in all the right places without compromising what the source material stands for.

Whether you just want to watch a good narrative or would prefer to skip those horrendous WEAPON bosses on your fifth playthrough, there’s something good to be said about remasters that break the game in calculated ways to suit the needs of its audience. It takes confidence to put God modes and speed hacks front and center, but the makers of Final Fantasy 7 know the base game is so remarkable that you’ll probably be selective in the moments you choose to skip. These remasters simply offer the best outlet to play the game’s best moments with the least friction possible.

Final Fantasy 7 celebrated its 25th anniversary on January 31, 2022. So Inverse is offering fans a full week of content dedicated to the iconic RPG. But, as popular as the 1997 classic might be, not everyone has experienced the majesty of the original narrative in its first form. And, even if you have played…

Final Fantasy 7 celebrated its 25th anniversary on January 31, 2022. So Inverse is offering fans a full week of content dedicated to the iconic RPG. But, as popular as the 1997 classic might be, not everyone has experienced the majesty of the original narrative in its first form. And, even if you have played…