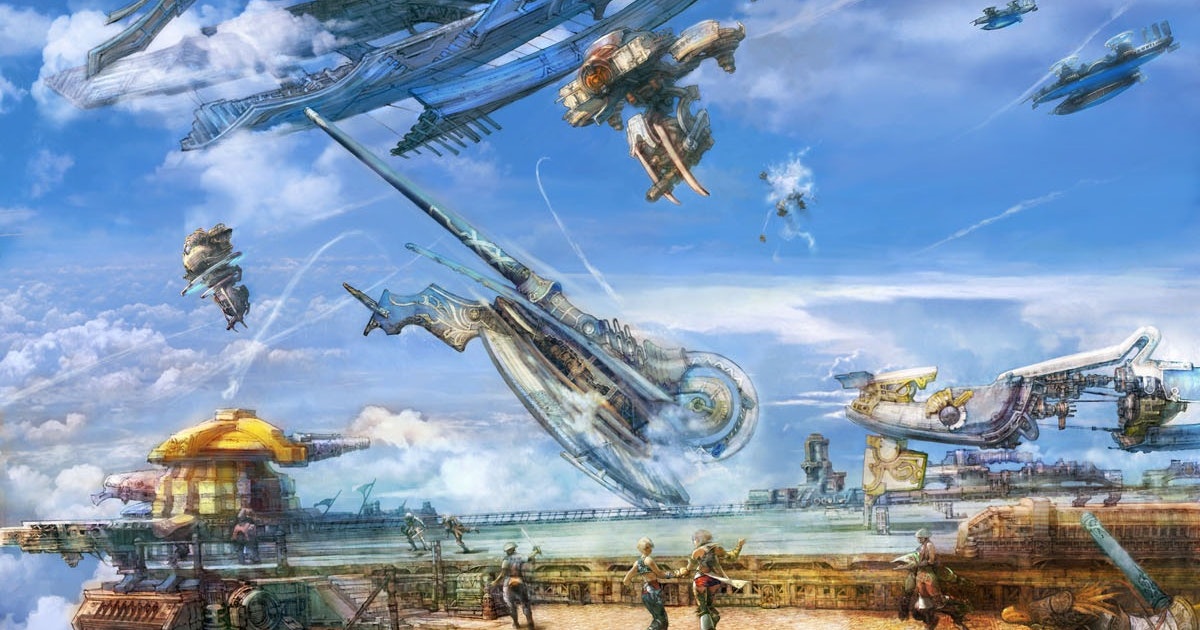 Long-running video game series tend to abide by the adage, “If it ain’t broke, don’t fix it.” It’s easy to see why. AAA games routinely cost hundreds of millions of dollars to develop, so if you’re in the habit of releasing a new Assassin’s Creed or Call of Duty game every year or so, it makes more sense to deliver something fans already like than invest too much in risky innovations. As reasonable as it is from a business perspective, sticking to the formula can also produce games that feel a bit like reheated leftovers. Final Fantasy developer

Despite running since 1987, the Final Fantasy series has been largely free of these stale, factory-farmed games. Sure, you can count on a few recurring elements (giant chickens, impractical airships, some guy named Cid), but it keeps things fresh with a brand-new story for each main installment and frequent, though often minor, changes to its turn-based combat.

In other words, Final Fantasy wasn’t broke — but Square Enix decided to fix it anyway.

The start of the 21st century was a tumultuous time for Square Enix. Final Fantasy X’s successful 2001 release was preceded just a few weeks earlier by the box office bomb Final Fantasy: The Spirits Within, Square Pictures’ first and last film. The launch of the MMO Final Fantasy XI the next year divided fans of the usually single-player series. In 2003, Hironobu Sakaguchi, the creator of Final Fantasy, left Square Enix to found his own development studio, Mistwalker. Amid this chaos, Final Fantasy XII was taking shape.

Final Fantasy XII had problems of its own. Director Yasumi Matsuno stepped away from the game during its development, reportedly due to illness. Production dragged on, making FFXII at one time the record-holder for the longest video game development period ever at five years.

There are a lot of reasons why FFXII took so long to develop, but one is how different it is from its predecessors. From the beginning of development, Square Enix wanted to do away with the random encounters that had defined Final Fantasy to that point. Instead of transitioning from the world map to a battle screen at the whim of a random number generator to fight, FFXII players see enemies as they explore the world, letting them get the drop on monsters or try to escape before they’re spotted.

Once combat starts, things are equally unfamiliar. Rather than line up in neat little columns, your party and the enemies just start hacking away at each where they stand. You don’t even need to input a command every time you attack; Just do it once, and your party leader will keep swinging away every time their turn comes up. The most dramatic change to combat comes from the Gambit system.

Using Gambits, you can program FFXII’s party members to do anything from healing an ally to scanning an enemy for weaknesses and attacking with the appropriate magic, all on their own. At the time, FFXII’s real-time combat was compared to that of FFXI, but nowadays, it looks an awful lot like a blueprint for Final Fantasy VII Remake.

FFXII’s combat is by far the most obvious deviation from Final Fantasy tradition, and the element that’s most directly inspired later games. Take a closer look, though, and you’ll find the game brimming with original ideas, many of which have since been folded into the series. Clan Centurio hunts let players track specific monsters for rewards, providing a steady source of side quests throughout the game. The same system appears in Final Fantasy XIV almost unchanged from its original incarnation.

While FFXII didn’t originate the world of Ivalice, it cemented it as one of Final Fantasy’s best settings, leading to its reappearance in FFXIV’s Return to Ivalice raid series. FFXII also wasn’t the first Final Fantasy to include voice acting, but its performances are a massive improvement over those in FFX, thanks to the talents of theater actors brought in for the project.

Final Fantasy games have always been political. Sometimes it’s an evil empire in the background ruining everyone’s good time, but other times politics are at the forefront, like in FFVII, where you play as an anti-corporate ecoterrorist. FFXII leans hard into politics, centering its story not on one rambunctious party of monster slayers but on a continent-spanning war that turns its main characters’ formerly independent kingdom into an occupied state. This more grounded tone and focus on the consequences of war spill over into later games in the series, including the upcoming Final Fantasy XVI.

It just so happens now is a great time to play this oddball Final Fantasy.

Final Fantasy XII: The Zodiac Age is a remaster that makes the game look great at modern resolutions without changing its original, vibrant art design. The world of Ivalice feels more alive than ever with its fresh coat of paint. The Zodiac Age also adds some quality of life improvements, most notably a fast-forward option that increases the game’s speed, so you can breeze through the first few hours of admittedly underwhelming combat and get to the good stuff sooner. Even if it doesn’t hook you, it’s worth spending at least a little time seeing how the most underrated Final Fantasy games is also one of the most influential.

Long-running video game series tend to abide by the adage, “If it ain’t broke, don’t fix it.” It’s easy to see why. AAA games routinely cost hundreds of millions of dollars to develop, so if you’re in the habit of releasing a new Assassin’s Creed or Call of Duty game every year or so, it…

Long-running video game series tend to abide by the adage, “If it ain’t broke, don’t fix it.” It’s easy to see why. AAA games routinely cost hundreds of millions of dollars to develop, so if you’re in the habit of releasing a new Assassin’s Creed or Call of Duty game every year or so, it…