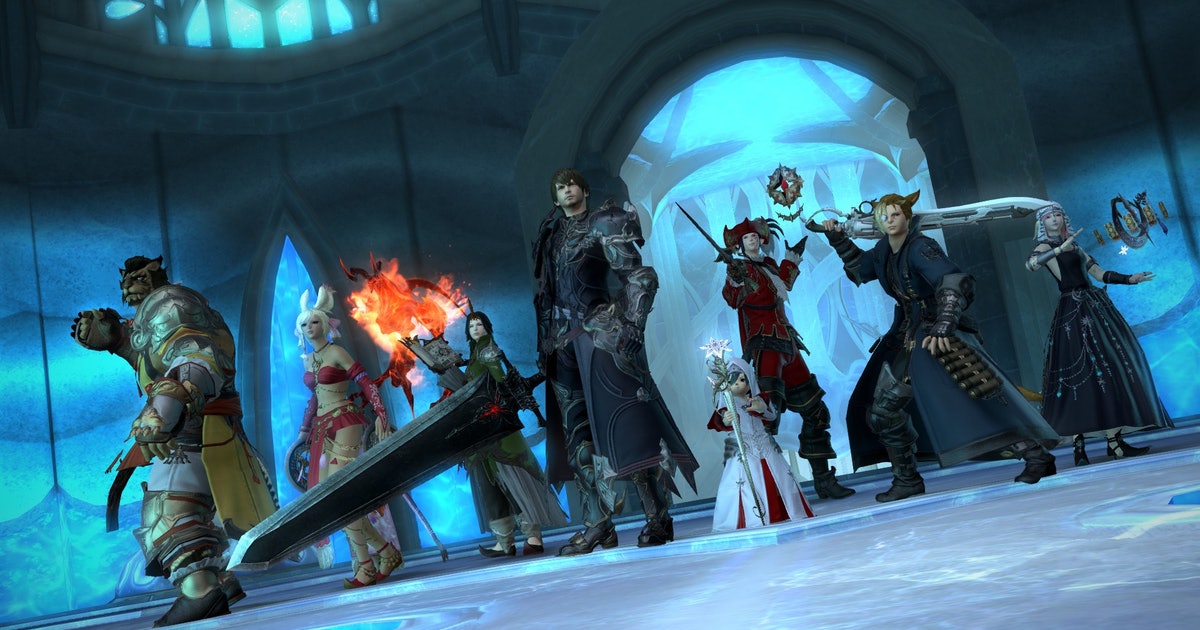 Oceania opening date and rewards for moving to Materia

Ever since the release of Endwalker, Final Fantasy XIV has been struggling under the weight of its growing player base. Hours-long queue lines and overloaded servers even led to Square Enix stopping sales of the game completely. But fixes are slowly starting to roll in, as Square Enix has announced an official release date for the Oceania data center. The digital version of FFXIV will also go back on sale on January 25, 2022, at 12 a.m. PST.

There’s a lot of information to dig into about the new data center, and how it’s going to change Final Fantasy XIV. On top of that there are expansions coming to the current data center, so here’s everything you need to know.

Oceania will be the ninth data center for FFXIV, and it’s scheduled to go online on Tuesday, January 25, 2022. There’s no exact time given by Square Enix, but they do note it’s Japan time, meaning the data center could open late in the night in Pacific or Eastern time zones.

At the opening, Oceania, also known as Materia, will have five different worlds which Square Enix hopes will be more than enough room for players wanting to move over to a less cluttered server. If you’re a player in Australia, New Zealand, or anywhere else in the Oceania area, you should absolutely consider moving over. The new data center should help alleviate the latency and network issues players in the Oceania region have been experiencing.

Players in other areas of the world are able to move to the new data center as well, but keep in mind that if you’re based in the United States, the North American data centers might perform better for you. Also remember that if you move your character to a new data center you’ll need to pay to move them again, and you can’t currently visit worlds on other data centers. Still, if you have friends moving to the data center, feel free to move. You’ll even have a few incentives to do so.

In order to do a World Transfer, players will need to head to the Mog Station and fill out their request there. More details can be found on the World Transfer page on FFXIV official site.

There are a few different incentives Square Enix is providing to players that move to Materia, the most valuable of which is a level 80 experience boost. If you haven’t started Endwalker yet, this could be a fantastic way to catch up and get ready. The bonuses work out a few different ways, so find the details below, provided by Square Enix.

Bonuses for transferring to new worlds

For owners of estates and apartments, Square Enix also provided the following notes.

These bonuses will remain active until each world has reached a specified number of players, and apparently, once a world has been removed from the “Preferred World” category, the bonuses are no longer applied.

When are other FFXIV data centers getting expanded?

While the Oceania data center should help assuage some of the congestions issues, Square Enix also has plans to expand the data centers in all three of the other regions as well. These will come in different phases, starting with Japan.

The Japanese expansion will add an entirely new data center that’s supposed to increase capacity by nearly 50,000 simultaneous logins. This expansion is planned to hit in July 2022.

Europe is next up, with two different phases planned for its expansion. The first phase is currently scheduled to happen in July 2022 and will add four new worlds. The second phase is scheduled for Summer 2023 and will add a new data center with eight worlds.

Updated North American servers are also going to happen in two phases, similar to Europe. The first phase is scheduled for August and will add a new data center and four new worlds. The second phase will come in Spring or Summer 2023 and add four additional worlds under the data center established in the first. Square Enix also notes that it’s considering a larger scale expansion for North America that would hit sometime around the next expansion.

Can you travel to other data centers in FFXIV?

There is a data center travel system planned for FFXIV, that would let players visit worlds in other data centers, but it’s been delayed until patch 6.1. There’s currently not a release date for patch 6.1, but it’s likely to hit sometime in March 2022. To see more info on how the system works, head over to the official announcement page.

Ever since the release of Endwalker, Final Fantasy XIV has been struggling under the weight of its growing player base. Hours-long queue lines and overloaded servers even led to Square Enix stopping sales of the game completely. But fixes are slowly starting to roll in, as Square Enix has announced an official release date for…

Ever since the release of Endwalker, Final Fantasy XIV has been struggling under the weight of its growing player base. Hours-long queue lines and overloaded servers even led to Square Enix stopping sales of the game completely. But fixes are slowly starting to roll in, as Square Enix has announced an official release date for…