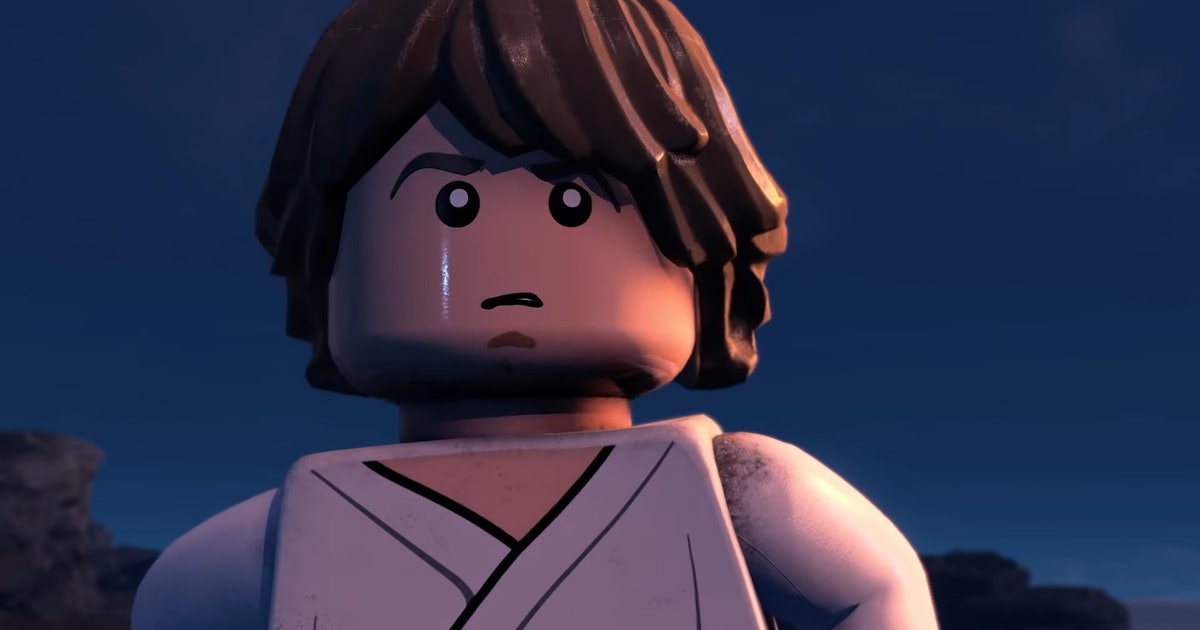 Lego Star Wars: The Skywalker Saga will be the pinnacle of the Lego game series.

The last console generation saw Lego-themed tie-ins for most major blockbusters, and that all started with the original Lego Star Wars games in the mid-2000s. Now, TT Games is returning to the IP to create one massive game that encompasses all nine mainline Star Wars movies.

We first saw the game in action during Microsoft’s press conference at E3 2019, but it has since suffered several delays. The game is still shrouded in mystery, but what we do know about it paints this entry as the most ambitious Lego game yet. We have rounded up everything you need to know about the game, including its newly confirmed release date, latest trailers, gameplay and story details.

When is the Lego Star Wars: The Skywalker Saga release date?

After years of uncertainty, TT Games finally announced the release date of Lego Star Wars: The Skywalker Saga as part of the Gameplay Overview trailer released January 20, 2022. The closing moments of the deep dive reveal that the game is officially set to launch April 5, 2022. Those who’ve been following the game closely, however, know the final details of this date were a long time coming.

An episode of This Week in Star Wars suggested that it would be released on October 20, 2020, but in August 2020, the game finally reemerged with a cinematic trailer at Gamescom Opening Night Live 2020. There, WB gave it a spring 2021 release window. Unfortunately, as Spring 2021 began, it was clear that the game wouldn’t make this window.

On April 2, TT Games provided an update via Twitter. “All of us at TT Games are working hard to make Lego Star Wars: The Skywalker Saga the biggest and best-ever Lego game – but we’re going to need more time to do it,” it says. “We won’t be able to make our intended Spring release date but will provide launch timing as soon as possible.”

At Gamescom Opening Night Live 2021, another trailer for the game was shown off with the Spring 2022 release window. It remains to be seen in Lego Star Wars: The Skywalker Saga will actually make this release window or if it is doomed to be delayed again.

Is there a Lego Star Wars: The Skywalker Saga trailer?

Yes, there is! Fans have seen this game multiple times at various trade shows since 2020, so here’s a recap of those various clips.

This six-minute explainer outlines the base mechanics of the Skywalker Saga including its combat, interplanetary travel, open-world level design, and collectibles.

A gameplay overview for Lego Star Wars: The Skywalker Saga

This clip was shown during Gamescom Opening Night Live 2021. It features key moments from The Phantom Menace, Empire Strikes Back, and The Last Jedi.

This trailer was featured as part of Gamescom Opening Night Live 2020. It shows Luke learning the ways of the Force, Anakin doing some pod racing, and the rise of Darth Vader.

What is the Lego Star Wars: The Skywalker Saga story?

There is no official plot synopsis, but we know that all nine films that make up the cinematic Star Wars Skywalker saga will be included in this game. That means that the events of Star Wars: The Last Jedi and Star Wars: The Rise of Skywalker will be adapted for the first time for a video game and that it will feature the stories of the previous Skywalker saga installments.

Officially, TT has only offered the following: “In true Lego form, players will relive the epic story of all nine films in the Skywalker Saga, and it all starts with picking the trilogy of their choice to begin the journey.”

The game appropriately features audio clips from the films to supplement the action, but those who prefer a dialogue-free experience closer to the PS2 Lego Star Wars originals can also enable Mumble Mode.

What will Lego Star Wars: The Skywalker Saga gameplay be like?

Players can expect the Lego brand to come through strong as players build certain parts of the world, weapons, transport, and so forth with Legos as they complete their missions. There will be a total of 45 levels for players to make their way through, but the game also gets more detailed than previous Lego titles.

To start, combat has been reworked to be more involved and combo-based. New mechanics also offer up opportunities for offensive counters as well. Outside saber fights, Blaster controls have been completely reworked to allow more precision requirements for each shot. Enemies even react differently depending on where each laser hits. Lastly, the Force can be used to lift objects in combat and to influence NPCs to let your character reach previously blocked areas.

In that vein, levels now feature multiple paths to explore with main quests and side quests to complete along the way. Main quests pull you along the prescribed path of each film, while side quests feature minigames like getting in bar fights at the cantina or shooting clusters of womp rats. As if that wasn’t enough, players also unlock additional planets as they progress through the narrative. Traveling between planets features full space flight mechanics and dogfights against enemy forces.

These expansive levels, of course, exist in service of a wide range of collectibles. Key among them is the Kyber Brick which can be used to upgrade abilities across a wide range of character classes including Jedi, Hero, Dark Side, Villain, Scavenger, Scoundrel, Bounty Hunter, Astromech Droid, and Protocol Droid. The game is expected to feature more than 300 unique characters and nearly 1,000 Kyber Bricks. Free Play Mode allows players to control any character they wish across the entire trilogy. Just select the point of the trilogy from which you want to start, and your Star Wars journey begins.

What editions exist for Lego Star Wars: The Skywalker Saga?

Lego Star Wars: The Skywalker Saga has two different editions. The standard edition retails for $59, and it’s eligible for digital pre-order bonuses which include access to the Trooper Character Pack on launch day. For those who purchase the game post-launch, that character pack will be available one month after release in the Character Collection battle pass or as an individual purchase. Digital buyers can also unlock the exclusive Classic Obi-Wan Kenobi playable character too.

The Deluxe Edition of the game costs $69, and it includes:

There also some pre-order bonuses tied to specific retailers. Purchase either edition of the game from Best Buy to get a free SteelBook case. Buy it from GameStop, and you’ll get a free mini x-wing Lego kit.

Do I need to know the Star Wars movies to play?

There’s no reason why you must watch the movies before you play Lego Star Wars: The Skywalker Saga. But why wouldn’t you use this as a chance to re-binge all of the movies and have an enjoyable time? Well, at least until you hit The Rise of Skywalker.

Lego Star Wars: The Skywalker Saga will be the pinnacle of the Lego game series. The last console generation saw Lego-themed tie-ins for most major blockbusters, and that all started with the original Lego Star Wars games in the mid-2000s. Now, TT Games is returning to the IP to create one massive game that encompasses…

Lego Star Wars: The Skywalker Saga will be the pinnacle of the Lego game series. The last console generation saw Lego-themed tie-ins for most major blockbusters, and that all started with the original Lego Star Wars games in the mid-2000s. Now, TT Games is returning to the IP to create one massive game that encompasses…

Oceania opening date and rewards for moving to Materia