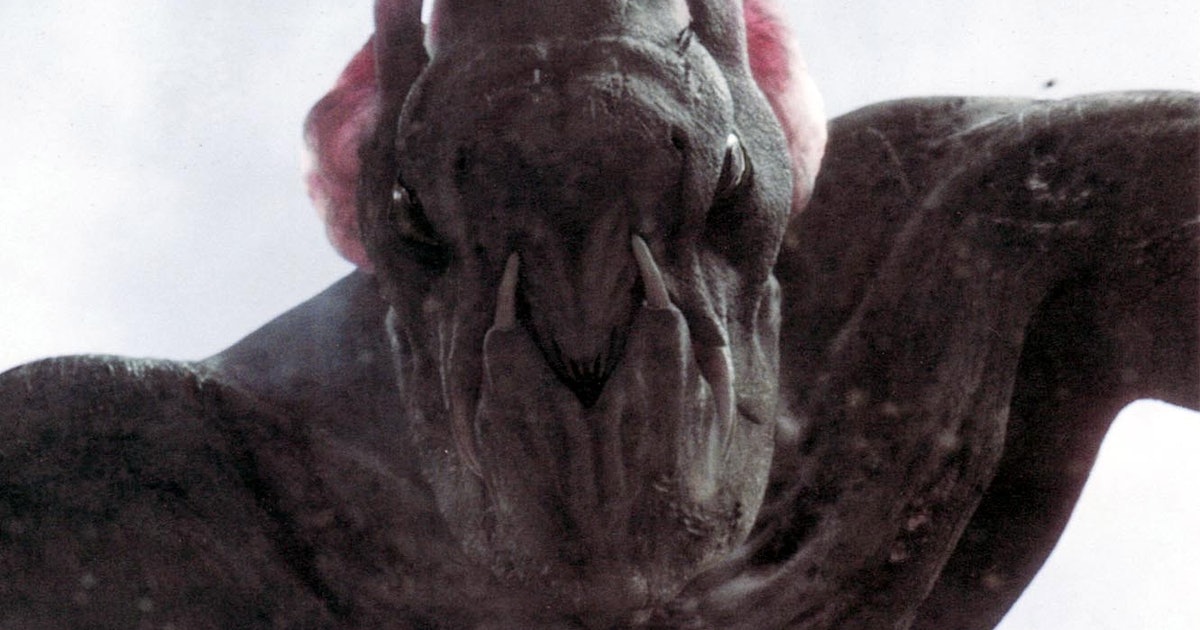 In short: the monster is a baby, and it was freaking out the whole time.

As part of a press tour to mark the 15th anniversary (and 4K Blu-ray home video release) of his found-footage horror film Cloverfield, Matt Reeves told Syfy a fascinating detail about the monster. When asked if Reeves ever thought about its origins, he confirmed he did because he had to.

“Because you have to figure out how to direct the monster, so to speak,” Reeves said. “So you have to understand what’s going on with them emotionally.”

The director added the Cloverfield Monster is an infant for its species, and its violent behavior occurred because it didn’t know what was happening.

“[F]or me, the big secret was that the monster was a baby and was experiencing separation anxiety. The reason the monster was freaking out is because they were having fits based on looking for their mother. And so, [the monster] was just as afraid as the main characters, because it seems like there would be nothing more terrifying than the human element fighting this giant monster element and, actually, both of them are just terrified.”

Reeves said knowing the monster was like a panicked child running amok shaped the movie’s unique visual composition. “That’s a mess. [I]t was absolutely something that we talked about in the development of the creature and in terms of how I shot it,” he said.

Reeves also discussed the film’s final shot, which shows main character Rob (Michael Stahl-David) and girlfriend Beth (Odette Annable) spending a day at Coney Island months before the attack, with a flicker in the background showing something crashing into the ocean.

“It’s alien. In fact, at the end of the movie, you can see the moment when it comes to [Earth]. It’s another one of those little Easter egg moments, but when we revisit that footage where they’re on the Ferris wheel at the end, you can see the meteor flying down and hitting the ocean. That’s actually the beginning of the baby being on Earth.”

In addition to helming the acclaimed Planet of the Apes prequel trilogy and last year’s The Batman, Reeves also produced Cloverfield’s stand-alone sequels — 2016’s 10 Cloverfield Lane and 2018’s The Cloverfield Paradox — which turned Cloverfield into a sci-fi horror anthology. But the original Cloverfield stands tall for good reason.

It wasn’t exactly groundbreaking in 2008; there are immediate comparisons to The Blair Witch Project’s cinema vérité techniques from a decade prior. But Cloverfield channeled the era’s post-9/11, War on Terror anxieties, a time characterized by the sudden ubiquity of YouTube and sophisticated electronics that allowed everyone to have a camera in their pocket. The film purposefully mimicked the realism of Iraq War ground footage, which modernized the kaiju genre for the 21st century.

Cloverfield was released in January 2008, but watching it in 2023, it feels hyper-aware of its moment in a way few movies ever are. If all it takes is a baby monster to make America panic, maybe we have more to fear than meets the eye.

15 years ago, a monster stomped over New York City, ruining a dude named Rob’s going-away party. Now, Cloverfield director Matt Reeves reveals a piece of trivia that puts the monster’s destruction into context. In short: the monster is a baby, and it was freaking out the whole time. As part of a press tour…

15 years ago, a monster stomped over New York City, ruining a dude named Rob’s going-away party. Now, Cloverfield director Matt Reeves reveals a piece of trivia that puts the monster’s destruction into context. In short: the monster is a baby, and it was freaking out the whole time. As part of a press tour…

20 years ago, Danny Boyle made the most important post-apocalypse movie of all time