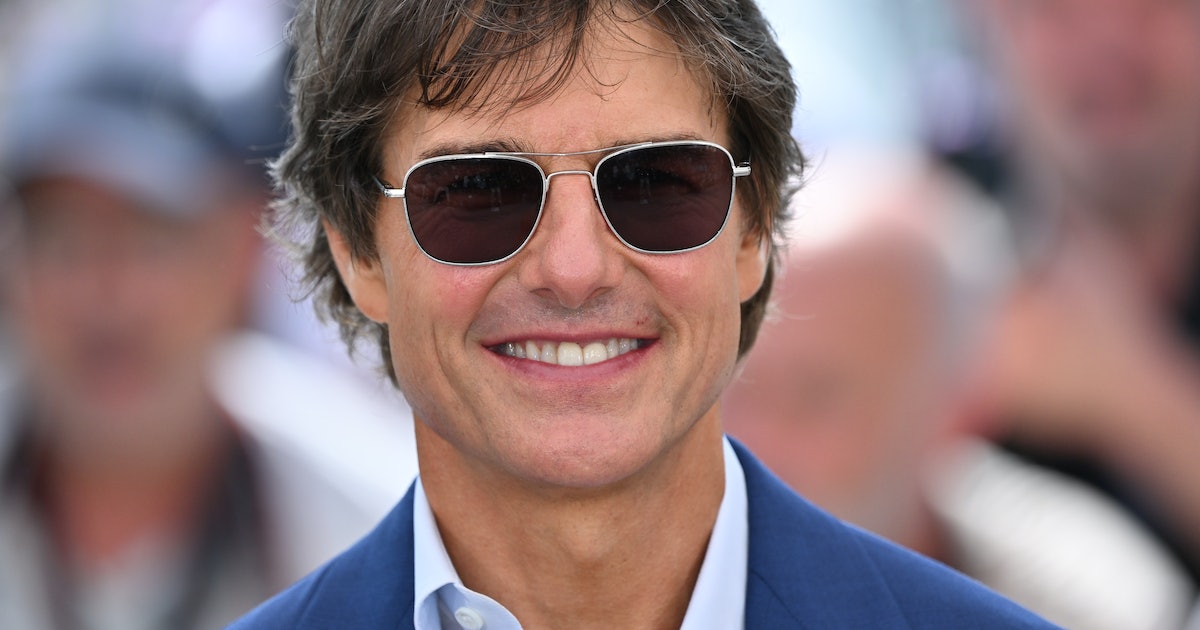 There’s a paradox at the heart of the military action film. Many attempt to condemn the violence of battle, but just as many inevitably end up aestheticizing it. There’s a fatal allure to the spectacle of it all: it’s easy to lose sight of the toll of warfare when the idea is to make it look as thrilling as possible.

The best depictions of military conflict are the ones that tether us to tangible human drama, and although its sequel is the one that’s currently captivating the world, there’s an exhilarating blockbuster from 1986 that does just that. Tony Scott’s Top Gun is an iconic exploration of American military culture’s machismo, combining break-neck aviation setpieces with a surprisingly tender coming-of-age narrative.

Although the best friends at the heart of the movie, Pete “Maverick” Mitchell (Tom Cruise) and Nick “Goose” Bradshaw (Anthony Edwards), are the result of raw cinematic imagination, much of it is based on a true story. After Ehud Yonay’s California Magazine article “Top Guns” focused on the rigorous training of fighter pilots at Marine Corps Air Station Miramar in San Diego, producers Jerry Bruckheimer and Don Simpson immediately recognized its potential as a massive crowd-pleaser. They bought the film rights to Yonay’s article and set about offering the script to dozens of screenwriters. Jim Cash and Jack Epps Jr. are credited, but Don Simpson has said that as many as 11 scribes worked on the movie.

But Top Gun is far from a simple product of Hollywood imagination and ingenuity at work — it’s also a collaboration with the U.S. Navy. Pete Pettigrew, a genuine Top Gun instructor and retired two-star admiral, was brought on to lend some authenticity to the film’s depiction of the school. The Navy also allowed the filming of normal aircraft carrier operations, as well as the use of jets from several F-14 fighter squadrons. Of course, this came at the cost of the military exercising authoritarian control on certain aspects of the script, most notably keeping the film’s enemy combatants anonymous. It’s no secret that the military leverages its assets for the sake of maintaining its image on-screen, and based on the legendary boom in recruitment they received after the release of Top Gun, it’s safe to say this strategy works.

It’s not hard to see what makes the depiction of naval aviation look so stimulating, as Tony Scott’s production went to absurd lengths to capture the aerial stunts. Paramount Pictures was so committed to immersing viewers in the action that it spent up to $7800 an hour on jet fuel and operating costs. The studio also hired F-14 manufacturer Grumman to create camera pods that could capture high-altitude shots. Decorated, real-life pilots were responsible for pulling off the movie’s stunts, and it’s obvious on-screen how meticulous and dangerous each of them was. In one particularly tragic example, a stunt pilot and aerial cameraman named Art Scholl died attempting the “flat spin” maneuver that happens in a crucial scene.

With such a focus on the pulse-pounding intensity of the action sequences, as well as the bull-headed rivalry between pilots at the heart of the narrative, there’s an impression that Top Gun is a shallow movie, but in truth, there’s quite a bit of nuance beneath the surface. Cruise crystalized his spot in pop culture history with his measured performance as Maverick; he’s headstrong and boisterous, but also damaged and vulnerable at such a tumultuous moment in his life, and it feels like a far cry from contemporary action roles for men. Even his relationship with Goose is allowed a level of intimacy that friendships between men in similar movies of the time rarely reached.

Scott feels keen on examining the culture of false masculinity constructed by men to protect themselves from the world around them. Most of the men in the Top Gun program are performing a display of ego to position themselves at the top, for the sake of bragging rights but also to project mastery over their fears and insecurities. Maverick’s recklessness represents a very specific kind of compensational thrillseeking; and the fact that Val Kilmer’s Iceman, a stoic and disciplined pilot, views his hotheadedness as dangerous hints at the much larger stakes outside the school’s walls.

For as much tension as Scott draws from the movie’s action setpieces, he draws an equal amount of warmhearted drama from watching Maverick come of age. Kelly McGillis’ Charlie Blackwood provides a perfect foil and love interest for Pete. She’s every bit as headstrong and self-assured as he is, and through the ebb and flow of their relationship, we see him drop the mask to be vulnerable with her. While the angst of their relationship might feel a little juvenile, McGillis and Cruise’s chemistry capture the fleeting playfulness of first love so well.

That sense of wistfulness echoes through a lot of the film, in surprising and heartbreaking ways. No coming-of-age narrative can escape the impermanence of youth, and Top Gun smashes audiences with a shocking tragedy that ejects Maverick from the comfort of his boyish perspective and forces him to decide what kind of man he wants to be. Top Gun can’t escape its jingoism, nor the desire to make a spectacle of war, yet it teases at the grand tragedy of conflict: it forces boys to become men in the face of unimaginable loss. Maverick joins Top Gun with a naive belief that he knows what it means to be a pilot, but he leaves with a bittersweet understanding of the price of a life in the skies.

Top Gun is streaming on Netflix.

There’s a paradox at the heart of the military action film. Many attempt to condemn the violence of battle, but just as many inevitably end up aestheticizing it. There’s a fatal allure to the spectacle of it all: it’s easy to lose sight of the toll of warfare when the idea is to make it…

There’s a paradox at the heart of the military action film. Many attempt to condemn the violence of battle, but just as many inevitably end up aestheticizing it. There’s a fatal allure to the spectacle of it all: it’s easy to lose sight of the toll of warfare when the idea is to make it…