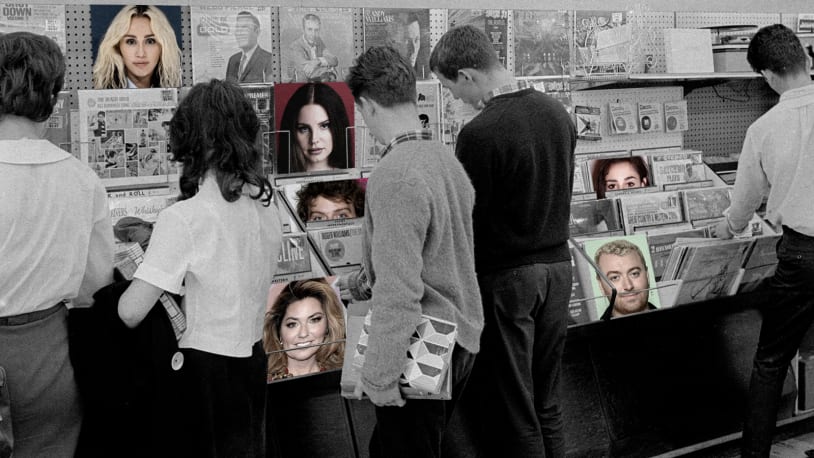 A new year means new music. Here are nine albums to watch out for in the first quarter of 2023:

Beloved indie king Mac DeMarco will return to claim his rightful throne with a new instrumental album, Five Easy Hot Dogs, out Jan. 20. His first LP since 2019’s Here Comes the Cowboy, Five Easy Hot Dogs was recorded on a 2022 road trip between Los Angeles and Utah, which DeMarco said was “kind of like being on tour, except there weren’t any shows, and I’d just be burning money.”

The “collection of recordings from this period all shake hands, they have a present musical identity as a whole,” DeMarco wrote in a press release. “I was in it while I was in it, and this is what came out of it, just the way it was.” Five Easy Hot Dogs “sounds like what rolling around that feels like. I hope you enjoy.”

After taking over TikTok with the spooky and sensual single, “Unholy,” the U.K.’s Sam Smith will soon return with Gloria, a full-length album inspired by the name Smith uses to address “that voice inside me.” Gloria is “like a voice in my head that just says, ‘You can do it,'” the non-binary singer told entertainer Michelle Visage in November. “And kids have just got to access that voice and feed it.”

In lieu of the heartbreak and loneliness Smith’s projects are often known for, this new album focuses instead on queer joy and happiness. “I think joy for me, and for a lot of queer people, is quite a dangerous place,” Smith told Billboard in August. “We’re all masters of pain, and I think it’s actually a very courageous act to step into the queer joy of it all.” Singles “Unholy” and “Love Me More” are streaming now.

Sad girls, unite! Singer-songwriter and indie darling Samia will release her sophomore LP, Honey, on Jan. 27, affording listeners just enough time for their seasonal depression to kick in. A follow-up to her lauded debut, The Baby, Samia has said Honey “is about learning to see the love around you. Sometimes the only thing I can be certain of is the way it feels. Even when I zoom all the way out, the little things matter the most.”

Let’s go, girls. Country star Shania Twain’s forthcoming sixth album is about loving and celebrating who you are — a message she certainly embraced when posing nude for the cover of the previously-released single, “Waking Up Dreaming.”

Twain began writing her new album during the COVID-19 pandemic as a way to “pick my spirits back up” and “stay as optimistic as I can,” she recently told Stephen Colbert. The LP’s title — Queen of Me — is a way of saying “I’m the boss of me, and I’m in charge of my own mood and my spirit. Nobody can cheer me up except myself. So get to it. And that’s what I did,” she went on. It’s a project about “putting some pep back in your step” and “putting spice back in your life.”

Still fresh off the release of the hit lead single and title track, esteemed pop-punk group Paramore will be back in February with a long-awaited new album This is Why.

Of the title track, lead vocalist Hayley Williams said: “‘This Is Why’ was the very last song we wrote for the album. To be honest, I was so tired of writing lyrics but Taylor [York] convinced Zac [Farro] and I both that we should work on this last idea. What came out of it was the title track for the whole album.”

The song, and in turn the album’s name, references “the plethora of ridiculous emotions, the rollercoaster of being alive in 2022, having survived even just the last three or four years,” Williams continued. “You’d think after a global pandemic of f–king biblical proportions and the impending doom of a dying planet, that humans would have found it deep within themselves to be kinder or more empathetic or something.”

Indie pop starlet Caroline Polachek makes “peace with the chaos” on the forthcoming Desire, I want To Turn Into You, her follow-up to 2019’s Pang. “It’s definitely an extroverted album,” the singer recently told Vogue, “and I’m playing a lot more with nonsense and abstraction.”

The album’s title, borrowed from a line in the single “Welcome to My Island,” could allude to “being in love and wanting to fuse with someone, or the deep, manic hunger that comes with being obsessed with someone,” she explained. “But it could also mean wanting to become desire itself. Which is really the force that guides us through our lives.”

After catapulting to the top of the rock charts with 2020’s Plastic Hearts, Miley Cyrus will return in March with Endless Summer Vacation, a new album featuring production from Mike Will Made-It, Greg Kurstin, Tyler Johnson, and Kid Harpoon, Pitchfork reports. Fans first began speculating new music was on its way after a series of posters labeled “NEW YEAR, NEW MILEY,” began cropping up around Los Angeles at the end of last year. The album’s lead single — “Flowers” — is slated to drop on Jan. 13.

Lana Del Ray, ‘Did You Know That There’s a Tunnel Under Ocean Blvd’ (March 10)

Well … did you?! Lana Del Ray will release her ninth studio album Did You Know That There’s a Tunnel Under Ocean Blvd in early March, just months after she claimed to have been robbed and a number of her songs were resultingly leaked. This new project will feature production from frequent collaborator Jack Antonoff, among others, as well as vocal work from Jon Batiste and Father John Misty, to name a few.

Hyper-pop isn’t for everyone, but those already interested might try looking into subversive duo 100 gecs, whose new album 10,000 gecs will be out March 17. The new LP will fittingly follow the pair’s 2019 debut, 1000 gecs.

A new year means new music. Here are nine albums to watch out for in the first quarter of 2023: Mac DeMarco, ‘Five Easy Hot Dogs’ (Jan. 20) Beloved indie king Mac DeMarco will return to claim his rightful throne with a new instrumental album, Five Easy Hot Dogs, out Jan. 20. His first LP since…

A new year means new music. Here are nine albums to watch out for in the first quarter of 2023: Mac DeMarco, ‘Five Easy Hot Dogs’ (Jan. 20) Beloved indie king Mac DeMarco will return to claim his rightful throne with a new instrumental album, Five Easy Hot Dogs, out Jan. 20. His first LP since…