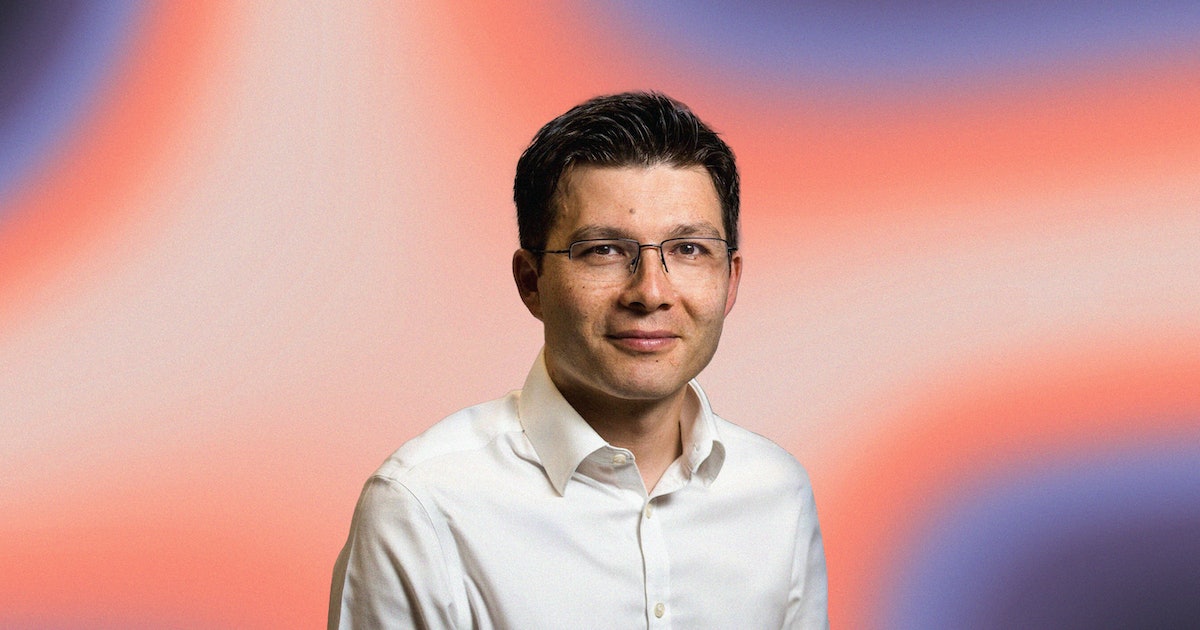 Transformation is one of science’s greatest capers. It may seem incomprehensible, but under the right conditions one can observe that it’s a painstaking series of reactions. While the hallmarks of transformation seem like alchemy (water into wine, ordinary metal into gold), nature abounds with metamorphs: a chrysalis into a butterfly, an acorn into an oak tree, and even — when coaxed — skin cells into neurons.

Sergiu Pașca knows transformation intimately. The 40-year-old Stanford neuroscientist and professor has undergone monumental change himself, and now he’s shifting psychiatric research at large by way of performing transformations at the cellular level.

This past October, his lab published a breakthrough paper in the journal Nature. He successfully morphed human skin cells into stem cells and then functioning neurons in a petri dish — and then transplanted those neurons into the brains of newborn rats. In their new environment, the neurons adapted and grew. This research is just the beginning; Pașca is using his developments to upgrade the model for understanding neurodevelopmental disorders like autism and schizophrenia.

“I essentially went on a quest to try to gain access to the human brain in a non-invasive way,” Pașca tells Inverse.

Born in western Romania in 1982, Pașca adored chemistry early on. He followed the work of Elena Ceaușescu, wife of Romania’s dictator from 1964 to 1989, Nicolae Ceaușescu. Elena was obsessed with chemistry, but had no formal training. Still, her status fortified her as Romania’s first lady of science. Her pervasive image left an indelible mark on Pașca, who watched her sing chemistry’s praises on TV during the three hours of daily programming. By age 11, he built his first chemistry lab in his parents’ basement.

In college he obsessed over biochemistry, seeing the impact of chemistry applied to life sciences. In his second year of medical school, a revelation dawned on him: He began researching the biochemistry of autism, and when he went to the psychiatry clinic to collect samples from autistic patients, one patient’s parents overflowed with gratitude that somebody was researching the condition.

“I immediately started thinking about autism and realized just how fascinating and poorly understood it was,” Pașca recounts. “From there on, I decided that’s what I was studying.” Pașca specializes in the biochemistry underpinning a suite of neurodevelopmental disorders including autism and schizophrenia. Pașca’s still in touch with this first patient.

As he pursued his new purpose in the clinic, the lack of immediate treatments stymied him. “I could probably do a good job for 40 years or so seeing one patient at a time and doing my best, but realized that we’re not providing cures,” he tells Inverse.

The issue, he realized, was with available ways to model psychiatric disorders in the brain. As he began his neuroscience training in medical school, he listened in astonishment to neurons crackling with activity in animals. He imagined how useful it would be to model an individual’s brain, but there was no easy way to accomplish it.

“You can’t just poke a hole in people’s heads and look at neurons,” he concedes. Questions gnawed at him: “Why can’t we just get tissue? Why can’t we build it in a dish and try to capture the biology?”

Then, he saw a potential answer.

In 2006, Pașca was finishing medical school when a breakthrough arrived that would change science, and the trajectory of his own career. In a landmark paper, Shinya Yamanaka demonstrated that, when soaked in a bevy of chemicals, human skin cells can take on the characteristics of stem cells, which have the ability to become virtually any cell. Yamanaka received the 2012 Nobel Prize in Medicine for this breakthrough.

Pașca surmised he could leverage this research. “I realized that would be an incredible opportunity to take skin cells from patients with autism, turn them into neurons in a dish, and start to study that process,” he says. He also saw that he could do more good as a researcher than as a medical doctor. He earned his medical degree in 2007 from Romania’s Hatieganu School of Medicine, but in early 2009 he joined Stanford as a postdoctoral neuroscience researcher.

“I was coming out of Romania, had no formal training, came from a medical school that is not even in the top 1,000 in the world, and not having a Ph.D.,” Pașca recounts. His postdoctoral advisor, Ricardo Dolmetsch, “was kind enough to take me on, believe that I could actually do something.” Shortly after joining, Pașca developed some of the first neurons from patients with autism, transforming from a physician to an auspicious neuroscientist.

Since 2009, he and his team have gone from single layers of cells at the bottom of a dish to entire three-dimensional structures called organoids. As the cells transform, they retain the genetic features of their source, so skin cells from an autistic patient develop into neurons with the same genetic mutation.

Organoids can cooperate as a working structure called assembloids. His lab created three organoids — one resembling a human cortex, another, a spinal cord, and the last, a human muscle — and joined them into one assembloid. Altogether, this modeled the pathway that controls movement and contracts muscle.

Seeing assembloids function independently was a step in the right direction, but these circuits didn’t grow as long as they were limited to the petri dish. Pașca wanted to see how they would do when transplanted into a brain. His team injected the cortex organoids of human neurons into newborn rats’ brains, into their somatosensory cortex where motor control is located. The human neurons adapted to their new surroundings. As they integrated, they formed connections with rat neurons throughout the brain as the rats grew. Soon, the human neurons became as attuned to the rats’ senses as the rodent neurons; they would spark with activity when researchers blew air over the whiskers to make them twitch.

Milestones kept coming. Over 15 days, the lab trained the rats to associate stimulation of the organoid with receiving water. When the rats got thirsty, the human organoid was chattering with the reward-seeking center of the rats’ brains. The rats themselves showed no sign of pain, seizures, and memory or motor function loss in response to the transplant.

Ultimately, Pașca wants these models to serve as “avatars” for the disorder to test drug treatment. The lab would take skin cells from a patient with a certain disorder, convert them into neurons, build and transplant organoids into rodent brains, and see how drug treatments administered to the animals affect the human neurons.

Currently, Pasca’s lab is focusing on Timothy syndrome, a genetic condition in which many children with it also have features of autism and epilepsy, as well as the rare genetic condition Phelan-McDermid syndrome, which also results in autistic characteristics, and 22q11.2 deletion syndrome, in which a tiny part of chromosome 22 is missing. This deletion results in a high likelihood of developing schizophrenia or autism.

Pașca entreats physicians to conduct and publish research. “This is the time when we need to prepare the next generation of physician-scientists who will be in the trenches translating basic science discoveries into the clinic for patients with neuropsychiatric conditions,” he emphasizes. About 1 percent of medical doctors, Pașca says, conduct research outside of seeing patients, a disappointing figure to him.

In the 15 years since Pașca shifted focus from medicine to research, he’s made considerable progress. And still, “I don’t feel fulfilled yet,” he says, “because we have not yet changed clinical practice in any way.”

But he’s hopeful that further transformation awaits. “For a couple of the psychiatric diseases that we’ve been studying, we’re getting very close to running clinical trials to move towards the clinic.” Clinical trials in patients could begin in 2023 or 2024. “I think now I can finally see the light.”

Transformation is one of science’s greatest capers. It may seem incomprehensible, but under the right conditions one can observe that it’s a painstaking series of reactions. While the hallmarks of transformation seem like alchemy (water into wine, ordinary metal into gold), nature abounds with metamorphs: a chrysalis into a butterfly, an acorn into an oak…

Transformation is one of science’s greatest capers. It may seem incomprehensible, but under the right conditions one can observe that it’s a painstaking series of reactions. While the hallmarks of transformation seem like alchemy (water into wine, ordinary metal into gold), nature abounds with metamorphs: a chrysalis into a butterfly, an acorn into an oak…

Prescription poop could be the future of medicine