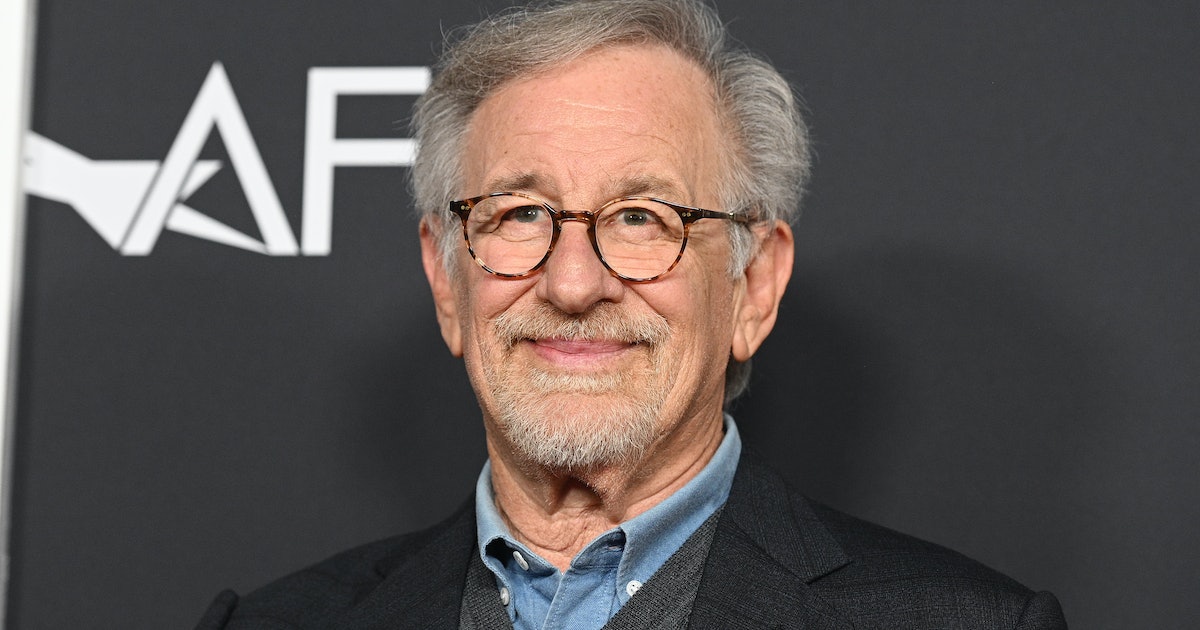 25 years ago, Steven Spielberg made an underrated sci-fi adventure — and subverted his own formula

Batteries Not Included is largely considered one of the least kid-friendly entries in executive producer Steven Spielberg’s ’80s oeuvre. There’s a reason why the usual video game or theme park ride tie-in didn’t follow. But while its cutesy critters failed to make the same cultural imprint as E.T.’s luminous-fingered alien and Gremlins’ luminous-allergic furballs, they did help steer the blockbuster king into uncharted territory.

For one thing, the protagonists aren’t a bunch of adventure-seeking kids with parental issues but an elderly couple, one of whom is in the full throes of dementia. Jessica Tandy’s Faye spends much of the film mistaking an unscrupulous property developer’s hired heavy for her late son. And secondly, the setting isn’t picturesque suburbia but a crumbling apartment block in the bustling city of Manhattan.

Spielberg had previously toyed with the theme of aging in his contribution to The Twilight Zone: The Movie: “Kick the Can” centered on a group of retirement home residents who briefly get the chance to literally relive their youth. Interestingly, Batteries Not Included was originally conceived by the director as an episode of another anthology, NBC’s Amazing Stories, before he realized its feature-length potential.

Indeed, the 1987 caper — initially titled Gramps and Grammy and Company — certainly wasn’t a mere vanity credit. As screenwriter Mick Garris later recalled, Spielberg was heavily involved in the creative process. It was his idea to base the brownstone on Alfred Hitchcock’s classic Rear Window, his job to ensure the picture came in below its modest $25 million budget, and his decision to bring regular collaborator Matthew Robbins on board as director — the pair had worked together on another Amazing Stories episode, “The Main Attraction,” and Spielberg’s proper debut The Sugarland Express.

Spielberg’s determination to keep a tight rein on the purse strings perhaps explains why the film’s frisbee-esque aliens, designed by George Lucas’ Industrial Light and Magic, are used so sparingly. In fact, they don’t even appear on screen for a good half-hour. Instead, the first third of Batteries Not Included plays like a grounded drama about gentrification, community, and how society dismisses anyone past retirement age, whether they’re retired or not.

That includes Faye and her husband Frank Riley (Hume Cronyn) who, as managers of said apartment block and its nearby diner, are very much still vital members of their East Village neighborhood. Nevertheless, they’re forced to start thinking about senior living (“Shuffleboard and pineapples filled with rum”) when their livelihood comes under threat from villainous developer Lacey (Michael Greene).

Thankfully, the long-married couple are joined by a motley crew of tenants, unsusceptible to all the bribery and intimidation tactics, in their fight against the big bad businessman. There’s Frank McRae’s gentle former boxer Harry Noble, Elizabeth Peña’s resilient expectant mother Marisa, and Dennis Boutsikaris’ Mason, an artist recently dumped by his girlfriend for his lack of glamor (“This is the ’80s, Mason. Nobody wants reality anymore”).

And their cause is then helped further by the army of sentient spaceships that descend upon the building late one night. A cross between a flying saucer and a puffer fish, these metal appliances not only clean up the mess street thug Carlos (Michael Carmine) and his minions made but also help out in the Rileys’ café with much hilarity ensuing. In one of the film’s most charming scenes, a ‘Fix-It’ is mistakenly served up in a beef burger bun, while another nearly drowns in a vat of pea soup.

Of course, with this being a Spielberg-adjacent production, there still has to be some kind of trauma among all the hijinks. The female Fix-It appears to have given birth to a stillborn before Harry uses parts of his beloved TV set to miraculously help revive it. The male Fix-It also nearly loses his life during Carlos’ attempts to break the apartment’s plumbing. And their offspring briefly go AWOL in the big city, prompting the extra-terrestrials to head back to the safety of their home planet.

The humans also get put through the emotional wringer, too. Marisa departs the group with the musician father of her unborn baby after developing feelings for Mason, while Faye has to be rescued by an unexpectedly heroic Carlos when an arsonist hired by Lacey deliberately sets the building on fire. For a film perceived to be lightweight, Batteries Not Included isn’t afraid to get heavy.

However, as with the majority of Amazing Stories, the geriatric caper ends on a decidedly happy note. The mechanical family returns in the wake of the fire to restore the brownstone to its former glory, ultimately forcing Lacey to build his empire around it rather than tear it down. Despite painting her naked without her consent (a story that’s aged as well as the problematic depiction of Latinos), Marisa enters into a relationship with Mason. Meanwhile, for reasons unclear, Carlos undergoes an entire personality transplant to become friends with the septuagenarians he’s just spent months terrorizing.

It was inevitable that crowd-pleaser Spielberg would ensure audiences left theaters with smiles on their faces, of course. For younger viewers, the cuteness overload no doubt compensated for the unrelatable subject matter, while older generations would have appreciated a story that proved wonder isn’t always confined to white picket fences and wide-eyed kids.

Batteries Not Included is largely considered one of the least kid-friendly entries in executive producer Steven Spielberg’s ’80s oeuvre. There’s a reason why the usual video game or theme park ride tie-in didn’t follow. But while its cutesy critters failed to make the same cultural imprint as E.T.’s luminous-fingered alien and Gremlins’ luminous-allergic furballs, they…

Batteries Not Included is largely considered one of the least kid-friendly entries in executive producer Steven Spielberg’s ’80s oeuvre. There’s a reason why the usual video game or theme park ride tie-in didn’t follow. But while its cutesy critters failed to make the same cultural imprint as E.T.’s luminous-fingered alien and Gremlins’ luminous-allergic furballs, they…