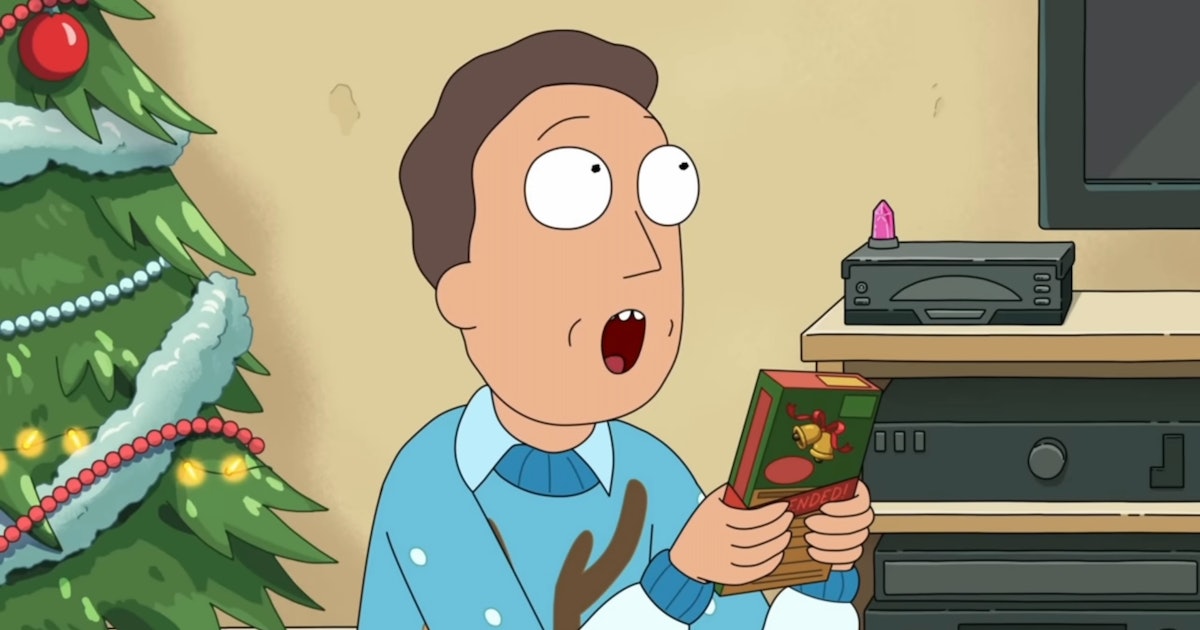 The season finale is here, but not without some final, Christmas-themed chaos. However, knowing how things typically play out for the characters in the twisted sci-fi series, Rick and Morty Season 6 Episode 10 certainly won’t be your typical joy-spreading holiday special.

Here’s everything you need to know about Rick and Morty Season 6 Episode 10, including the release date, time, plot, and trailer.

When is the release date for Rick and Morty Season 6 Episode 10?

What is the release time for Rick and Morty Season 6 Episode 10?

How many episodes of Rick and Morty Season 6 are left?

Rick and Morty Season 6 includes a total of 10 episodes, which means this week’s episode is the last installment of the season. That being said, there’s more Rick and Morty coming in the future.

What is the plot of Rick and Morty Season 6 Episode 10?

Rick and Morty Season 6 Episode 10 is titled “Ricktional Mortpoon’s Rickmas Mortcation,” and, you guessed it, it’s a Christmas episode. The final installment of the season will follow Morty as he asks for the same gift as always for Christmas, which he never ends up getting. However, this might just be the year that Rick finally gives in and gives it to him.

Who is in the cast for Rick and Morty Season 6?

The show’s cast of fan-favorite voice actors has remained the same all season, starring Justin Roiland as both Rick and Morty, Sarah Chalke as Beth, Chris Parnell as Jerry, and Spencer Grammer as Summer.

Is there a trailer for Rick and Morty Season 6 Episode 10?

Yes, Adult Swim released two sneak peeks for Season 6 Episode 10. The first promo shows a Santa-hat-clad Rick bearing a sack of presents from across the multiverse for everyone in the family. He hands Jerry an extradimensional version of Miracle on 34th Street, Beth a photo from a universe where she wasn’t murdered as a child, and Space Beth the same thing, because no one actually knows who is the real Beth at this point. The second promo features Rick and Morty hopping into an elevator after ending up on the wrong floor, which has a monster in it. To Morty’s surprise, the door opens to a cool underground sushi spot.

What happened in Rick and Morty Season 6 Episode 9?

Rick and Morty Season 6 Episode 9, “A Rick in King Mortur’s Mort,” sees Morty accidentally end up in control of the Sun and start a solar system-wide conflict while in the middle of a dramatic medieval plotline. The episode begins as the titular duo queue up for a trendy eatery located in an asteroid belt when a few Knights of the Sun offered Morty knighthood. Rick warns him against it, as it will probably trigger some dangerous adventure, but Morty is peer-pressured into it.

It turns out Rick was right, as Morty is quickly roped into a bigger mess. After passing the sword to Morty, Sir Helios sacrifices himself, and Morty is whisked off to accept his oath as Sir Mortaniel at the Sun. It’s also revealed that as a Knight of the Sun, Morty is required to cut off his own genitals. When he refuses, Morty is challenged by the King of the Sun’s King. However, Morty easily defeats him as Rick gives him an AI sword. Morty leaves for Earth to try to get away from everything, but the knights loyally follow him, to his family’s dislike.

Down on Earth, Morty explains some basic elementary school-level space facts to the knights, which causes them to question their roles in the universe and subsequently become dope addicts. Unfortunately for everyone else, with the Knights of the Sun and the Specter of the Sun, which keeps the Solar System working, out of commission, the Sun will become out of control and thus cause a massive armed conflict. All of the guardians of each planet in the solar system — one of whom is Viscount of Venus, voiced by Jack Black — convene, but they refuse to recognize Morty as their leader, leading to interplanetary warfare. And even Santa Earl of Earth is roped in.

Only one person can solve this crisis: King Mortaniel. Morty galvanizes the Knights of the Sun but is unwilling to complete their initiation process of self-mutilation. Rick tries to help using various sci-fi tech, but the knights see through this. So Rick and Morty are forced to flee before pretending to jump into the Sun’s lava in a callback to the show’s famous vat of acid episode.

This supposed sacrifice from Morty significantly impacts the Knights of the Sun’s religion. The knights abolish their archaic tradition and usher in a new era of peace in the Solar System — which will remain in place as long as Morty and Rick pretend to be dead.

Will there be a Rick and Morty Season 7?

With Season 6 coming to a close, fans can anticipate much more Rick and Morty to come in the future, as creators Justin Roiland and Dan Harmon have already signed on to Cartoon Network for at least one more season. And that’s not all — the creators have also said that they are already working on a Season 8 as part of their 100-episode contract.