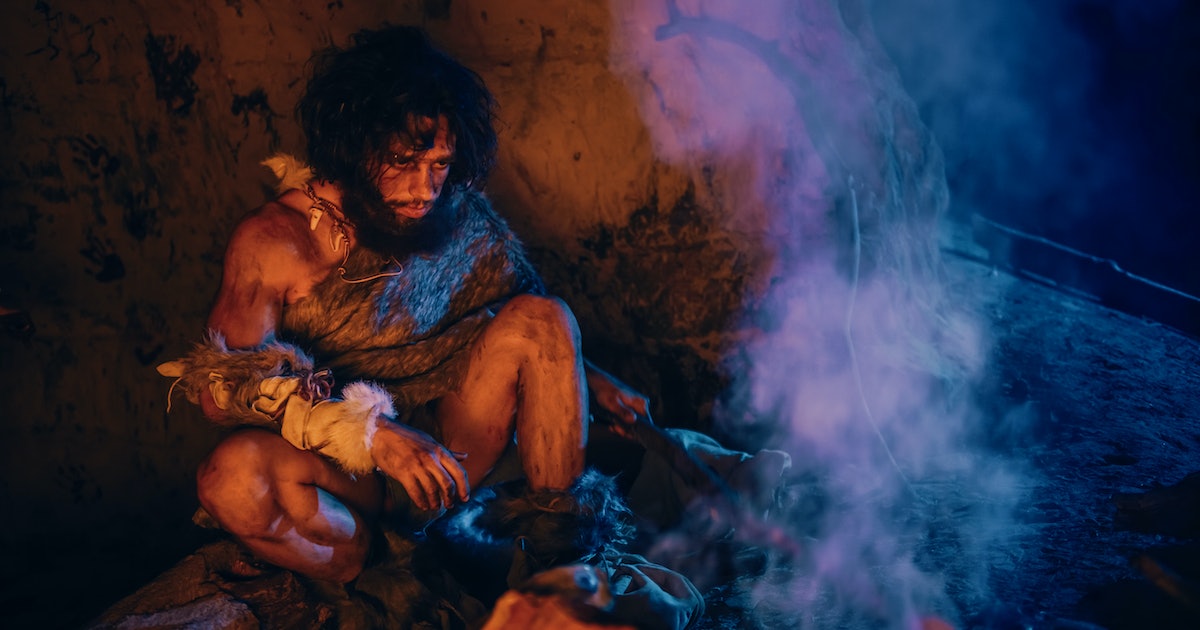 We humans can’t stop playing with our food. Just think of all the different ways of serving potatoes — entire books have been written about potato recipes alone. The restaurant industry was born from our love of flavoring food in new and interesting ways.

My team’s analysis of the oldest charred food remains ever found shows that jazzing up your dinner is a human habit dating back at least 70,000 years.

Imagine ancient people sharing a meal. You would be forgiven for picturing people tearing into raw ingredients or maybe roasting meat over a fire, as that is the stereotype. But our new study showed both Neanderthals and Homo sapiens had complex diets involving several steps of preparation and took an effort to season and use plants with bitter and sharp flavors.

This degree of culinary complexity has never been documented before for Palaeolithic hunter-gatherers.

Before our study, the earliest known plant food remains in southwest Asia were from a hunter-gatherer site in Jordan, roughly dating to 14,400 years ago, reported in 2018.

We examined food remains from two late Paleolithic sites, which cover a span of nearly 60,000 years, to look at the diets of early hunter-gatherers. Our evidence is based on fragments of prepared plant foods (think burnt pieces of bread, patties, and porridge lumps) found in two caves. To the naked eye or under a low-power microscope, they look like carbonized crumbs or chunks with fragments of fused seeds. But a powerful scanning electron microscope allowed us to see details of plant cells.

We found carbonized food fragments in Franchthi Cave (Aegean, Greece) dating to about 13,000-11,500 years ago. At Franchthi Cave, we found one fragment from a finely-ground food that might be bread, batter, or a type of porridge, in addition to pulse seed-rich, coarse-ground foods.

In Shanidar Cave (Zagros, Iraqi Kurdistan), associated with early modern humans around 40,000 years ago and Neanderthals around 70,000 years ago, we also found ancient food fragments. This included wild mustard and terebinth (wild pistachio) mixed into foods. We discovered wild grass seeds mixed with pulses in the charred remains from the Neanderthal layers. Previous studies at Shanidar found traces of grass seeds in the tartar of Neanderthal teeth.

At both sites, we often found ground or pounded pulse seeds such as bitter vetch (Vicia Avila), grass pea (Lathyrus spp), and wild pea (Pisum spp). The people who lived in these caves added the seeds to a mixture that was heated up with water during the grinding, pounding, or mashing of soaked seeds.

The majority of wild pulse mixes were characterized by bitter-tasting mixtures. In modern cooking, these pulses are often soaked, heated, and de-hulled (removal of the seed coat) to reduce their bitterness and toxins. The ancient remains we found suggest humans have been doing this for tens of thousands of years. But the fact seed coats weren’t completely removed hints that these people wanted to retain a little of the bitter flavor.

The presence of wild mustard, with its distinctive sharp taste, is a seasoning well-documented in the Aceramic period (the beginning of village life in southwest Asia, 8500 B.C.E.) and later Neolithic sites in the region. Plants such as wild almonds (bitter), terebinth (tannin-rich and oily), and wild fruits (sharp, sometimes sour, sometimes tannin-rich) are pervasive in plant remains from southwest Asia and Europe during the later Paleolithic period (40,000-10,000 years ago). Their inclusion in dishes based on grasses, tubers, meat, and fish, would have lent a special flavor to the finished meal. So these plants were eaten for tens of thousands of years across areas thousands of miles apart. These dishes may be the origins of human culinary practices.

Based on the evidence from plants found during this period, there is no doubt both Neanderthal and early modern human diets included a variety of plants. Previous studies found food residues trapped in the tartar on the teeth of Neanderthals from Europe and southwest Asia, which show they cooked and ate grasses and tubers such as wild barley and medicinal plants. The remains of carbonized plants remain show they gathered pulses and pine nuts.

While both Neanderthals and early modern humans ate plants, this does not show up as consistently in the stable isotope evidence from skeletons, which tells us about the main sources of protein in diet over the lifetime of a person. Recent studies suggest Neanderthal populations in Europe were top-level carnivores. Studies show Homo sapiens seem to have had a greater diversity in their diet than Neanderthals, with a higher proportion of plants. But we are certain our evidence on the early culinary complexity is the start of many finds from early hunter-gatherer sites in the region.

This article was originally published on The Conversation by Ceren Kabukcu at the University of Liverpool. Read the original article here.

We humans can’t stop playing with our food. Just think of all the different ways of serving potatoes — entire books have been written about potato recipes alone. The restaurant industry was born from our love of flavoring food in new and interesting ways. My team’s analysis of the oldest charred food remains ever found…

We humans can’t stop playing with our food. Just think of all the different ways of serving potatoes — entire books have been written about potato recipes alone. The restaurant industry was born from our love of flavoring food in new and interesting ways. My team’s analysis of the oldest charred food remains ever found…

How new tools like DALL-E could spread misinformation online