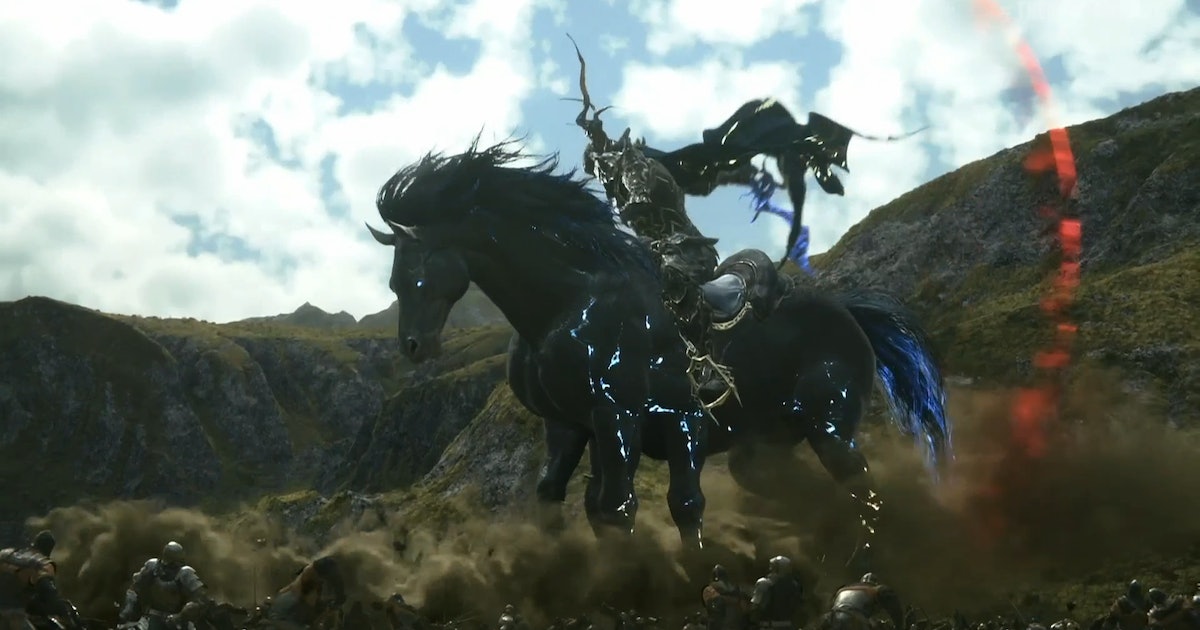 Final Fantasy XVI made a major showing at The Game Awards 2022. That in itself was no surprise — producer Naoki Yoshida’s presentation was confirmed ahead of time by The Game Awards — but the update about the game was certainly a big deal. As Yoshida confirmed, Final Fantasy XVI will hit PlayStation 5 on June 22, 2023. To hype up prospective players even further, Yoshida also shared a brand-new trailer for Final Fantasy XVI, which shows plenty of the game’s signature Eikons and hints of even darker plot points than we’ve seen so far.

Previous FFXVI trailers have shown us a lot to get excited about, from fast-paced combat to the towering Eikons that shape its world and story. Drawn from the summons of past Final Fantasy games, these massive beings form bonds with certain individuals, who can use their power to great effect, controlling the fates of entire nations. So far we’ve seen classic summons like Titan, Ifrit, Shiva, and Garuda make appearances, but there may be more in store.

The Game Awards 2022 debuted a new trailer, titled “Revenge.” Shorter than earlier FFXVI trailers, it was nonetheless full of incredible Eikon-powered action. One short but notable scene shows Odin striding onto a battlefield on the back of a massive steed and effortlessly cutting down an army with one swing of his sword. “Revenge” also showed a glimpse of FFXVI’s hero Clive directly calling on the fiery Eikon Ifrit for help and going into battle with him against a much larger foe.

Given that it’s called “Revenge,” the trailer also hints at FFXVI’s darker themes. At one point in the trailer, Clive is heard saying, “I sometimes wonder if I am controlling it or if it’s controlling me.” It’s likely this has multiple meanings — he could be referring to the powerful Eikon he wields or to the idea of revenge itself, which seems to be a driving force in the game’s story.

Other FFXVI trailers have shown the game’s inciting incident: an attack on Clive and his brother Joshua’s home of Rosaria, where Joshua appears to manifest the power of Phoenix when he’s attacked by a soldier. A scene in the “Revenge” trailer may complicate that, with Clive confronting Joshua (or perhaps just a ghostly image of him) and saying he’s “waited 13 years for this chance,” but what exactly that chance is for isn’t made explicit. The attack on his home would be enough reason for revenge, but it’s also possible Phoenix’s power alone didn’t save Joshua at the moment and Clive is now trying to bring him back from the dead.

Ultimately, The Game Awards FFXVI trailer raises more questions than answers when it comes to the story. What it provides a lot of is those glorious Eikon battles at the heart of FFXVI’s combat. We see several moments where the player is using the power of Eikons to attack enemies with waves of fire, wind, and lightning. It certainly looks like Clive will be able to wield Eikon powers as if they were magic attacks in previous games, and the Eikons themselves will show up only for climactic battles.

The biggest concrete update for Final Fantasy XVI out of The Game Awards 2022 was of course its release date. Final Fantasy XVI will be released June 22, 2023 as a PlayStation 5 console exclusive. It’s possible that it will come to PC at some point, but so far, Square Enix hasn’t confirmed anything on that front.