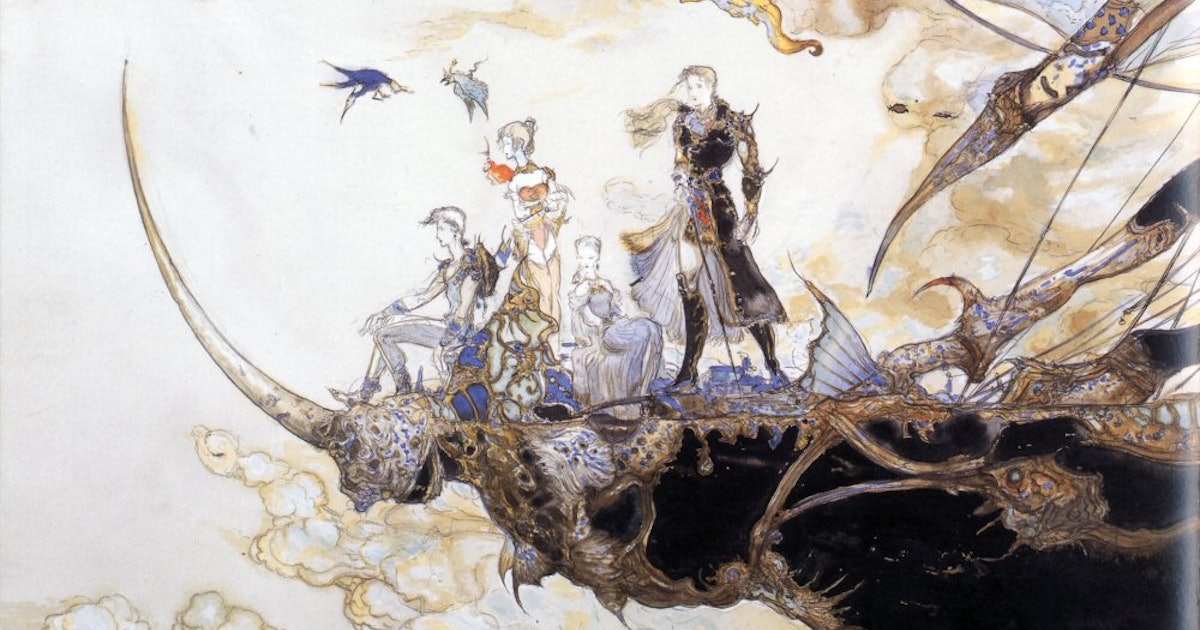 Linked by common thematic elements and gameplay mechanics, Final Fantasy is best defined as an anthology rather than a traditional series focused on a single continuous story. The specifics of the defining pillars of Final Fantasy do not apply to every entry in the franchise, with some pulling more on gameplay and others drawing on archetypal story beats.

But they all hold enough of the same DNA to be Final Fantasy. One of the most iconic parts of the franchise that now is intrinsically linked to the series is the job system, which was perfected 30 years ago by Final Fantasy V.

Final Fantasy V was not the first game to feature the job system. The first entry had six jobs including the now iconic Black and White Mages. Final Fantasy III is the practice run for what would come later in Final Fantasy V, allowing players to change the job of all party members at will. But Final Fantasy IV changed all this.

Before Final Fantasy IV, the series was not known for its story. They are fairly bare affairs that rely heavily on traditional fantasy tropes and character roles. The “Four Warriors of Light” had barely more depth than that. Whereas previous games were more mechanically interesting than narratively, Final Fantasy IV flips this on its head. Using the jobs as character archetypes, director Hironobu Sakaguchi crafted a story that gave the main cast specific motivations and personalities that reflected their unique identities.

It becomes a story about people and how they fulfill or choose to abandon those roles. This is exemplified by Cecil, who begins as a Dark Night but after confronting his own complacency in horrific acts, eventually chooses the path of a Paladin. To this day Final Fantasy IV’s masterful story makes it a favorite of many franchise fans.

Hiruko Ito was the person in charge of battle design, alongside Akihiko Matsui. Ito is a name linked to many later Final Fantasy games in numerous roles, from director to producer, but he made his first major impact in Final Fantasy IV. Even with the game’s focus on story, it birthed one major gameplay feature: the Active Time Battle system. We have Ito to thank for Final Fantasy’s iconic ATB system.

In Final Fantasy V, Ito and Matsui looked at the job system of Final Fantasy III as the driving mechanical feature. There is a lot of promise in III’s job system and the potential for something great despite its flaws. III is an absolute grind fest that makes leveling up individual jobs excruciating but also necessary to progress. However, it introduced iconic job classes like Dragoon and Ninja as well as unique actions for jobs such as the ability to Steal. Final Fantasy V looked to break this job system down to its core elements and rebuild it even better.

Final Fantasy V’s job system is a finely tuned machine, everything perfectly fitting together. There is not as much of a need to grind, and it makes every job feel distinct and mechanically viable to use. One step further, Final Fantasy V lets you equip a secondary set of skills for each party member, effectively allowing you to create your own hybrid job. Do you want a Ninja who can heal? How about a Monk that can summon monsters? These are all possible.

This customization of playstyle allows for nearly infinite replayability. Each new run can focus on a different set of jobs; the game even invites you to find the cracks in the system that let you blow the game wide open and absolutely dunk on its hardest enemies by creating smart job combinations. If Final Fantasy IV is the perfect story, then V is the perfect combat.

There are clear iterations and interpretations of the idea in the form of X-2’s Dressspheres, XII’s Zodiac system, and XIV’s job system. 2022’s Stranger of Paradise: Final Fantasy Origin puts a Dark Souls twist on the system. Each one uses Final Fantasy’s template, where each job has a prescribed combat role with unique skills that give it certain advantages and disadvantages in combat.

Even games that eschew the traditional job system still rely on the way Final Fantasy V defined each job and its playstyle as a blueprint. The cast of Final Fantasy IX and XV can each be nicely categorized into the now archetypal Final Fantasy jobs that V codified.

Linked by common thematic elements and gameplay mechanics, Final Fantasy is best defined as an anthology rather than a traditional series focused on a single continuous story. The specifics of the defining pillars of Final Fantasy do not apply to every entry in the franchise, with some pulling more on gameplay and others drawing on…

Linked by common thematic elements and gameplay mechanics, Final Fantasy is best defined as an anthology rather than a traditional series focused on a single continuous story. The specifics of the defining pillars of Final Fantasy do not apply to every entry in the franchise, with some pulling more on gameplay and others drawing on…