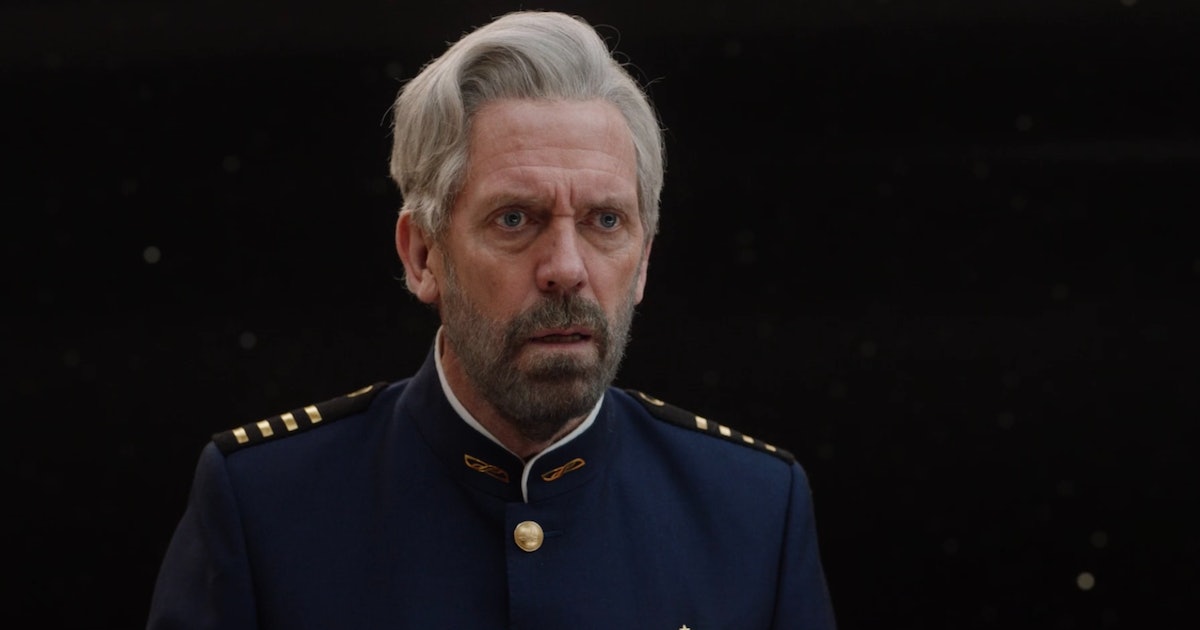 Once again, the crew of the Avenue 5 faces the difficult choice of deciding which passengers will get to survive. And with their track record, absolutely nothing will go smoothly. With Ryan reluctantly still in charge, it’s up to him to maintain order and lead (some) passengers to safety. Leading up to the season finale, how will the cast escape the mayhem in Avenue 5 Season 2 Episode 7?

Here’s everything you need to know leading into Avenue 5 Season 2 Episode 7, including the episode’s release date, time, plot, cast, and trailer.

When is the Avenue 5 Season 2 Episode 7 release date?

What is the Avenue 5 Season 2 Episode 7 release time?

How many episodes are left in Avenue 5 Season 2?

Avenue 5 Season 2 is eight episodes long from start to finish, which means we’re down to the final two episodes. Following this week’s penultimate episode, the season finale will take place on November 28.

What is the plot of Avenue 5 Season 2 Episode 7?

Avenue 5 Season 2 Episode 7, “I Love Judging People,” will follow as Ryan and the rest of the staff members brainstorm ways in which to deal with a missile sent by TOTOPOTUS (The Office of the Other President of the United States) set to collide with the ship. Realizing they can only save some, but not all, of those on board, the crew devise an AI system in order to decide the fate of passengers.

Who is in the cast for Avenue 5 Season 2?

Is there a trailer for Avenue 5 Season 2 Episode 7?

Yes, a Season 2 Episode 7 preview is available exclusively on HBO’s website. It shows Ryan and the gang realizing they can detach part of the ship in order to escape the impending missile headed their way. The problem is, however, only half of those on board will fit. To decide who does and doesn’t get a spot on that lifeboat, the crew invents an AI system that ranks the passengers from most to least valuable. It’s clear that at least some of the passengers — take Judd, for example — will catch on and try to manipulate their way up in the rankings in order to secure safety.

What happened in Avenue 5 Season 2 Episode 6?

Avenue 5 Season 2 Episode 6, “Intoxicating Clarity,” centers on how the ship is settling into Ryan’s autocratic rule as the new Supreme Leader. Dressed up like “TV Ryan” from the soap opera about the Avenue 5, Ryan has Iris by his side managing his increasingly dictatorial duties, which Ryan doesn’t particularly love, but goes along with for the sake of order on the ship, since most of the passengers are eating his new rule up. Meanwhile, there’s an underground faction of dissidents led by Matt, with Mads by his side, who are threatening to overthrow the regime by force.

Billie and Ryan are also secretly playing both sides together by positioning Billie as Judd’s newest confidant. By kissing up to Judd and hurling insults at Ryan, Billie is able to babysit Judd and steer him in the right direction, given that he is the only one who has authority to speak with Lucas about the ship’s operations from Earth. This becomes important when Rav and Spike spot a nearby meteor full of lithium, which they might be able to use as leverage against Lucas in order to get him to reprioritize the ship’s rescue efforts. Unfortunately, Judd fumbles his negotiations with Lucas, and instead of securing safety for everyone, the crew learns that TOTOPOTUS has sent a missile to destroy the Avenue 5.

Elsewhere, while making an appearance at Cuddle Club, Ryan offhandedly suggests someone should take care of the Matt situation, leading to a few people crushing Matt in a hug, sending him to the hospital. A rumor then quickly spreads that Ryan is becoming a violent dictator, striking fear into many of the passengers. To pacify the situation, Ryan sets up a public handshake with Matt, who is then mysteriously shot in the stomach by someone wielding a crossbow. The passengers naturally suspect Ryan called for this assassination attempt, but Mads admits to Matt that he secretly planned it in order to make Matt a martyr and gain more popularity.

To better his public image and increase morale, Ryan organizes a ship-wide costume party and viewing of the Avenue 5 TV show. Ryan says it’s totally fine for people to dress up as him, but Iris then instructs the passengers that they can only dress up as Captain Ryan. At the party, everyone comes dressed as various characters from the soap opera, but most come as Ryan per Iris’ command. Matt arrives in his costume crucified on a cross, playing into the martyr image. At the end of the watch party, the episode shockingly ends with the fictional Avenue 5 spaceship being annihilated by an extremist strike, which causes a panic on the actual ship. Billie, Judd, and Rav then arrive to tell Ryan that this episode is intended as a cover-up because there is an actual missile headed their way.

Will there be an Avenue 5 Season 3?

There’s still no official announcement about the future of the sci-fi comedy from HBO or show creator Armando Iannucci. That being said, Iannucci has voiced interest in continuing the satirical escapades of the Avenue 5 voyage, as he told Inverse.

Once again, the crew of the Avenue 5 faces the difficult choice of deciding which passengers will get to survive. And with their track record, absolutely nothing will go smoothly. With Ryan reluctantly still in charge, it’s up to him to maintain order and lead (some) passengers to safety. Leading up to the season finale,…

Once again, the crew of the Avenue 5 faces the difficult choice of deciding which passengers will get to survive. And with their track record, absolutely nothing will go smoothly. With Ryan reluctantly still in charge, it’s up to him to maintain order and lead (some) passengers to safety. Leading up to the season finale,…