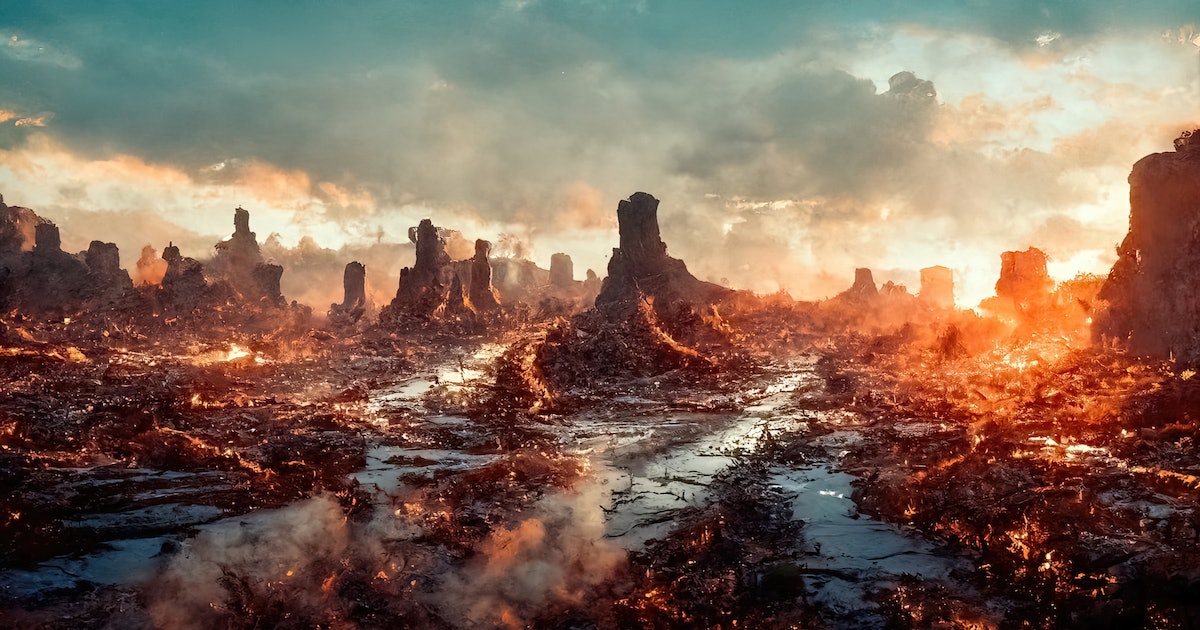 The Old Testament is full of strange and brutal stories, but they rarely appear within the closed community of Christian filmmaking. For every First Reformed there are a dozen sanctimonious God’s Not Dead sequels and spinoffs, so maybe it takes an outsider to create an awe-inspiring work of art based on the foundational text of Western civilization. Without the obligation to preach, it’s possible to approach the Bible as a set of fantastical stories to adapt.

That’s exactly what Darren Aronofsky does in his 2014 film Noah, which expands on the biblical story of the great flood by making it into a somber blockbuster epic. Aronofsky stages battle scenes to rival any superhero movie, but he also focuses on intimate drama, with a bleak view of human nature slightly tempered by hope.

Noah, new to Amazon Prime, fits perfectly between Aronofsky’s other parables about humanity’s doom, 2006’s The Fountain and 2017’s Mother! It’s a haunting, otherworldly film with the structure of one of the most familiar stories in the world.

That familiarity makes Aronofsky’s deviations and expansions all the more bracing, especially the darker turns. The Bible story is already dark enough, as God chooses Noah to survive a coming apocalypse that will wipe away the sin and corruption of humanity. Aronofsky’s film isn’t an old-fashioned biblical epic; there are no burning bushes or booming voices from the heavens communicating with Noah (Russell Crowe). Instead, he receives horrifying visions of drowned corpses. “He’s going to destroy the world,” Noah says of God, who’s called only “the Creator.”

There’s no sense of joy in being the Creator’s chosen one, and Noah sets out to preserve the animal kingdom with grim determination. Crowe’s Noah is a haunted man, traumatized by the murder of his father when he was a boy, leaving him with his grandfather Methuselah (Anthony Hopkins). He lives apart from the corruption of civilization, along with his wife Naameh (Jennifer Connelly) and their three sons.

As far as Noah’s concerned, the Creator has condemned all humans, him and his family included, and Noah is merely a caretaker for the beasts until they can be safely placed in a new paradise. “The time for mercy has passed,” he tells his family. “Now our punishment begins.”

The movie never specifies its time or place, and Aronofsky depicts a world that looks as much like a post-apocalyptic future as it does an ancient past. Humans live alongside animals that have never existed in the real world, as well as giant rock monsters known as Watchers, beings of light encased in stone. The Watchers aid Noah in his massive project, then fight off the forces of power-hungry leader Tubal-cain (Ray Winstone) as the Creator’s storm begins to engulf the world.

Tubal-cain manages to stow away on the ark, where he continues to influence Noah’s angry middle son Ham (Logan Lerman). He’s an insidious villain, but he’s also not wrong about the judgmental, inflexible Noah, who sees his own family as collateral damage in the Creator’s plan. Noah’s eldest son Shem (Douglas Booth) falls in love with Ila (Emma Watson), an orphan saved from an attack by Tubal-cain’s raiders, but Noah sees no future for the couple or their potential offspring. “Mankind must end,” he asserts, with only a minimal tinge of regret.

This is ultimately a story of redemption, but Aronofsky makes the characters and the audience earn that fresh start. These people live in a world of strange, unknowable forces, and it’s difficult for them to find peace and happiness amid such unpredictable danger. Even Noah, who trusts entirely in the Creator, must interpret and execute visions that are never straightforward or certain. He has to be confident in the Creator’s will. Otherwise, he’s battling his fellow man and isolating his family for no reason.

Crowe conveys all of that anguish in Noah’s gruff, reserved demeanor, which he attempts to pass on to his sons. Booth doesn’t have much presence as Shem, but Lerman shows another side of that same anguish in Ham, who resents his father for cutting him off from the basic human comforts that Noah and Shem are allowed. More than Noah’s children, though, it’s Ila who challenges him, fighting fiercely for the possibility of a better future with humans still in it. Watson gives one of her best performances as a woman who’s been embraced by this family but will always stand apart.

Look through Noah’s cast, and you’ll find actors who have played Zeus and Odin, Hermione Granger and Percy Jackson, and Beowulf and Romeo, all characters with the same mythical power as Noah and Methuselah. Aronofsky understands the importance of telling old stories in new ways, and in Noah, he brings the ancient text to life in a way that the most worshipful could never dream of.

The Old Testament is full of strange and brutal stories, but they rarely appear within the closed community of Christian filmmaking. For every First Reformed there are a dozen sanctimonious God’s Not Dead sequels and spinoffs, so maybe it takes an outsider to create an awe-inspiring work of art based on the foundational text of…

The Old Testament is full of strange and brutal stories, but they rarely appear within the closed community of Christian filmmaking. For every First Reformed there are a dozen sanctimonious God’s Not Dead sequels and spinoffs, so maybe it takes an outsider to create an awe-inspiring work of art based on the foundational text of…

Whoosh! An airplane-sized asteroid will swoop near Earth this week