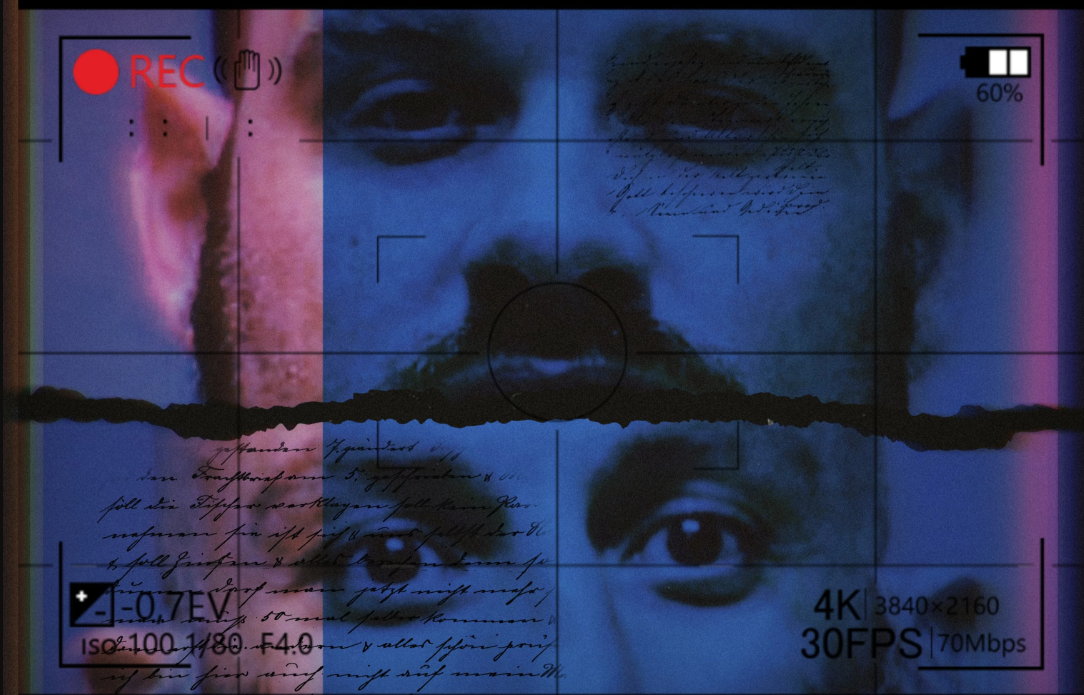 That article can be read in full here.

The Detroit Free Press covered one potential juror’s personal connection to the case via her daughter-in-law:

The Michigan jury pool must be small; that article can be read in full here.

Buzzfeed’s Ken Bensinger reports on Day One of the retrial, after jury selection:

(2) Ken Bensinger on Twitter: “The retrial in the Michigan kidnapping case began today in Grand Rapids. The jury (empaneled yesterday) heard opening arguments and then met the first witness: the FBI’s Todd Reineck, who was the case agent for Ty Garbin (a Wolverine Watchman who pleaded guilty in early 2021).” / Twitter

(3) Ken Bensinger on Twitter: “As in the prior trial (in March & April) Reineck was used by the prosecution to introduce recordings, videos, and FB messages involving the two remaining defendants: Barry Croft and Adam Fox. Some of what the jury heard had been played earlier this year; some was new.” / Twitter

(4) Ken Bensinger on Twitter: “Because Reineck was not the main case agent in the probe, he’s a safe choice by the DoJ to intro that material on the theory that defense won’t be able to score too many points on cross (as compared to what they could do with the primary agents who aren’t expected to testify)” / Twitter

(5) Ken Bensinger on Twitter: “Nonetheless, Chris Gibbons, Fox’s atty, managed to catch Reineck in an apparent contradiction when he said that certain anti-govt recordings were made before Fox ever met an FBI agent or operative. The DoJ’ point was that Fox & Croft harbored such feelings w/o the Govt’s help” / Twitter

(6) Ken Bensinger on Twitter: “But Gibbons pointed out that at least one of those recordings was made two days after Fox had attended a meeting in Ohio where at least three informants (confidential human sources) were present.” / Twitter

(7) Ken Bensinger on Twitter: “Reineck, confronted with that, attempted to parse his testimony to say he was referring only to the FBI agents and informants assigned to the Wolverine Watchmen case at the time. But it was a thin line to walk since at least two of those CHS would prove integral to the big probe” / Twitter

(8) Ken Bensinger on Twitter: “Cross of Reineck is expected to wrap up tomorrow and then we’ll likely hear from Kristopher Long, the FBI agent assigned to Croft (who testified last time) and after that potentially the undercover FBI agent Mark, and then the primary informant Dan Chappel” / Twitter

Here are my notes from Day Two:

He is asked about FBI executing search warrants for a Facebook account, using a “non-disclosure order,” which means the FBI is ordering the company not to inform the target of the active warrant.

The targets do not know their communications are being monitored.

FBI Confidential Human Source (CHS) Dan Chappel is running the FTX, aka field training exercises. He is training men to get out of cars with guns and a tactical retreat.

At the BBQ where the 3 Percenter oaths were taken and administered – Barry Croft not there.

FBI decided they wanted to end/wrap up the investigation on October 7, 2020.

Croft not invited on ruse trip.

They wanted the guys to attempt to purchase a bomb by UCE Mark and Red. No one made any sort of down payment for a bomb or a promise to do so.

FBI admits they planted explosives material in the defendant’s vehicle so they could seize it when they arrested him. (Editor: UNREAL!).

Croft was not in any of the group chats where the invite to ruse trip was posted.

She is from Tennessee. Another person provided FBI w/a complaint that Croft was organizing a group of individuals for mtg. That person informed them that the info wasn’t his first-hand info, but he was informed of it by Jenny Plunk.

Plunk was “convinced,” to come forward to the FBI.

Gibbons asks about rules, and admonishments to CHSs. A large list of admonishments, the ones that are typical was given to Plunk, Long claims.

Claims this CHS work was voluntary and the CHS could walk away at any time.

Long claims CHS should not be telling targets what to do, shouldn’t be running the group.

Jenny had a role she was playing as a CHS on behalf of the FBI w/regards to the militia. She was pretending to be the head of the militia – executive management of the Tennessee 3 Percent Militia.

“Did you know Robeson before meeting you?” Gibbons asks.

Long says “yes I believe so.”

Jenny was at the June 6 Dublin, OH mtg. She was in Cambria, Wisconsin for the FTX Robeson organized. She was at mtg in Peebles, OH.

Long was provided with the audio from the mtgs.

Long claims the audio from the mtgs gives him some knowledge but not total personal knowledge.

“Do you have an understanding Robeson is a leader of Wisconsin 3 Percenters?”

“You did other things to document what was happening at these mtgs/events?”

You make reports right, you made reports in this case?

You look for documentation, right? Yes.

Did Jenny Plunk sit on a national board of directors for the three percenters?

Long claims she did it freely of her own will.

At these mtgs, lets focus on Dubin, Robeson outfitted w recording device. What kind is it?

It did not have a transmitter, nor did Jenny.

Plunk was a new CHS so they didn’t want to provide her with something she might show the targets. They want to develop trust also.

Were other CHSs present at mtg? Besides Robeson, Plunk, long says one other person.

Long cannot confirm or deny he was CEO for the state of Missouri?

Exhibit 40: from Dublin. Audio “hold on hold on” Robeson the CHS – leading the mtg, keeping order.

Robeson in charge of mtgs on behalf of FBI.

Did you find any “gopros” in vehicle – wasn’t specifically looking for them but if they confiscated them maybe they reviewed them.

Talk about operators and guys that would be wearing “goPros,” do you know who those guys are? Long says no.

Mr. Robeson says “what are we doing, need a plan,” Croft says “Monday when I get back, I’m telling my boss Monday,” so that would have been June 8.

“When I get back to work I’m going to quit, I’m a goner. I’m going to get into the field and start operating.”

Did he quit his job or speak to his employer?

Long says he maintained his employment. He didn’t go into the field and start operating and do any of the things he said he was going to do.

He did not attack anyone.

Long claims Croft consented for them to search his phone at the arrest site. To make sure it wasn’t in a lock mode.

Long says he did phone extraction. Barry didn’t do anything to interfere or delay this.

“You have talked about OPSEC,” this is something they talked about at these meetings to avoid detection or leaving evidence of what you are doing.

“You would agree it didn’t appear Croft wiped his phone at any point, he didn’t even have a passcode.”

Long says he can’t say Croft was trying to hide any information on his phone.

Is that good OPSEC? Long says it could be if he wasn’t keeping anything on his phone in the first place.

This was located in his car, right? (receipt being shown)

Barry used his real name at store – again no operational security being employed.

Long said “poor opsec,” Gibbons says how about “NO OPSEC.”

He was not participating in encrypted chat platforms with men in Michigan.

Long claimed his truck could have been used as a “battering ram,” but they have never seen him use his vehicle in a dangerous manner. 80-thousand-pound truck. Never harmed anyone with his truck using it as a battering ram.

Long claimed Croft was making an IED. He used a form of smokeless powder. He was assisted in Cambria by Daniel Harris and others. Ty Garbin.

“You have reviewed the audio at Cambria,” that Garbin/Harris were participating.

Transcript brought up – Fox not present when statement made – made at Cambria mtg – day before the FTX – Robeson, his wife and Barry Croft were talking about Roxanne from Missouri a veteran. She is a real person, FBI claims to have tracked her down but didn’t talk to her or investigate her.

Bomb did not explode or detonate at Cambria. None of them functioned as designed.

Long got directed hired by FBI from the military.

“In your experience or training have you ever heard of a draino bomb? – Gibbons

“I can’t say I have specifically heard the terminology draino bomb – but I do know that household chemicals can be used to make explosives or chemical reactions.”

“Can’t give you a name of anything specific” – Long

“Can you make a device out of draino and sugar?” – Gibbons

Jenny Plunk was your CHS, she was working for you on June 6, 2020 – reporting to FBI – you authorized her to do certain things in her role as CHS.”

Long says Plunk created Facebook pages for people – she was instructed to make these by Steve Robeson – another FBI CHS.

The FBI team handling CHS Jenny Plunk had a nickname for Barry Croft – “bonehead,” Long had personally called him this.

Text message from FBI agent to Plunk referred to Croft as BH – for bonehead.

As part of your investigation of Croft, you watched his public-facing Facebook page, correct? Long says yes.

They would obtain warrants for all his pages, using non-disclosure orders so he wouldn’t be aware of them monitoring him.

They executed three warrants of Croft just for his Facebook pages.

“CHS Dan was working for the government as early as March 2020, right?”

A: I’m not sure when he was opened as a source.

“You had some info that Croft might attend some protests/meetings?”

“We want to see what he’s doing at these meetings.”

Croft surveilled in April of 2020 for 4 shifts – they learned he worked as truck driver, hauls a big truck that says amazon, learned he may have 3 kids who live with him at his residence, correct?

“You didn’t see him commit any crimes, he went to work and he went home.”

TEI – allows FBI to use all investigative tools available to them.

Long had no say over Wolverine Watchman being Terrorism Enterprise Investigation (TEI).

Long was not Robeson’s handler but he did learn he was working w/the FBI and learned his identity.

Long claims they got a tip that Croft was planning something really “big.”

They got this second hand – by someone who knew Plunk – and they heard it from her.

This person is not working as a source for Long.

We have been covering this case since October of 2020 when the arrest first happened. To find our prior reporting please just type in “whitmer kidnapping,” and/or “FBI informants” into the search bar. You will get all the background information you need.

By Radix Verum August 11, 2022 Things are off to an amazing start on Day Two of the Whitmer Kidnapping Plot retrial That article can be read in full here. The Detroit Free Press covered one potential juror’s personal connection to the case via her daughter-in-law: The Michigan jury pool must be small; that article can…

By Radix Verum August 11, 2022 Things are off to an amazing start on Day Two of the Whitmer Kidnapping Plot retrial That article can be read in full here. The Detroit Free Press covered one potential juror’s personal connection to the case via her daughter-in-law: The Michigan jury pool must be small; that article can…

Pres. Trump for an Hour on “The Clay and Buck Radio Show” Today