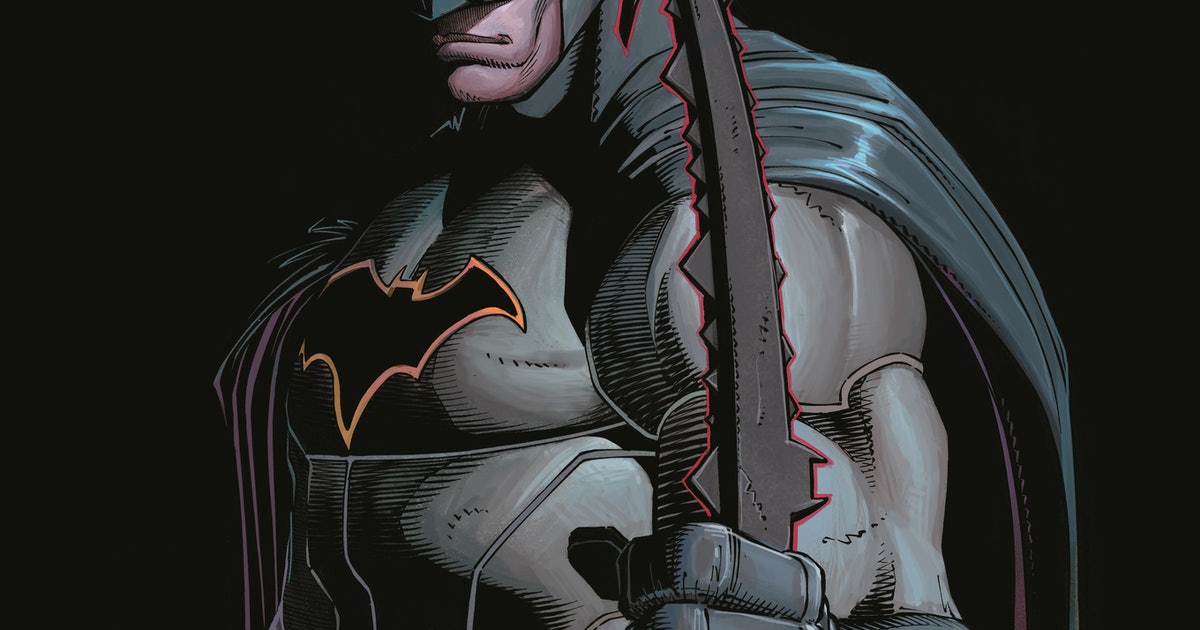 Scott Snyder is feeling more like himself these days.

His work as a comic book writer redefined Batman and the DC Universe in the 2010s. Now, three years after his exclusive contract with DC Comics ended, Snyder is running wild with an expanding library of original comics.

He’s still wistful about Batman, sure. Snyder created the evil Court of Owls, which will appear in the new video game Gotham Knights, and Matt Reeves’ The Batman paid homage to the innovations of his comics. “When [Bruce Wayne] put the contact lens in, I was like, ‘This is my favorite Batman movie,’” Snyder jokes.

Snyder isn’t capital-G gone from DC, having teased some future work for the publisher. But Snyder tells Inverse he wouldn’t trade his current creative freedom for anything else. The characters in his new comics don’t have built-in fanbases hoping for certain outcomes, expectations from editors, or demands for merchandising. They’re just characters who live (and die) on the page.

“Most of my stories have some element that’s beyond natural, physical worlds.”

“With DC stuff, there’s a lot of expectations around this or that character,” Snyder says. “There’s a lot of anxiety and stress. You want to make sure you’re getting things right, but also making sure it’s yours entirely. With these books, I don’t worry at all.”

Snyder may be free from anxiety, but that doesn’t mean his stories are walks in the park. In addition to his exclusive comics with Amazon’s Comixology, Snyder is shepherding a new anthology series for IDW. Called Dark Spaces, the comic features Snyder and a stable of new talent exploring realistic settings and high-pressure scenarios that can whiten hair.

“Dark Spaces is a place for me to do a different kind of story,” Snyder says. “Most of my stories have some element that’s beyond natural, physical worlds.”

Even Snyder’s Batman flirted with the surreal, as DC’s superheroes entered narrative genres like sci-fi and cosmic horror. Snyder says he’s still “in love with that stuff” and it’s where he still “kind of lives.” But Dark Spaces is letting him zig where he zagged. As an author who oversaw ongoing comics with outlandish premises, Dark Spaces is Snyder weaving contained tales with real-world gravity.

“I honestly can’t think of a time I’ve done a story that’s absolutely human, psychological, with a sort of pressure-cooker suspense,” he says. “I wanted Dark Spaces to be a place where I’m telling stories about the human condition. No monsters, no aliens. And that was a challenge for me.”

Snyder’s first attempt to meet that challenge is Dark Spaces: Wildfire, a five-issue comic about female inmates in California who fight forest fires for two dollars a day. In Snyder’s comic, with art by Hayden Sherman and Ronda Pattinson, the firefighters plot to rob one of the many affluent estates their work protects during an inferno.

“It speaks to this moment of desperation, of uncertainty, of anger, and the hope of getting out.”

Snyder learned about firefighting prisoners from a 2021 NPR story, which unpacked journalist Jamie Lowe’s book Breathing Fire. For Snyder, the juxtaposition of the job’s danger and camaraderie with its unavoidable income inequality was compelling.

“What I took away from it was, the rules on the mountain are different than the rules in prison,” Snyder says. “There’s a sense of whoever you were before you came, it doesn’t exist. You’re the person on the line. But what happens when this ends?”

The severity of climate change has added a sense of futility to the work. “The fires are apocalyptically endless these days,” Snyder says. “Nine, 10 years ago, there was a fire season. Now they say it lasts 13 months. It feels of the moment, it speaks to this moment of desperation, of uncertainty, of anger, and the hope of getting out.”

Speaking to the Moment

Dark Spaces’ stories are fresh, but they’re bringing Snyder back to where he started. Prior to DC, Snyder found a niche in short-form storytelling, which led to some editorial clashes when he wound up at the comics giant.

“I always wanted to be a comic book writer,” Snyder says. “I wanted to be an artist-writer like Frank Miller, or Mike Mignola. But I wasn’t good at art. It was when there was a lot of exciting stuff in anthologies, and I fell in love with it. My first book is a book of short stories, each one about different characters, ideas, but all about the darkness of human nature.”

When Snyder arrived at DC, his knack for stories with closed endings was a problem. “DC was very critical of me,” Snyder says. “I was writing singularly, like with Court of Owls. [DC editor] Dan DiDio got mad at me. He’s like, ‘You didn’t leave any hooks for the next thing. Where’s the Next time, on…?’ But that’s not who I am.”

Snyder adapted to the demands of superhero comics, but Dark Places is his creative homecoming. “Going back to this is fun for me, to flex muscles I’m not flexing elsewhere,” he says.

After Wildfire, the Dark Spaces anthology will continue with Dark Spaces: Good Deeds, from the creative team of Che Grayson and Kelsey Ramsay. Just like Wildfire, Good Deeds is a grounded story with a tinge of something strange below what’s visible.

“It’s about telling stories that feel suspenseful, dark, that speak to this moment. That speak to the fears I have for my kids for the future.”

“It’s about a reporter who thinks she’s going down to do a puff piece on a small town in the south, and starts to realize there might be a dark secret,” Snyder says. “Nobody wants to acknowledge this thing that is killing people.”

Whatever becomes of Dark Spaces, Snyder is glad he got to be himself while changing and growing.

“It’s about telling stories that feel suspenseful, dark, that speak to this moment. That speak to the fears I have for my kids for the future,” he says. “In a broader sense, [Dark Places] can also be a place where, in that spirit, you’re challenging yourself to do things you haven’t done before.”

As for Batman, Snyder is just glad his work is finding new life.

“Seeing Paul Dano, Robert Pattinson, and Matt Reeves saying nice things in the press, and seeing our names credited on the screen, I got tears,” Snyder tells Inverse. “What I always hope when people adapt our stuff is they’re gonna make their own thing, in a way that speaks to a new vision. That’s the thing I hope for the most, you take something we did and elevate it into a new thing you’re doing in your own way.”

Scott Snyder is feeling more like himself these days. His work as a comic book writer redefined Batman and the DC Universe in the 2010s. Now, three years after his exclusive contract with DC Comics ended, Snyder is running wild with an expanding library of original comics. He’s still wistful about Batman, sure. Snyder created…

Scott Snyder is feeling more like himself these days. His work as a comic book writer redefined Batman and the DC Universe in the 2010s. Now, three years after his exclusive contract with DC Comics ended, Snyder is running wild with an expanding library of original comics. He’s still wistful about Batman, sure. Snyder created…

Why ‘Young Avengers’ could be Marvel’s biggest Phase 6 surprise