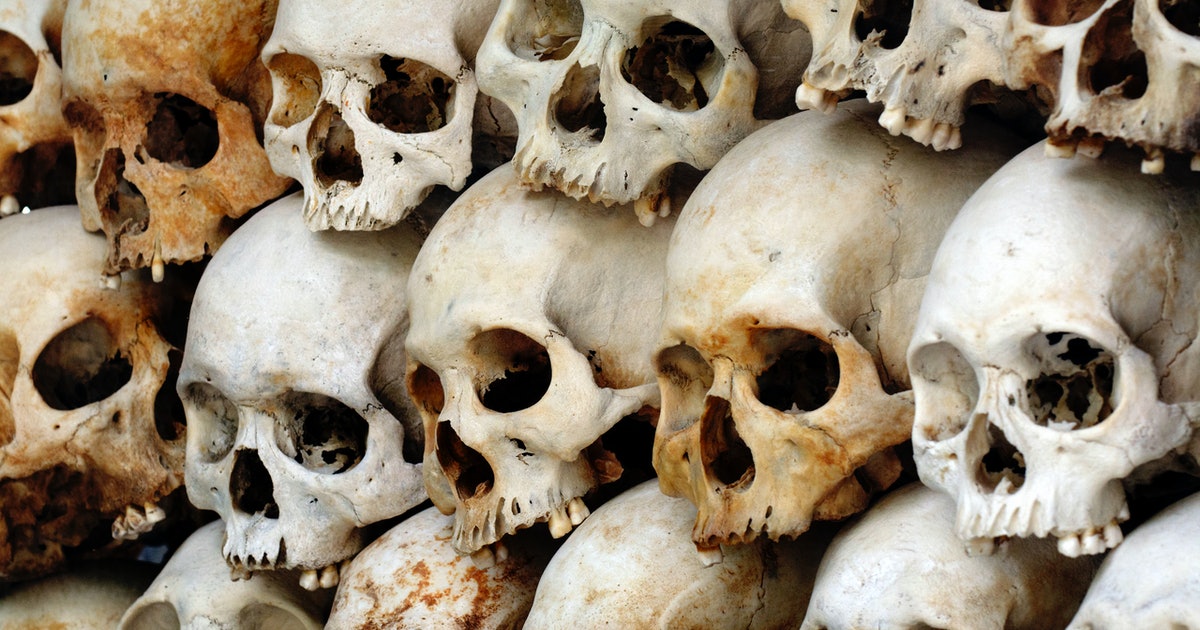 Odds are, you have herpes. Two out of three adults under 50 have been infected with herpes simplex virus 1, or HSV-1, which causes those painful cold sores that form in and around your mouth.

Once you’re infected, the virus never goes away. Like chickenpox (also caused by a herpesvirus), HSV-1 lays dormant in your nerve cells and can flare up throughout your life. Those unseemly ulcers are typically as bad as it gets, but the infection can be worse in immunocompromised people and lead to rare complications like eye disease, encephalitis, and — extremely uncommonly — death.

Even though HSV-1 is everywhere, scientists know relatively little about its genome, and even less about its history. But now, scientists have found the virus’s DNA somewhere long forgotten — inside the teeth of centuries-old skeletons.

What’s new — In the new study, published Wednesday in Science Advances, researchers scoured hundreds of sets of human remains to find HSV-1 preserved in their teeth. They got four hits from across Europe, stretching back to the 3rd century AD.

Previously, the oldest genome came from a strain isolated in 1925 from a patient in New York.

“We are missing vital pieces of the evolutionary puzzle,” says Lucy van Dorp, one of the study’s co-authors. She is a microbial geneticist at University College London.

After extracting the virus’s DNA, the researchers mapped out three full genomes from three different specimens, giving us our first direct look into HSV-1’s history. They found that the HSV-1 we know and hate today might have spread across the continents much more recently than previously thought.

With such a widespread virus, traces of it “should be everywhere” in the archeological record, Meriam Guellil, one of the study’s co-authors and a microbial geneticist at the University of Tartu, tells Inverse. But the virus proved to be much more elusive, and gathering enough DNA to assemble three full genomes was a big challenge.

Digging into the details — The four HSV-1-infected individuals lived centuries apart in Europe. Here they are, from oldest to youngest:

With the three full genomes, the researchers triangulated when this strain of HSV-1 likely became common around the world — over five thousand years ago around the beginning of the Bronze Age. During this time, many people migrated west from Eastern Europe, and the herpes virus could have gotten a foothold in Europe as population density increased.

This explosion of oral herpes could have been related to the advent of romantic kissing — which, believe it or not, may have originated in the Bronze Age, and is still not practiced by every human culture, the researchers say. This connection is purely speculation, though.

Why it matters — HSV-1 is a loyal little microbe. It has slowly evolved alongside us for millennia, says Veijo Hukkanen, who studies herpesviruses at the University of Turku in Finland and was not involved in the recent study.

“Every primate species has a form of herpes,” says Christiana Scheib, a co-author of the study who researches ancient DNA at the University of Tartu in Estonia. Because of this ubiquity, scientists have long believed that these herpesviruses have been part of our lives since the first humans evolved in Africa. Since then, HSV-1 has branched into three main groups by geographical region: Europe and America; Europe, Asia, and America; and Africa.

“We urgently need to find out more about ancient herpes viruses.”

The new analysis suggests that the strains of HSV circulating today descend from a common viral ancestor 5,000 years ago. So either today’s global reign of HSV-1 began more recently than previously thought, or earlier strains of the virus were overtaken and replaced by a more successful strain during this early Bronze Age window.

We’ll need more ancient viral DNA from other continents to be sure of these results. If they prove correct, then these findings point to a major shift in HSV-1’s relationship with humans during this time frame, according to Amanda Casto, who researches viral genomics at the University of Washington and wasn’t involved in the newest work.

These findings may not immediately help us find a vaccine to stop those nasty cold sores, but they provide new, important information on how we got here.

“Every piece of data we gather about human-virus co-evolution has implications for human health, even if these are not obvious today.” says Dirk Dittmer, a virologist at the University of North Carolina School of Medicine who was not involved in the new research. “Would we not like to know as many details of monkeypox virus evolution as possible right now?”

Still, it’s hard to apply these ancient DNA findings to people suffering today, since we know little about how the virus affected the lives of its long-dead hosts, he says.

What’s next — Some of the authors want to go even deeper back in time — over 50,000 years — and trace the virus through the remains of our extinct hominid cousins.

“Neanderthal herpes is my next mountain to climb,” says Scheib.

There are other viruses to investigate, too, says co-author Charlotte Houldcroft, a virologist at the University of Cambridge. Take Epstein-Barr, a herpes virus that infects almost everybody and can cause mononucleosis. A team of researchers recently found ancient Epstein-Barr in a 5,700-year-old piece of birch bark, which was used in the past like chewing gum.

“We urgently need to find out more about ancient herpes viruses,” says Dittmer, to learn how these common pathogens have evolved alongside — or inside — our species.

Odds are, you have herpes. Two out of three adults under 50 have been infected with herpes simplex virus 1, or HSV-1, which causes those painful cold sores that form in and around your mouth. Once you’re infected, the virus never goes away. Like chickenpox (also caused by a herpesvirus), HSV-1 lays dormant in your…

Odds are, you have herpes. Two out of three adults under 50 have been infected with herpes simplex virus 1, or HSV-1, which causes those painful cold sores that form in and around your mouth. Once you’re infected, the virus never goes away. Like chickenpox (also caused by a herpesvirus), HSV-1 lays dormant in your…

A deadly disease-causing bacteria was detected in US soil samples