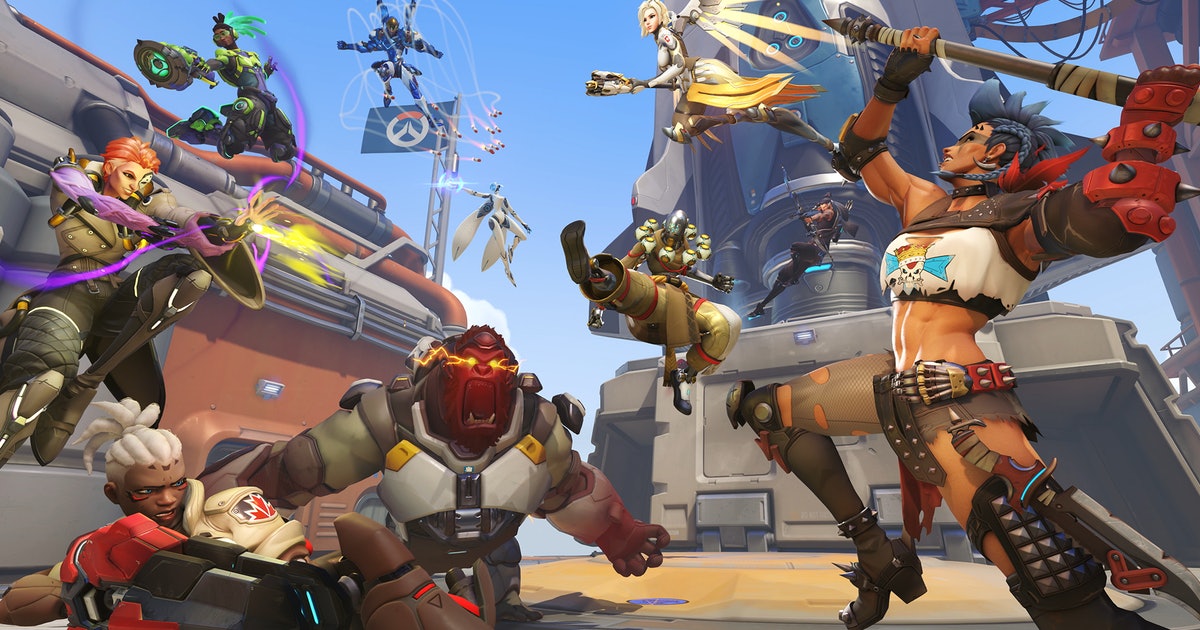 Overwatch fans eager to play the hero shooter’s sequel must be holding their breath every time it’s in the news now. It seems every announcement Blizzard makes about Overwatch 2 heralds a contentious, disappointing, or just baffling change coming to the game. Between support character nerfs and the reveal that it’ll completely replace the original game, players may be wondering if they’d be better off without a sequel at all. While the game’s June beta launch this week brought some unwanted changes of its own, it also revealed one small improvement to Overwatch 2’s post-game scoreboard.

Detailed in the June 28 Overwatch 2 patch notes, the scoreboard is getting a new entry: MIT, or Damage Mitigated. It takes the place of the old Damage Blocked statistic but adds more info about who’s actually keeping the team from getting hurt. Damage Blocked only counted damage absorbed by player-created shields, but Damage Mitigated also tracks damage avoided by using abilities that reduce damage taken without negating it completely.

Blizzard specifically calls out Orisa’s Fortify and Ana’s Nano Boost abilities, which grant a 50 percent damage resistance buff, as skills that will feed into Damage Mitigated. According to the update, Blizzard is still working to make all damage reduction abilities count toward MIT, like Lucio’s Sound Barrier. Even in its current state, the new MIT stat could go a long way toward showing support characters’ true contribution to the team.

It’s important to note that the scoreboard itself was a matter of controversy. The original Overwatch doesn’t have a traditional scoreboard as you’d find in most first-person shooters. It only called out top performers by name, awarding medals after a match to the players who got the most objective kills, did the most healing, or stayed on objective longest.

That’s all gone now. For Overwatch 2, there are no post-game medals. Instead, it introduces a more traditional scoreboard that appears after the match and can be viewed while the game is ongoing. This scoreboard tracks and displays damage, healing, kills, deaths, and assists done by each member of both teams. A lot of players cried foul when it debuted in the beta. While detailed scoreboards can help serious players track how they’re doing compared to the competition, they can be a nightmare for more casual — or simply less stat-focused — players.

A more informative scoreboard may sound benign in principle, but in practice, it can be a conduit for toxic behavior. Players who rack up too many deaths or don’t contribute as much as others could be singled out for harassment by sweaty teammates and opponents alike.

When the original Overwatch launched without a typical scoreboard, players immediately assumed it was meant to address precisely that issue. The community consensus was that Blizzard was trying to eliminate toxicity by hiding stats that can lead to abuse in other shooters, like the all-important kill/death ratio. In a 2016 interview with Gamespot, director Jeff Kaplan said it actually served another purpose:

“We basically stopped displaying any form of scores, kills, deaths because it really wasn’t telling the story of who was doing their job properly to win or lose as a team.”

Kaplan did say the argument that scoreboards breed toxicity may have some merit, but it wasn’t the team’s primary motivation for not using one. For a lot of players, Kaplan’s departure from Blizzard in 2021 was seen as a sign the times were changing. The more time goes on, the more it seems they may have been right.

Battling toxicity may not have been Blizzard’s main reason for leaving out a traditional scoreboard, but players certainly felt it had that effect. For a while, at least.

One of the best things about the early days of Overwatch was how it let players who don’t normally like shooters in on the fun. Characters like Mercy didn’t require twitch aiming skills to play successfully, instead of rewarding qualities like quick decision making and smart movement. For years, players have lamented how much that’s changed, and many place the blame on Blizzard prioritizing the competitive and pro scene over people just playing to have fun.

Blizzard has never come out and said it’s catering to pros now, but Overwatch 2’s revamped scoreboard looks like one more piece in a mountain of evidence that that’s the case. Either way, the newly added MIT stat could signal an attempt to bring back some small amount of Overwatch’s core design, favoring solid teamwork over flashy, aggressive play. While it’s not much, Overwatch players still holding out hope for the sequel need any win they can get right now.

Overwatch fans eager to play the hero shooter’s sequel must be holding their breath every time it’s in the news now. It seems every announcement Blizzard makes about Overwatch 2 heralds a contentious, disappointing, or just baffling change coming to the game. Between support character nerfs and the reveal that it’ll completely replace the original…

Overwatch fans eager to play the hero shooter’s sequel must be holding their breath every time it’s in the news now. It seems every announcement Blizzard makes about Overwatch 2 heralds a contentious, disappointing, or just baffling change coming to the game. Between support character nerfs and the reveal that it’ll completely replace the original…

2022 video games: 15 huge releases in the second half of the year