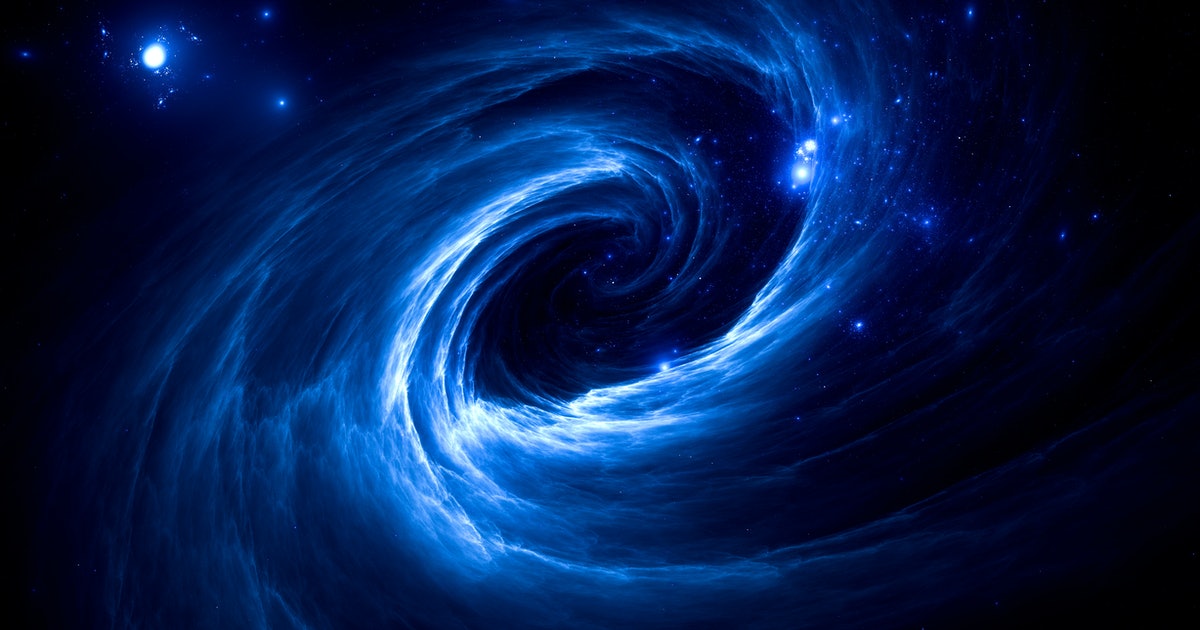 Earlier this year, astronomers used microlensing and the Hubble Space Telescope to detect, for the first time, a rogue black hole that is about 5,000 light years away from Earth. Now, with more precise measurements, they have been able to determine the approximate mass of this hard-to-detect object. However, the surprisingly low mass means there’s a chance this object may not actually be a black hole.

The newly detected wandering object lies about 5,000 light-years away, in the Carina-Sagittarius spiral arm of our galaxy. Two large international teams used Hubble data in their investigations to find out more about the object, OGLE-2011-BLG-0462/MOA-2011-BLG-191 or OB110462 for short). One team was led by Kailash Sahu of the Space Telescope Science Institute in Baltimore, who led the team in the original finding of the black hole. The second team was led by Casey Lam of the University of California, Berkeley. And while the two teams’ results differ slightly, both suggest the presence of a relatively compact object.

The amount of deflection by the object’s intense warping of space allowed Sahu’s team to estimate that it weighs seven solar masses. Lam’s team reports a slightly lower mass range, meaning that the object may be either a neutron star or a black hole. They estimate that the mass of the invisible compact object is between 1.6 and 4.4 times that of the Sun. At the high end of this range, the object would be a black hole; at the low end, it would be a neutron star.

“As much as we would like to say it is definitively a black hole, we must report all allowed solutions,” said Jessica Lu of the Berkeley team. “This includes both lower-mass black holes and possibly even a neutron star. Whatever it is, the object is the first dark stellar remnant discovered wandering through the galaxy, unaccompanied by another star.”

However, there are other clues and characteristics of this object that makes the data lean toward it being a black hole.

The story of this object begins in 2011 when Hubble data indicated a star brightening. It was determined this was caused by a foreground black hole drifting in front of the star, along our line of sight. The star brightened and then subsequently faded over several months back to its normal brightness as the black hole passed by. Because a black hole doesn’t emit or reflect light, it cannot be directly observed. But its unique thumbprint on the fabric of space can be measured through these microlensing events.

Dozens of astronomers on Sahu’s team have now worked for over six years studying this object. And while astronomers have used gravitational microlensing for approximately 30,000 events so far — studying objects such as stars and exoplanets — the signature of a black hole stands out as unique among other microlensing events.

The team said that the very intense gravity of the black hole will stretch out the duration of the lensing event to over 200 days. Also, if the intervening object was instead a foreground star, it would cause a transient color change in the starlight as measured because the light from the foreground and background stars would momentarily be blended together. But no color change was seen in observing this object. That’s why Sahu’s team published their paper earlier this year, claiming to have found a rogue black hole.

It has been estimated that 100 million black holes roam among the stars in our Milky Way galaxy, and this is potentially the first time that an isolated black hole has actually been discovered. If it holds up as the discovery of a wandering black hole, astronomers would then be able to estimate that the nearest isolated stellar-mass black hole to Earth might be as close as 80 light-years away. For reference, the nearest star to our solar system, Proxima Centauri, is a little over 4 light-years away.

“Detections of isolated black holes will provide new insights into the population of these objects in the Milky Way,” said Sahu. He expects that what astronomers have learned in these observations will allow them to uncover more free-roaming black holes inside our galaxy.

But even with the use of the amazing tool called microlensing, this would be a needle-in-a-haystack search. Astronomers also predict that only one in a few hundred microlensing events are caused by isolated black holes.

That’s why the two teams — each with dozens of astronomers — will continue to study and monitor this object, hoping for more data and more microlensing events.

This article was originally published on Universe Today by Nancy Atkinson. Read the original article here.

Earlier this year, astronomers used microlensing and the Hubble Space Telescope to detect, for the first time, a rogue black hole that is about 5,000 light years away from Earth. Now, with more precise measurements, they have been able to determine the approximate mass of this hard-to-detect object. However, the surprisingly low mass means there’s…

Earlier this year, astronomers used microlensing and the Hubble Space Telescope to detect, for the first time, a rogue black hole that is about 5,000 light years away from Earth. Now, with more precise measurements, they have been able to determine the approximate mass of this hard-to-detect object. However, the surprisingly low mass means there’s…

6 long-term effects nobody is talking about

Is coffee good for you? How to get the most health benefits out of each cup