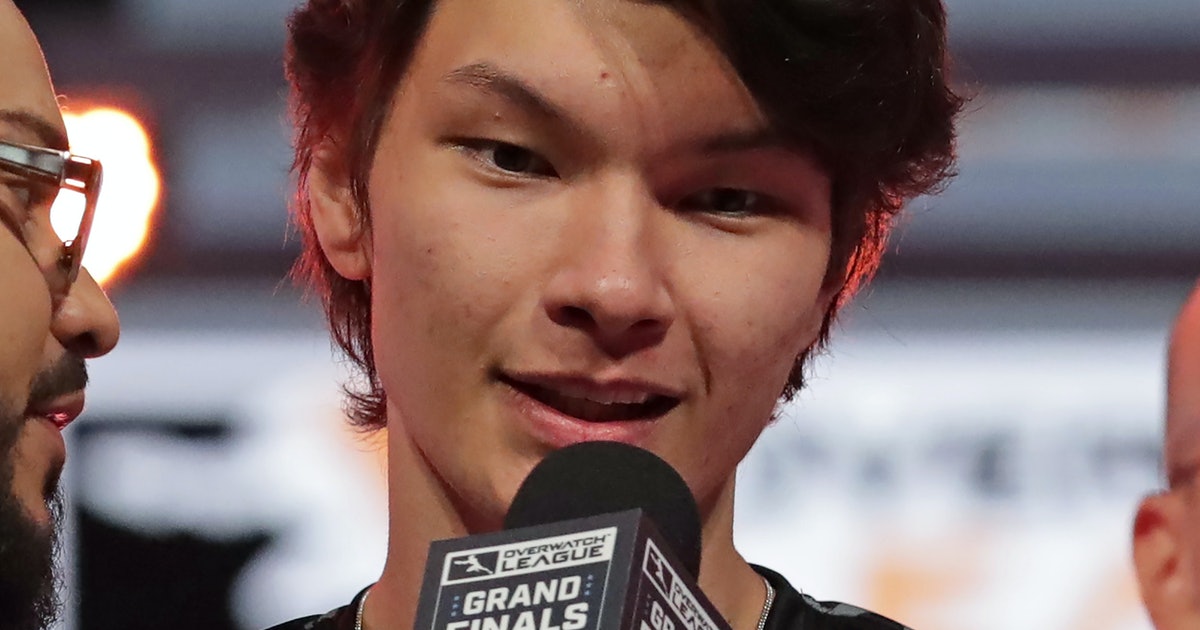 It’s been just over a year since Valorant pro and former Overwatch player Jay “Sinatraa” Won was briefly suspended from the game’s esports scene. After Riot Games’ investigation failed to find conclusive evidence, his friends, fans, and the league were quick to welcome him back with open arms. However, the case is far from closed. It’s a complicated story of how an alleged victim can offer pages of evidence to the internet only for the accused’s reputation to remain intact.

What happened — On March 9, 2021, Won’s ex-girlfriend Cleo “cle0h” Hernandez tweeted an extensive Google Doc that explained her relationship with Won and the abuse she experienced. She included screenshots of alleged text messages between the two, and an audio recording that appears to show her explicitly telling him to stop a sexual advance and him continuing despite her objections. Hernandez said she had been working on the doc for a year prior to posting it.

Hernandez tells Inverse that her Twitter account had been suspended because “some kid told me he thought I should be raped again so I told him to die.”

Hernandez’s accusation was enough for developer Riot Games to launch a formal investigation. Riot eventually posted an update in May 2021 that ruled Won would be banned for six months for “failing to fully cooperate” with the investigation. The update also noted that the matter had been “referred to law enforcement.”

“It was determined that on at least two occasions Sinatraa misrepresented certain facts, made false statements, and did not cooperate with the investigation in a way expected of a professional Valorant esports player. Of note, Sinatraa’s public commitment on social media to provide the full audio and video clip referenced in the original post was never fulfilled,” the Riot post read.

“Valorant is a cesspool.”

Won started playing Overwatch for Selfless Gaming in 2016 as his first esports gig and signed with the San Francisco Shock in 2017. The team went on to win back-to-back Overwatch League championships in 2019 and 2020. Won was a premier player, earning more than $150,0000 a year, winning the Overwatch MVP award in 2019, and even appearing as a guest on The Tonight Show with Jimmy Fallon.

Won’s not just an esports pro, either. He has more than 1.4 million followers on Twitch, where he continued streaming Valorant even during his suspension. He would often be seen streaming with Valorant pro players, including members of his former organization, Sentinels.

What about now? Won announced his return to Valorant esports on April 12, 2022, writing that he planned to participate in the upcoming try-outs to officially rejoin the league.

The Sentinels Twitter account has started showing footage of him again, and members of the Valorant community were quick to congratulate him on Twitter for his return. Many watching the case were disappointed to learn that he could return with little to no repercussions beyond the one-year suspension.

Did Hernandez drop charges? Why didn’t the police convict Won if the evidence was so convincing? Hernandez stopped pursuing the case. That isn’t the same as “dropping charges.”

“I think it’s wrong that they let him back in after six months even though he doesn’t comply with their investigation,” Hernandez tells Inverse. “Valorant is a cesspool and I’ve known that for over a year.”

There’s reason to believe Hernandez stopped pursuing the case due to the negative impact of constant death threats, doxxing, and harassment on her mental health. She voiced sentiments that gestured toward this in a now-deleted tweet from September 2021 (via Esports Talk):

Didn’t pursue the investigation shit anymore after like April because focusing on all of it put me in a place where I tried to kill myself and I didn’t think it was worth the amount of pain it was causing me. Leave me alone. There was never court or anything just me prioritizing me.

“Boys will be boys” — Won wasn’t convicted of sexual abuse or assault. Still, many bystanders see Hernandez’s evidence plus Won’s behavior during the case to be ample evidence of wrongdoing. Those with even a vague understanding of how abuse takes a toll on the victim, plus the thousands of people heckling her for standing up to their idol, should realize how that could be triggering for someone still recovering from abuse.

According to RAINN (Rape, Abuse, and Incest National Network), only seven out of every 1,000 instances of rape are referred to a prosecutor. The organization also explains, in a more detailed graphic, that about 975 of 1000 sexual assault cases lead to the perpetrator walking free. That’s not including the number of cases where victims choose to remain silent.

Many of Won’s fans have been quick to dismiss Hernandez’s accusations. Some on Twitter have brought up how she recently started an OnlyFans and use it as “evidence” to support that she was seeking attention rather than justice. In her document about her abuse, she predicted that people would try to minimize her argument by calling her crazy. Unfortunately, many content creators and social media bystanders proved that prediction right.

The Inverse Analysis – Hernandez’s case is only one of the latest and most prominent examples of how major gaming companies and esports organizations are willing to look past sexual assault allegations (cough, Activision Blizzard). Those credibly accused of sexual assault can walk back into the industry without significant change or apology, even with a nearly nine-page document and a year of trying.

It’s unclear how Won or Cleo will proceed going forward. As for Won’s Valorant career, that’s up to the organizations potentially looking to sign him. But one thing is clear — esports organizations need to stop turning a blind eye to these kinds of allegations if they hope to rid the industry of its lingering boys-club stigma.

It’s been just over a year since Valorant pro and former Overwatch player Jay “Sinatraa” Won was briefly suspended from the game’s esports scene. After Riot Games’ investigation failed to find conclusive evidence, his friends, fans, and the league were quick to welcome him back with open arms. However, the case is far from closed.…

It’s been just over a year since Valorant pro and former Overwatch player Jay “Sinatraa” Won was briefly suspended from the game’s esports scene. After Riot Games’ investigation failed to find conclusive evidence, his friends, fans, and the league were quick to welcome him back with open arms. However, the case is far from closed.…