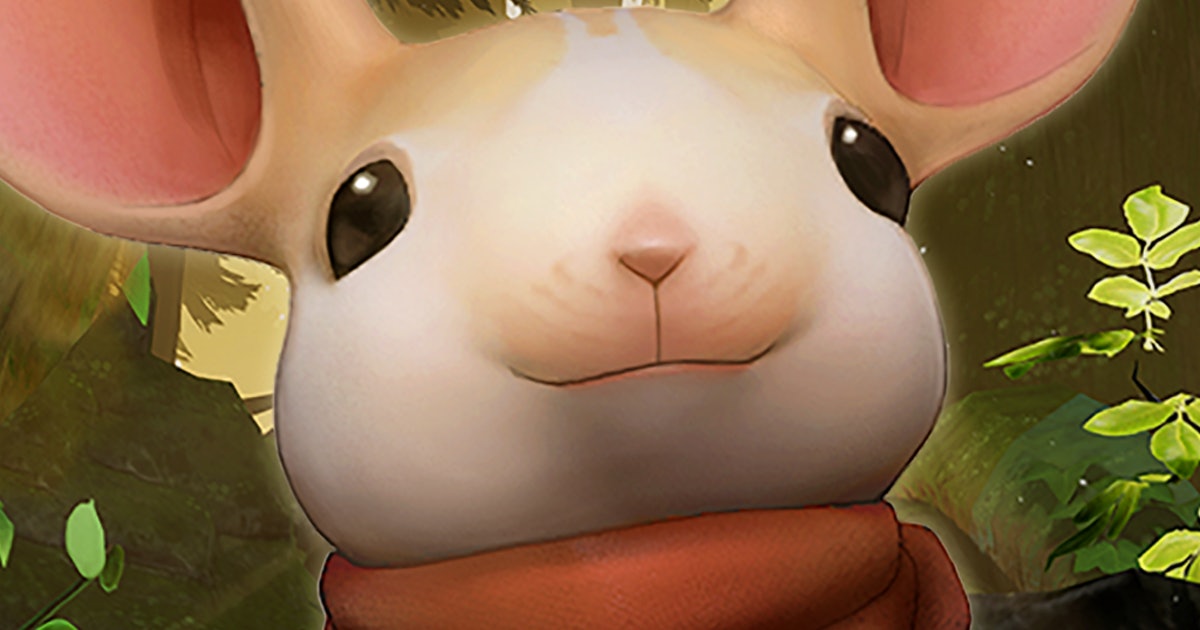 What comes to mind when you picture VR games?

If it’s complicated controls, stock photos full of neon and lasers, or someone waving their arms around while wearing a clunky headset, Moss: Book II may just change your mind.

Coming March 31, 2022, Moss: Book II is the second game from Polyarc, a studio founded in 2015 by developers from Bungie and Rockstar. The studio’s first game, Moss, was a smash hit. Released in 2018 as a PSVR exclusive and later brought to PC and Oculus Quest, Moss passed the 1-million-sales milestone in 2021 — a relative rarity in the VR space.

It did so not with flashy, mind-blowing effects or an acrobatic control scheme, but with immersive level design, a captivating story, and one adorable mouse named Quill. Based on a recent gameplay demo and a conversation with Polyarc’s Principal Artist Coolie Calihan, Moss: Book II is doubling down on what made the original one of VR’s most memorable narrative experiences.

“The reason we’re making Moss is we want to create an experience that only VR can allow, which is putting you in the middle of the story with Quill,” Calihan tells Inverse.

In both Moss and its sequel, the player takes on the role of the Reader, an invisible spirit only Quill can see with the help of a magical artifact. As the Reader, you can reach into the world to move objects and open doors for Quill, who you then control through platforming and combat challenges. But while you control Quill’s movement, she always feels like a separate character, someone you communicate with rather than embody. She reaches out to the Reader, reacts to the world around her, and notices objects in the environment without the player’s help, all of which makes Quill feel more real than most video game characters.

That unique positioning, which makes the player a guide rather than the game’s protagonist, is a big part of what made the puzzle platformer Moss stand out in a VR field dominated by bombastic experiences like jetpack basketball and hypnotic rhythm games. It’s no surprise, then, that Polyarc is zeroing in on the player’s relationship with Quill for the sequel.

“The biggest thing we want players to come away with is the emotional connection with Quill being stronger than ever,” Calihan says.

Moss: Book II aims to accomplish that in big and small ways throughout the game. On a small scale, that means better interactions with the environment, like grass moving realistically when Quill or the Reader’s hand brushes against it. On a larger scale, it comes from new options in exploration and combat. This time around, players can create bridges and climbable surfaces made from vines, giving Quill new ways to move through the environment.

New weapons and combat skills also bring Quill and the Reader closer. A massive hammer, for example, is too heavy for Quill to heft completely on her own, so the Reader has to lift it into the air, allowing Quill to deliver a powerful knockout blow.

“The biggest thing we want players to come away with is the emotional connection.”

Polyarc also wants the story in Moss: Book II to strengthen the bond between Quill and the Reader. It’s roughly 50 percent longer than Moss, addressing a common complaint from players that the original’s four-hour runtime was too short. The sequel will be “a more cinematic experience,” with Quill interacting with other characters in the game world as the Reader looks on, as opposed to the original, where voiceover and storybook interludes did most of the narrative heavy lifting.

“Players will be surprised at how strongly they feel about the events unfolding before them,” Calihan says.

Throughout our conversation, one word kept coming up in Calihan’s responses: joy. The relationship between Quill and the Reader, interactions with the environment, the game’s epic story — these are all meant to bring joy to players.

But as Calihan tells Inverse, “It’s not all happy. Growth brings pain sometimes. Any time you’re on an epic journey you expect ups and downs. You’re going to help [Quill] through those things and she’s going to depend on you.”

Focusing on joy led the team to refine Moss: Book II’s puzzles, removing roadblocks and elements that players found frustrating in the first game. Players can expect to spend more time in individual rooms, where leaning and moving to get a better look at their diorama structures is another source of joy.

“Players will be surprised at how strongly they feel.”

That doesn’t mean Moss: Book II is removing challenge altogether. Players won’t linger in the game’s environments longer just to enjoy the scenery; they can also expect new and more challenging puzzles, but hopefully without some of the friction that made repeated attempts to clear rooms frustrating in the first game.

Moss’ seated gameplay, lack of complex controls, and what Calihan calls its “universally appealing” fantasy aesthetic are also attempts at removing the blocks that keep many players away from VR. Calihan says many of Moss’ fans were people who wouldn’t normally consider themselves VR gamers, in part because it’s so approachable.

Still, VR hardware itself can be a barrier to players, whether due to motion sickness, disability, or the simple discomfort of strapping a mini computer to your face.

“It’s easy to develop games with just the majority in mind, but you need to find ways to make the game more accessible,” Calihan says.

“I can’t say we’ve come up with novel solutions for people with locomotive challenges,” he says, but he points to eye tracking (which will be part of the upcoming PSVR 2) as a way to make games more accessible to people who struggle with current VR controllers. Calihan also says the team put in a lot of effort to localize the game into 12 languages and include subtitles, along with having Quill use American Sign Language when possible.

At launch, Moss: Book II will only be available on PSVR, but the team at Polyarc is getting right to work bringing it to other VR platforms. Beyond that, Calihan says Polyarc has a lot more story to tell in the world of Moss, but for now they’re focusing on getting the latest game to as many people as possible.

“I’m biased, but I think VR entertainment is the most immersive gaming experience there is, and this is the most emotionally impactful thing we’ve ever made as a studio. Hopefully it will continue to become beloved.”

What comes to mind when you picture VR games? If it’s complicated controls, stock photos full of neon and lasers, or someone waving their arms around while wearing a clunky headset, Moss: Book II may just change your mind. Coming March 31, 2022, Moss: Book II is the second game from Polyarc, a studio founded…

What comes to mind when you picture VR games? If it’s complicated controls, stock photos full of neon and lasers, or someone waving their arms around while wearing a clunky headset, Moss: Book II may just change your mind. Coming March 31, 2022, Moss: Book II is the second game from Polyarc, a studio founded…

How to transfer your saves to next gen consoles

How to play co-op with friends