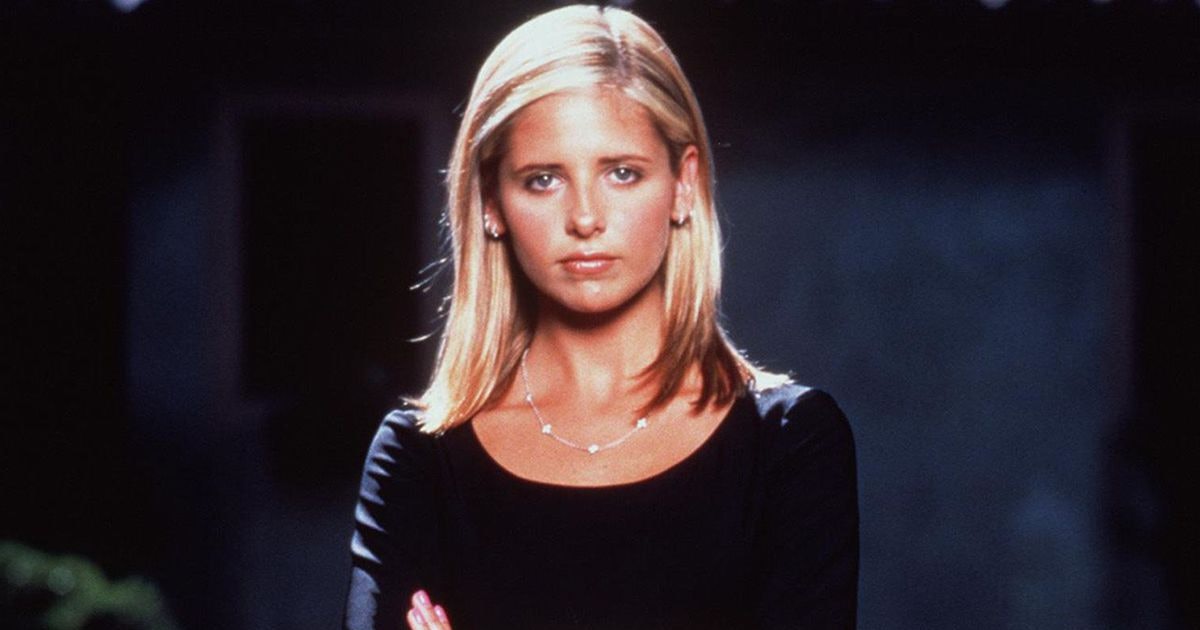 25 years ago, ‘Buffy’ failed its heroine in one important way

Remember when Buffy the Vampire Slayer was considered the feminist show of the ‘90s, forever associated with creator Joss Whedon’s very singular, kickass brand of feminism?

As Bob Dylan once warned us, “the times they are a-changin’,” and since several actors and collaborators came forward with stories of abuse and toxic behavior by Whedon, his once-beloved cultural juggernauts have become tarnished to many, with Buffy intensely debated and analyzed.

In light of the show’s 25th anniversary, the same questions have come up, the kind no one seems to have any real answers for. How should we view Buffy, a series wherein many found empowerment and community, and so many girls saw their struggles and pain reflected? Hindsight being what it is, it’s now easy to see how it came to this. The show’s so-called feminism was always problematic, and we as viewers glossed over it until it became too obvious to ignore — especially when it came to the Slayer’s sex life.

How Buffy treated its inspiring, groundbreaking heroine, Buffy Summers (so unforgettably played by Sarah Michelle Gellar she seems to have eluded all major franchises since), often bordered on sadistic. She kicked off the series as a 16-year-old girl who reluctantly accepted her powers and destiny as a vampire slayer chosen to battle the forces of darkness. By the time the show ended with its seventh season, Buffy had grown well into young adulthood. But despite allowing her to triumph over all manner of demonic creatures, none of her storylines could seem to figure out how to give its central heroine a healthy relationship.

It would be easy to zero in on Buffy and her main vampiric love interest Angel since the metaphor is so glaringly obvious. After Buffy slept with him in Season 2, this event (later revealed to be her first time) infamously caused Angel to lose his soul and revert to his evil alter ego, Angelus. Subsequently, Angelus did his damnedest to wreak havoc, not only on Buffy’s life but her friends’ lives, all in an effort to make hers as hellish as possible.

It’s pretty much every (straight-ish) teenage girl’s worst nightmare: You sleep with a guy, and he turns into a monster. But the dynamics in her first and deeply traumatizing relationship reflected a running theme with every other love interest Buffy had, even minor ones such as the caddish, faux sensitive college guy Parker Abrams in Season 4. Each time Buffy was punished for having sex — whether it was Angel, Parker, or most chillingly, Spike, the other main undead guy in her life — there was one common thread. In one way or another, Buffy was the initiator. And in the eyes of a show that depicted a girl’s desire for sex as a big deal, then actually asking for it was… asking for it.

“Even in a loving, consensual liaison, sex and violence can’t help but be deeply intertwined in this world.”

Her experience with her very human college love interest Riley Finn was the exception in Season 4. Not only did it result in a complete lack of a traumatic sexual experience, but it also became the first time Buffy awoke in bed with her chosen partner rather than alone and abandoned. It by no means prevented the consummation of their relationship from being associated with violence and non-consensual voyeurism, though.

The sex itself was juxtaposed with their latest demonic skirmish, and unbeknownst to them both, it was watched on camera by Riley’s mentor Maggie Walsh. Riley and Buffy’s pleasure in each other also inspired yet another problematic haunted house episode, with the supernatural terror fueled by their bedroom activities.

Even in a loving, consensual liaison, sex and violence can’t help but be deeply intertwined in this world, and it applied to others beyond Buffy. A girl who wanted sex, even with the nice guy (and for the most part, it was a guy), could count on a threat to her life following shortly after that. And needless to say, a woman who was overtly sexual, and worse, confident about it, was a villain who could expect a fate such as death or pretty close to it.

Look no further than rogue slayer Faith. Initially Buffy’s dark foil, she eventually became a serial murderer who defected to the enemy, then was beaten to a pulp and put into a coma by Buffy. Her redemption mostly left to the spin-off Angel.

“It seemed no girl could escape this textbook example of early aughts toxicity in this show.”

But the most egregious example was Buffy’s toxic fling with the vampire Spike in Season 6. Seen as reflective of the dark place Buffy was in at the time (dying, being resurrected, and having to dig yourself out of your own grave can do that), it was nevertheless treated as hot, an addiction she couldn’t stop herself from indulging in. And it refused to end, even after Buffy broke up with him. To viewers’ horror (including my own), their affair eventually culminated in what was then the show’s most controversial development: Spike’s attempted rape of Buffy.

Watching this episode when it aired remains one of my most vivid memories of my teenhood. And this scene changed my perception and love for the series to the point where I never rewatched it until researching this very article. At the time, it felt like the ultimate punishment for deriving enjoyment from Spike and Buffy’s previous scenes together. And to this day, I remember the sick feeling in my stomach it gave me.

It seemed no girl could escape this textbook example of early aughts toxicity in this show, or perhaps in 2002 in general. In this environment, nice guys finished last; pop culture could barely fathom them existing in the first place, which also explains why the aforementioned Riley Finn never quite worked. Check every list, and check it twice because Riley is always at or near the bottom of every character ranking. He may have begun as the friendly, supposedly supportive guy, but the show couldn’t seem to make him interesting enough to get Buffy or audiences invested in him. His character deteriorated to the point where Buffy improved after he was finally written out of his misery.

There’s at least one thing to be grateful for, and it’s that our understanding of toxic masculinity and sexism has greatly evolved since Buffy the Vampire Slayer aired, to the point where Whedon and men like him are being held accountable. In the late ‘90s, it was rare to see a girl who was strong, vulnerable, and undeniably feminine. Buffy screwed up and was always a recognizable teenage girl first but still came through to save the day, aided by a deeply memorable cast of characters.

Buffy may share some of the characteristics of its creator, but Buffy herself has continued to inspire as one of the most popular, recognizable cultural icons of our time.

Buffy the Vampire Slayer is streaming on Hulu and Amazon Prime Video.

Remember when Buffy the Vampire Slayer was considered the feminist show of the ‘90s, forever associated with creator Joss Whedon’s very singular, kickass brand of feminism? As Bob Dylan once warned us, “the times they are a-changin’,” and since several actors and collaborators came forward with stories of abuse and toxic behavior by Whedon, his…

Remember when Buffy the Vampire Slayer was considered the feminist show of the ‘90s, forever associated with creator Joss Whedon’s very singular, kickass brand of feminism? As Bob Dylan once warned us, “the times they are a-changin’,” and since several actors and collaborators came forward with stories of abuse and toxic behavior by Whedon, his…

Make your own Covid-19 test? The rise and fall of an “open-source” PCR