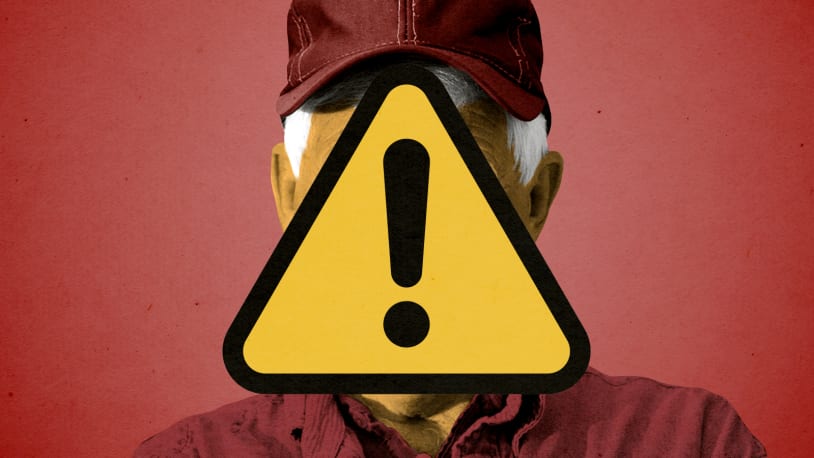 During the 1962 Cuban Crisis, so the story goes, Soviet leader Nikita Khrushchev sent President John F. Kennedy a letter offering to remove missiles from Cuba if the U.S. pledged not to invade the island nation. But before Kennedy could respond, Khrushchev sent a second, more bellicose letter, demanding the U.S. also withdraw its Jupiter missiles from Turkey. According to the traditional recounting, Attorney General Robert Kennedy suggested accepting the proposal in the first letter and simply ignoring the second.

There’s actually a name for that kind of deliberate misinterpretation as negotiation tactic: the Trollope ploy, inspired by an incident from an Anthony Trollope novel in which a woman interprets a slight hand squeeze as a marriage proposal. The idea of the Trollope ploy came in handy this week as I struggled to understand the strange policy switcheroo happening at the Heritage Foundation, a wellknown conservative think tank.

I had heard Heritage was releasing a big, buzzy report attacking Big Tech as a censorius oligopoly conspiring to suppress conservative speech and deserving of aggressive antitrust scrutiny. Yet after a quick Google search, I unexpectedly arrived at an utterly reasonable and thoughtful bit of Heritage scholarship, “A Conservative Guide to the Antitrust and Big Tech Debate.”

The report correctly concludes that the crux of growing right-wing populist hostility toward Alphabet-Google, Amazon, Apple, and Facebook (Microsoft, not so much) — including calls to break them up or even nationalize them — concerns the issue of perceived bias. Sure, the issues that anti-Big Tech folks on the left gripe about, like privacy and anti-democratic corporate power, may occasionally get a shout-out on the right. But that’s just to give the right-wing bias argument a bit more intellectual heft and broad appeal.

Indeed, Heritage analysts Daren Bakst and Gabriella Beaumont-Smith lead off their report by acknowledging that conservatives “are right to be concerned about censorship by dominant Internet platforms” — but they immediately add that “antitrust law is the wrong tool for addressing these concerns.” What follows is a persuasive explainer about what modern American antitrust law is designed to do, should do, and is effectively capable of doing.

Over the past four decades, the report says, antitrust law has been concerned solely with the economic welfare of consumers — not aiding business competitors — and protecting consumers from anti-competitive behavior. Tax rates have fallen and risen, deficits have receded and expanded, but the consumer welfare standard abides. And by limiting the power of government to use antitrust to reshape industries and the economy in pursuit of what Bakst and Beumonth-Smith call “vague political and social objectives,” the consumer welfare stands as arguably the greatest conservative policy achievement.

I was a bit confused. The Heritage report wasn’t at all an attack on Big Tech. Then I noticed the date on the report: December 1, 2020. Oh. A year or two is a long time in American politics, especially with a right wing that continues to shed its free-market stances in favor of populist interventionism. Heritage also hired a new president late last year.

Anyway, I quickly found the updated Heritage take on regulating the sector: “Combating Big Tech’s Totalitarianism: A Road Map,” published on Monday. The report’s language is more circumspect, especially to the non-expert, than the title would suggest, and it includes lots of common conservative rhetorical trappings such the phrase “human flourishing” and a fat quote from Democracy in America by Alexis de Tocqueville.

But make no mistake: The 2022 report is the evil twin of the 2020 report. The new one recommends doing just what the old one recommended against: using antitrust as a governmental cudgel against Big Tech for perceived bias. To what end? Although the report only suggests “holding Big Tech accountable,” other populist critics have mentioned breaking the companies up or using the threat of breakup to intimidate them into running their sites differently.

A good chunk of the paper is a citation of anecdotal evidence of alleged conservative speech suppression, including the current Joe Rogan-Spotify controversy. (Note: The paper has a loose definition of “Big Tech.” Spotify? Twitter? Really?) Perhaps one reason for the report’s heavily anecdotal nature is that more empirical evidence of comprehensive, systemic bias is hard to come by. So it’s stuck with oddball supporting studies like 2019 research showing that of 22 “prominent, politically” active Twitter accounts suspended since the platform’s inception, 21 were pro-Donald Trump versus one that was pro-Hillary Clinton.

But those accounts probably weren’t suspended because of their advocacy of former President Donald Trump’s tax and trade ideas or some such. Rather, they are a rogues’ gallery of “outspoken or accused white nationalists, neo-Confederates, holocaust deniers, conspiracy peddlers, professional trolls, and other alt-right or fringe personalities,” according to TechDirt.

By contrast, a 2021 New York University analysis concludes “the claim of anti-conservative animus is itself a form of disinformation: a falsehood with no reliable evidence to support it. No trustworthy large-scale studies have determined that conservative content is being removed for ideological reasons or that searches are being manipulated to favor liberal interests.” It notes, for example, that in the three months before the 2020 election, Trump dominated his then-rival, Joe Biden, on Facebook with 87 percent of 307 million total interactions versus 13 percent for Biden.

As for the economic damage from changing American antitrust laws, I would refer you back to the 2020 Heritage paper or a new Cato Institute analysis offering a point-by-point rebuttal to the 2022 Heritage report. Cato makes it clear that while the first Heritage paper has enduring value as a serious policy document, the second is more useful as a “history and anthropology of American conservatism” — especially as it has become consumed by culture war. The later paper is a “roadmap for interfering in First Amendment‐protected content moderation, empowering federal bureaucrats in alphabet soup agencies, and hampering innovation and growth among America’s most famous and successful companies.” Fact check: accurate.

I will do my best to pretend only the first Heritage paper exists.